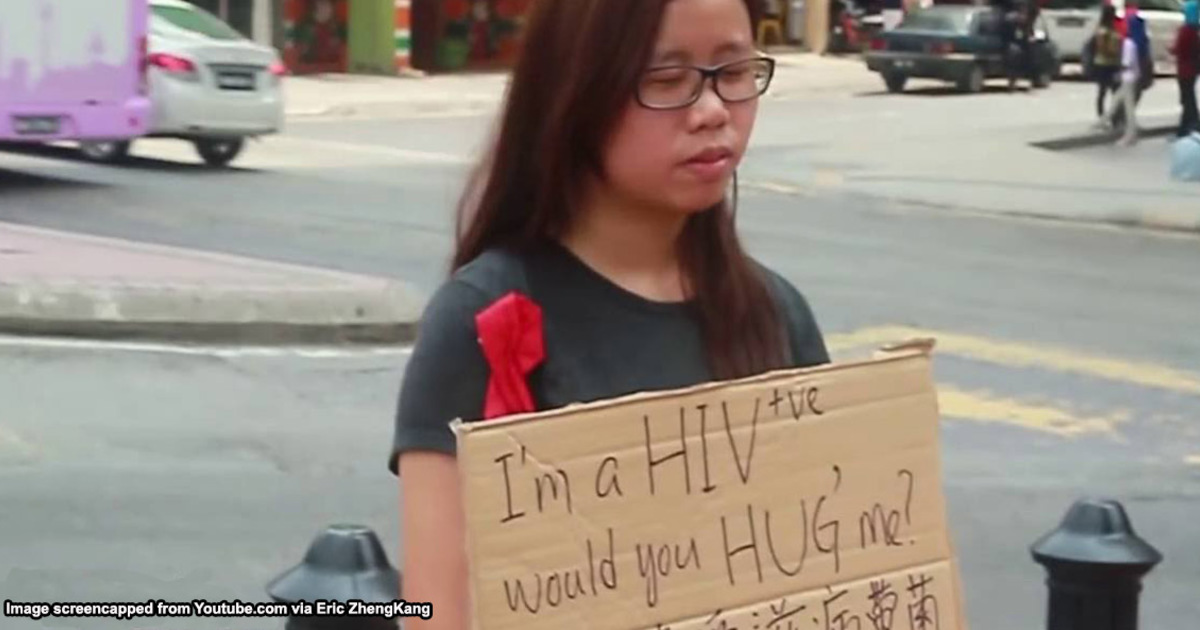 Is it a crime to sleep with someone in Malaysia if you have HIV?

The feature image was screencapped from a Youtube video. You can watch it here.

To not beat around the bush (heh), people are generally more open to sex these days. Whether you choose to dabble in it after marriage or in a relationship or even through multiple hookups, it is all good. The crux of it all is to do it safely and with the full, informed consent of your partners. However, sometimes accidents do happen and things get...messy.

For example, you can be extremely safe but it only takes one slip up to end up with a sexually transmitted disease (“STD”). Most of the times, these STDs are curable with a slightly mortifying visit to your doctor and dose of medicine. However, there is one virus that is incurable...the human immunodeficiency virus or commonly known as HIV.

Since it is incurable, the law takes a harsh stance against the transmission of HIV. For example, in Canada, a man by the name of Johnson Aziga became the first man to be convicted of first degree murder after the two women he transmitted HIV to died from complications from AIDS.

Aside from this conviction in Canada, the UK relies on section 18 and section 20 of the Offences Against the Persons Act 1861 to convict those who either intentionally or recklessly pass on HIV to their sexual partners.

Before we delve into the legal situation in Malaysia, let’s have a quick lesson on what HIV is.

You don’t die from HIV but…

The first thing you need to know is that you don’t get AIDS. You get infected with HIV and this may or may not develop into AIDS. A HIV infection can come through the blood, vaginal fluid, semen and breast milk of those infected with HIV. This means that HIV can be transmitted through unprotected sex, sharing of needles, contaminated blood transfusions, and from an infected mother to her child.

There have been no documented cases of HIV transmitting through tears or saliva.

If you have been infected with HIV, the body starts producing antibodies to fight this virus and these antibodies are what the blood tests look for. However, generally, blood tests are more accurate if done after 3-6 months from the date you were exposed to the infection. Even if the tests can’t detect the presence of HIV, it is still possible for you to transmit the virus on to someone else. You can read more about the early symptoms of HIV here.

Even if you are HIV positive, you can still be healthy but failure to take medication (antiretroviral therapy) will cause the virus to slowly erode your immune system over the years, leading to AIDS. You won’t die from AIDS but living with AIDS means living with a severely compromised immune system which means that you are extremely susceptible to all kids of infections and your body has a harder time fighting infections off.

Now that we have covered the basics of HIV and AIDS, let’s move on to the legal side.

Malaysia has strict laws against the transmission of HIV

The first point of reference would be in section 12 of the Prevention and Control of Infectious Diseases Act 1988 which states that:

“No person who knows or has reason to believe that he is suffering from an infectious disease shall expose other persons to the risk of infection by his presence or conduct in any public place or any other place used in common by persons other than the members of his own family or household.”

This means that if you are aware that you are living with HIV or you have reason to believe that you might be living be HIV,  you are not allowed to expose the risk of infection to people around you, whether it may be in a public place or a place that is commonly used by persons other than your family members. You are also not allowed to act in a way that is likely to pass on the risk of infection.

To put it in perspective, here are some examples:

Ahmad is living with HIV and is aware that he has HIV. He has sex with a girl without informing her of his HIV status and without using a condom.

Ahmad is living with HIV and is aware that he has HIV. Ahmad purposely pricks himself with a needle and goes around pricking strangers with the said needle.

Ahmad is guilty of an offence under section 12.

The next batch of laws can be found in our Penal Code and we will explain each of them in turn:

If you are wondering why there is a difference in the punishment between the sections, it is because section 269 punishes people who may not have wanted to pass on HIV but acted in a way that showed that he could not care less whether or not he infects another person with HIV (negligently).

Section 270, on the other hand, punishes people who purposely pass on HIV to other people (malignantly).

So, to put it in the context of the above examples, the first example would probably fall under section 269 as Ahmad was just incredibly negligent as to the risks of transmission. It has to be noted even if you have unprotected sex with a HIV infected person, there is a chance that the virus might not transmit. It all depends on the level of viral load present at the time of the unprotected sex. You can read more about it here.

The second example would most likely fall under section 270 as the act of pricking someone on purpose is definitely an evil act.

The important thing about sections 269 and 270 is that it makes an offence even if the infection doesn’t happen as long as it is likely to happen. This is seen in the wordings of both sections:

“...likely to spread the infection of any disease dangerous to life...”

The next section which deals with infecting people falls under causing hurt.

“Whoever causes bodily pain, disease or infirmity to any person is said to cause hurt.”

Now, there are two kinds of hurt in the Penal Code – the “normal” hurt and “grievous” hurt.

“Normal” hurt means that it is less serious.

“Grievous” hurt is specifically mentioned in the Penal Code and it is basically the more serious injuries such as the blinding of eyes. Transmission of HIV might be classified as grievous hurt as section 320(h) states that:

As you know from the brief blurb on HIV and AIDS given above, HIV is indeed a disease that has the capacity to endanger your life. However, as we couldn’t find any Malaysian case law on this point, this issue remains open for the interpretation of the courts.

The punishment for causing hurt is up to a year in prison while causing grievous hurt gives you up to seven years in prison.

The next question you may have is, would this be considered rape?

Giving someone HIV on purpose is not considered rape

As compared to stealthing, which is removing the condom secretly during sex (and you can read about it here), passing on HIV deliberately is not considered rape.

For those of you who have been keeping up with our articles, you would know that the crux of rape is the issue of consent and not the presence of violence/intoxicants/drugs. Given the issue of consent, a question was actually posed in the UK case of R v EB as to whether a person is guilty of rape if he has consensual sex without revealing his HIV status?

[READ MORE: 7 rape scenarios found in Malaysian law that you didn’t know about]

The Court of Appeal decided that:

"Where one party to sexual activity has a sexually transmissible disease which is not disclosed to the other party any consent that may have been given to that activity by the other party is not thereby vitiated. The act remains a consensual act." (at 17)

This means that not disclosing your HIV status is not tantamount to rape because they did consent to the sexual activity but there are tons of other laws to look at.

Now that we have laid down the law, what does it mean exactly?

It goes without saying that if you choose to indulge in sex, casual or not, always remember to use protection. If you are in a long-term relationship and would like to avoid using protection, you can always opt to undergo a blood screening with your partner to ensure that the both of you are safe (remember to do this more than once because it takes about 3-6 month from the last exposure for a more accurate result).

If you think that HIV transmissions through sex are pretty rare, you might want to think again.

At the end of the day, if you think you may have been exposed to a potential HIV infection, stay calm and get yourself some PEP pills. PEP stands for post-exposure prophylaxis and has to be taken within 72 hours of exposure in order to prevent getting infected. You can read more about it here. There are also PrEP pills which are taken by high-risk individuals before exposure to prevent infection.