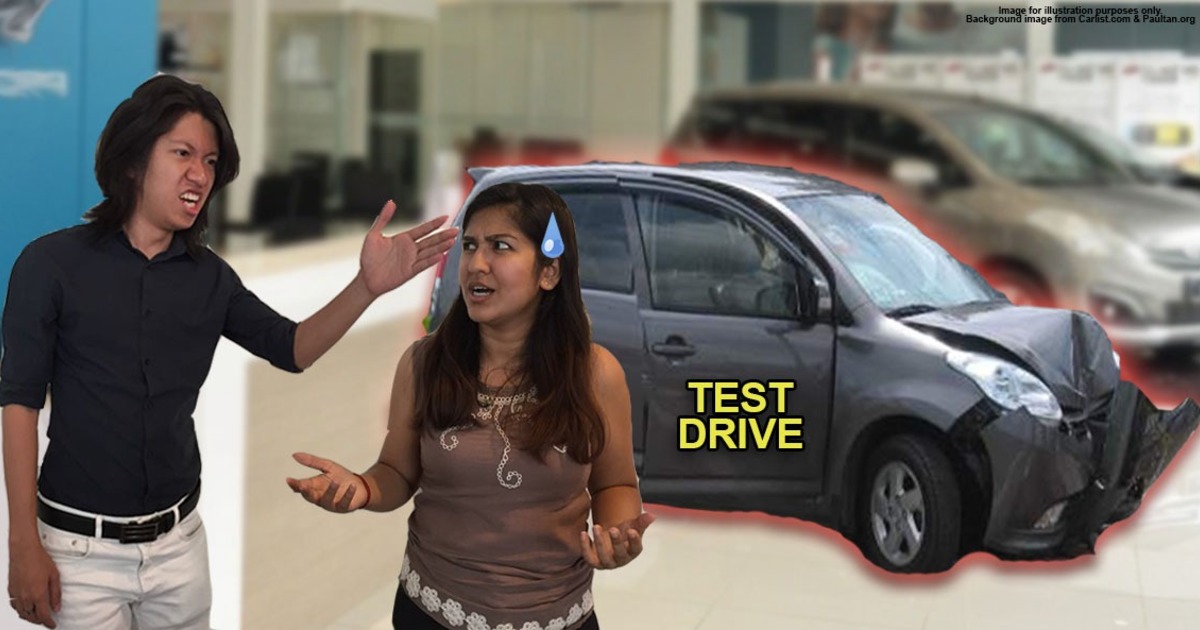 If you crash a test drive car in Malaysia, do you have to pay for repairs?

about 3 years ago Eric Wong

Imagine this: Your car feels a bit old and you’re feeling a bit fancy. Time for something new. Feeling excited, you go to the dealership and take one of your favourite models for a test drive, with the salesperson sitting in the passenger’s seat chatting away. Everything’s going fine: the chair feels comfy, the handling’s perfect, you’re daydreaming of holding your partner’s hand while driving and...BANG!! You’re back to reality; you just rear ended another car.

You haven’t even bought the car, and now you might have to pay for the repairs. Or do you? Are you responsible to pay for accidents during a test drive?

Surprisingly, in some cases you don’t have to, because it depends on how big the damage is.

You don’t have to pay for small damages

Rejoice! If it’s minimal damage such as a scratch or a ding, the general rule is that the dealership will absorb the repair costs for minor accidents. We called up Proton, and their spokesperson told us that test drivers are usually covered under something called a fleet insurance. A fleet insurance is basically used for new, unregistered cars.

If you’ve noticed, before you go on a test drive, the salesperson will photostat your license (or IC) and ask you to sign a form. They are actually signing you up temporarily for their insurance. This way, when an accident happens, regardless of who is at fault, the fleet insurance will cover for all small damages resulting from the crash.

However, you need to take note that you do not sign a liability waiver instead. Because if you did, that means that the car repairs will be on you. When you sign a liability waiver, you’re basically saying that you’re taking the risk and responsibility from the dealership, and will pay for any damages that happen during the test drive.

But don’t worry – liability waivers are quite rare, because dealerships wouldn’t want to discourage potential customers from taking their car for a test drive. So it’s important to always pay attention to any paperwork you sign before going on a test drive.

However things work a little differently if you cause more than just a scratch...

You’ll probably have to pay for big damages

Here’s the not-so-fun part. If you got into a bigger accident—say, the car turned over, or one whole side of the car becomes completely damaged – the dealership will ask you to pay for the damages caused.

And if you were thinking you could get away by telling the dealership that you’re unfamiliar with the car, it’s not exactly the best excuse. Whether it’s new or not, you are expected to be reasonably careful as an ordinary driver would be, as we can see in the case of KR Taxi Service Ltd & Anor v Zaharah & Ors whereby it was decided that:

“...the defendant's duty, like that of any other road user, was to exercise reasonable care.”

But like any other road accident, you’ll have to lodge a police report first. PDRM will then investigate to determine who is at fault for the accident. You should make sure you report it within 24 hours, as Section 52(2) of the Road Transport Act 1987 (RTA) states:

“In the case of any such accident as aforesaid the driver of such motor vehicle…...shall report the accident at the nearest police station as soon as reasonably practicable...within twenty-four hours of such occurrence…”

Once the investigation is complete, and if it’s determined that you’re responsible—your personal car insurance policy will kick in. Basically, the same rules will apply if you’re driving your own car or even a rental car. However, this would depend on how much insurance coverage you have for your current car.

But if you never owned a car, and this was probably going to be your first (and you ended up crashing the test drive car at the start) you’d most likely have to fork out your own cash because you don’t have an existing car insurance policy.

[READ MORE: Can you still report an accident to the PDRM after 24 hours have passed?]

Now some of you might wonder, would things be the same if SOMEONE else hit the test drive car you were driving, instead?

You won’t have to pay a single cent!

The other driver hits your car

If it was the other driver’s fault, the dealership will handle the accident reporting and claims will be made against his own car insurance.

But if the other driver has no insurance, the dealership will then resort to its own insurance for the repairs. And if you are hurt, you will have to treat your injuries through your personal car insurance or health insurance. In this case, your car insurance must have what we call a ‘UM’—uninsured motorist coverage. This coverage will insure you from injuries suffered in an accident caused by the uninsured driver.

The test-drive car was faulty

If all evidences point that the accident was caused by a vehicle defect, the dealership will be responsible for the repairs. Their insurance company will have to compensate for any injuries suffered by anyone involved in the incident.

All in all, if ever you’re involved in any car accident, consult your insurance agent first before admitting fault.

[READ MORE: How To: Handle a traffic accident in Malaysia] 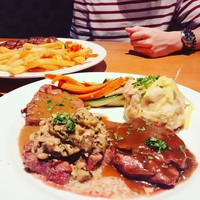 There is no greater joy than to have an endlessly changing horizon, for each day to have a new and different sun.