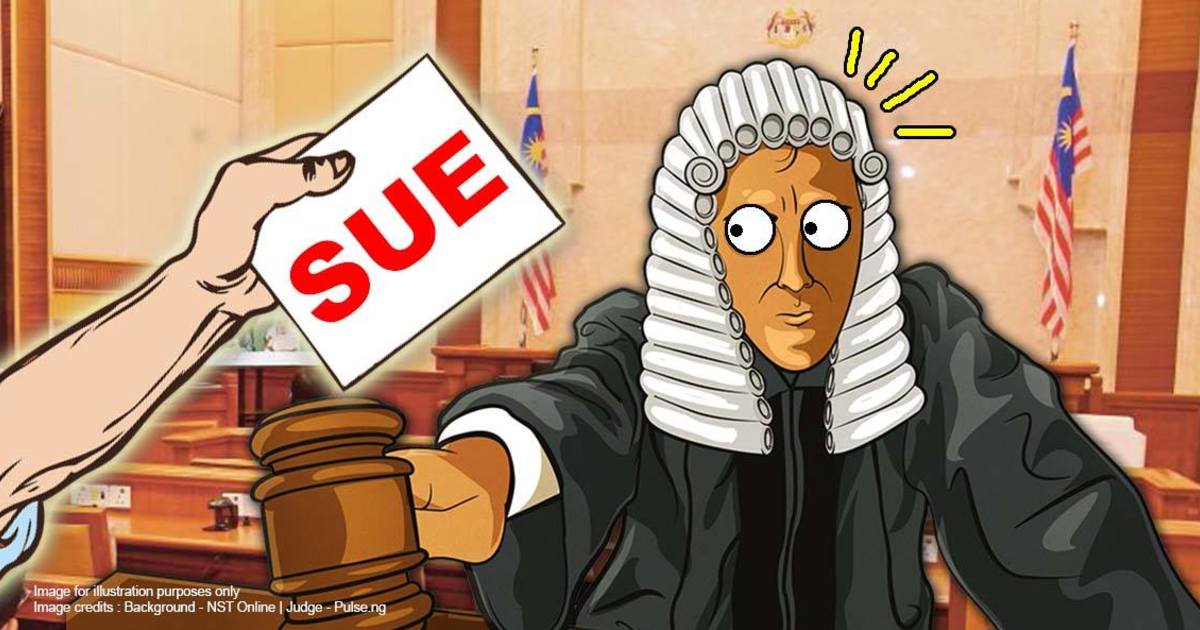 Can judges get sued if they make a mistake in Malaysia?

Imagine this scenario – you are in court, waiting for the judge’s decision on your case. You are pretty sure that you are going to win it hands down because you consulted a whole bunch of lawyers and they all tell you that the law in clearly in your favour. Even your opponent is not denying the fact that he was wrong; he is just trying to pay you less damages. As you wait for the judge to deliver his verdict, you sit there with a giant smile on your face andddd the judge then finds that...you are actually in the wrong.

Gobsmacked, the smile slides off you like sour juice. Your lawyer is equally floored and even your opponent looks surprised beyond belief. As you exit the court, your anger builds up more and more and that’s it! You decide that you are going to sue the judge for his wrong decision but...can you actually do that?

This article was partially inspired by the comments we got on our article about the Low Yat case where the guy was released due to a technical mistake. Many people then asked if the judge could be held responsible and be forced to resign.

Judges have immunity in Malaysia

Section 14 of the Courts of Judicature Act 1964 reads:

“No Judge...shall be liable to be sued in any civil court for any act done or ordered to be done by him in the discharge of his judicial duty, whether or not within the limits of his jurisdiction, nor shall any order for costs be made against him, provided that he at the time in good faith believed himself to have jurisdiction to do or order the act complained of...”

The section above basically tells us that a judge cannot be sued (in a civil action) for anything he does in the course of carrying out his duty if he does it in good faith. This means that even if the judge misinterprets a point of law or misapplies it, he or she cannot be sued for it.

Before you get mad, there are legitimate reasons for judges to have this sort of immunity. Section 14 comes from the common law which is rooted in the grounds of public policy. The idea is that if judges don’t have such an immunity and can be taken to court for things that they say or do in the course of carrying out their judicial duties, then the judicial system wouldn’t be able to function as efficiently as it does. This is because the judges would be too dogged with fear and wouldn’t be able to pass decisions without fear or favour.

Basically, judges need to free of fear in order to do their jobs well. It’s like how your boss gets mad at you and demands that you change your draft and breathes over your neck while you do it. You tend to be more aware of whatever you are doing and tend to perform slightly worse because you are expecting your boss to lash out at you. The same idea applies for judges; if they keep waiting for the hammer of retribution to fall, they can’t decide cases in a way that ensures justice is served.

This is why judicial immunity is coupled with the fact that judges have security of tenure. We won’t go into the nitty gritty provisions set out in the Federal Constitution as it is pretty long but basically security of tenure means that once a judge is appointed, they cannot be removed from office unless they have been found guilty of misconduct and only then, through a special legal mechanism.

Aside from that, their age of retirement is strictly provided for and their salaries cannot be reduced. Once again, the judges need to have this because they are the ones who need to interpret the law, free from political issues and they must have the ability to carry out their duties with impartiality.

However, it is important to note that this immunity is not absolute. As explained by our past Chief Justice, Tun Ahmad Fairuz Sheikh Abdul Halim,

"The immunity of a judge is not absolute. A judge is not above the law, is he?...If you can prove mala fide (bad faith), you can get to the judge," – Tun Ahmad Fairuz Sheikh Abdul Halim as quoted from The Sun

For the judges to be immune under section 14, there are two conditions (as a matter of speaking):

Aside from that section 14 only protects judges from civil actions and not if they commit criminal acts such as corruption and this was explained in the case of Indah Desa Saujana Corp Sdn Bhd & Ors V. James Foong Cheng Yuen & Anor:

It cannot be gainsaid that a judge who commits any criminal act of corruption or corrupt practice is not immune under s. 14 of the Courts of Judicature Act 1964 (CJA) from prosecution, and the AG, who is also Public Prosecutor, should not represent judges in such cases – Vincent Ng J

Now that you know the immunity is not absolute, the next question you may have is what happens if the case falls within the immunity given to the judge and they messed the law up?

This is why appeals exist

If you are unhappy with the judge’s decision or you feel that he has wrongly decided a case, you can always choose to appeal the case to the higher courts. An example of how an appeal works is the Attorney General appealing against the decision of a Sessions Court judge in a case of suspected maid abuse because the sentence given by the judge is believed to be inadequate.

Aside from appealing a case, courts in Malaysia are also empowered with revisionary powers which is basically when the courts have supervisory powers over the courts below them to ensure that a miscarriage of justice doesn’t happen. Section 35(1) of the Courts of Judicature Act is the section that gives the High Court general supervisory and revisionary powers over the lower courts.

Beyond that, judicial decisions are also not free from criticisms and commentaries by academics and other courts. The best example of this can be seen through the case of Tan Yin Hong v Tan Sian San, which overturned the highly publicised (and criticised) case of Boonsom Boonyanit v Adorna Properties where the judge said the following:

I am legally obligated to restate the law since the error committed in Adorna Properties is so obvious and blatant.” – Zaki Azmi CJ, Federal Court on the 21st of January 2010

You can read more about the roller coaster case of Boonsom Boonyanit here. 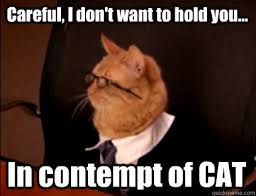 However, just because judges’ decisions can be commented and criticised upon doesn’t give you the freedom to run your mouth because they can charge you with contempt of court. Contempt of court can happen in one of three scenarios:

At the end of the day, judges having immunity doesn’t mean that they can act with impunity. They must still act with the final idea of justice in mind and judges who misbehave can be removed from their position. It really is nothing different from your boss giving you the power to make decisions when you are working but such decisions you make must, at the end of the day, benefit the company.