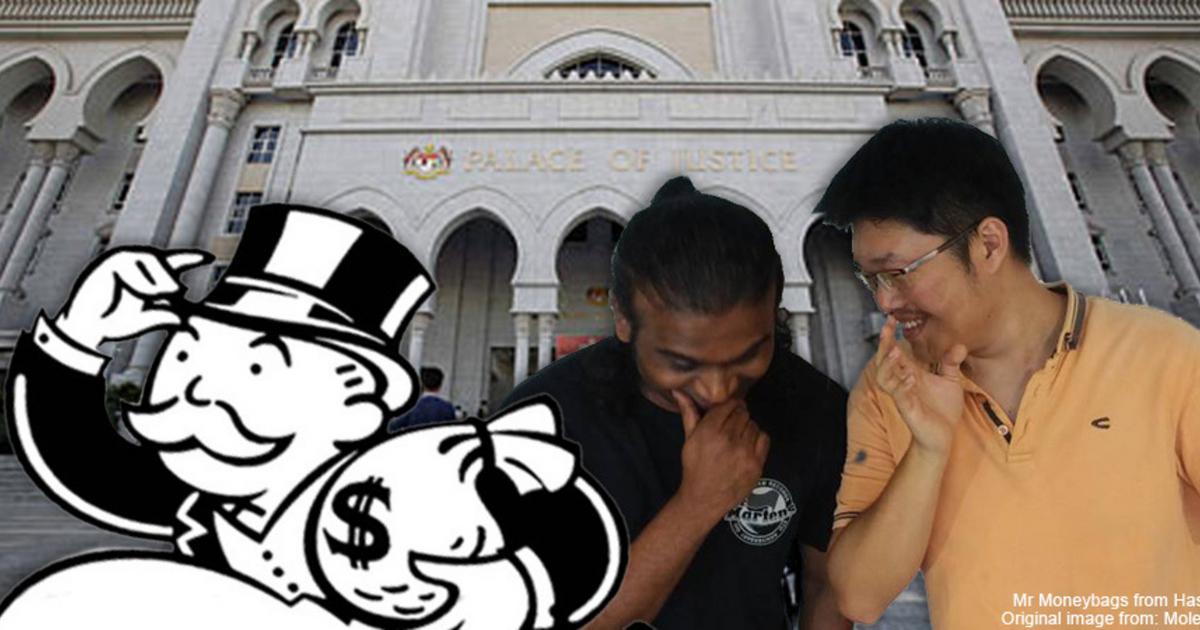 If you spread rumors about 1MDB, you may actually hurt the investigation. Here's why

We have freedom of speech in Malaysia, but that freedom to express and discuss is not absolute. On 24 July 2017, the Dewan Rakyat became chaotic after a motion to discuss 1MDB was rejected on grounds of being "sub judice". This is not the first time Malaysians have seen this happen with discussions of 1MDB in Parliament. Sub judice has been used beyond what can be discussed in Parliament, for instance, a report relating to N Dharmendran’s death in police custody has also been called sub judice by the Inspector-General of Police. All this mention of sub judice, but in the first place, what does it mean and how does it work?

Sub judice is latin for “under judgment”. The rule is that cases which are being decided by the courts have limits on how they can be discussed publicly. Sub judice limitations exist because of 3 main reasons:

1) preserving the role of the court;

3) controlling pre-judging and wrongful speculation (it tends to end ugly).

Here’s why you shouldn't speculate and make accusations

Even we have been asked by a reader on another article. We had to check to be sure too!

Before a case is decided, what could get you in trouble is when you allege facts, make accusations, or give opinions on what should be done by judges. An example of this would be the case of Roach v Garvan (1742) where a journalist published an article shaming a witness to court trial. The journalist was found in contempt for the following reason by Lord Hardwick:

“Nothing is more incumbent upon courts of justice than to preserve their proceedings from being misrepresented. Nor is there anything of more pernicious consequence than to prejudice the minds of the public against persons concerned as parties in causes before the cause is finally heard.” - emphasis added by ASKLEGAL.

Why is this important? Because sub judice discussion may allow a guilty person to walk free.

While individual comments don’t do much harm, widespread allegations can quickly become accepted as truth with zero proof. This pretty much ensures there can be no fair trial, because the public has pre-judged the accused using mob rule, in which case the court has no choice but to let the possible criminal go free. This is because Article 5(1) of the Federal Constitution provides that:

“No person shall be deprived of his life or personal liberty save in accordance with law.”

Consider if the person was in fact innocent, but pre-judging had clouded everyone’s judgment into believing they are guilty. Or what if condemning a criminal ends up letting him walk free because a fair trial is no longer possible?

This used to be much more serious when Malaysia still used a jury system. As members of the public, juries could be influenced by speculation and end up making biased decisions. Take an exaggerated example of a jury hearing a case about snatch thieves: they could be influenced by social media discussions about heartless and violent snatch thieves being on the rise, or fear being ostracized for not agreeing with those statements. They might be pressured and decide that two snatch thieves who were unarmed deserve the death penalty, a penalty reserved for heinous crimes in Malaysia, most notably murder.

While the jury system was abolished in 1995, it's still a concern that rumours and speculation can affect investigator and witness perceptions, and even discourage people from taking legal action in fear of public stigma. To help you imagine what’s possible, consider that back in 1980, investigators, media, and the public all going full sub judice about an Australian mother’s taken child put her through 32 years of being wrongly shamed as a murderer.

You can still discuss ESTABLISHED facts of a case

Matters that go to court are serious in nature, and they sometimes involve matters of public interest. Can you discuss it publicly? Yes of course, but with a few restrictions.

Facts that have been established in court can be openly discussed, and it is fair to critique and comment on them. For example, reported facts in the news are more likely established fact than a message you received on WhatsApp with no source.

This is well within freedom of speech guaranteed by Article 10 of the Federal Constitution, subject to several exceptions. For sub judice, we’re particularly interested in the exception of contempt of court.

What is Contempt of Court?

Simply put, "contempt of court" is anything that disturbs or prevents the court from doing its job. Contempt of court can be punished by the courts themselves as provided in Article 126 of the Federal Constitution. But wait, “contempt” isn’t even defined in the law! What this means is that judges have a lot of discretion what they interpret as contempt of court, but in practice the list includes the following:

1) Interfering with court proceedings (such as barging into the courtroom)

2) Bribing or threatening a judge or witness

3) Threatening a person to keep them from suing

5) Defaming a judge or the court system (fair comment is allowed, but not attacks)

6) Saying anything that would prevent a fair trial

Judges do consider that the media has a role to play in catching criminals, but that role of spreading information stops where judgment and finding the truth begins. Contempt is not a very satisfactory area of law in many countries, as it’s full of contradictions and ambiguities. Generally, if no harm was done to a fair trial, the judge will be slow to cry “contempt”.

Talk freely, just leave the judging to the court

If there’s only one thing you remember about sub judice, let it be this: you can freely give fair comment and critique, but don’t pre-judge anything.

There’s always been a fine line between rule by the people and rule by the majority. The sub judice restrictions are in place to prevent a trial by the media, or more relevant to today: trial by social media. Freedom of speech comes with the discipline and responsibility to not harm others with it, and we can all be more aware of what we say.

We don’t see a better way to end than this quote from Lord Reid in Attorney-General v Times Newspapers (1973):

“I think that anything in the nature of pre-judgment of a case or of specific issues in it is objectionable, not only because of its possible effect on that particular case but also because of its side effects which may be far reaching. Responsible ‘mass media’ will do their best to be fair, but there will also be ill-informed, slapdash or prejudiced attempts to influence the public. If people are led to think that it is easy to find the truth, disrespect for the process of law could follow,...”