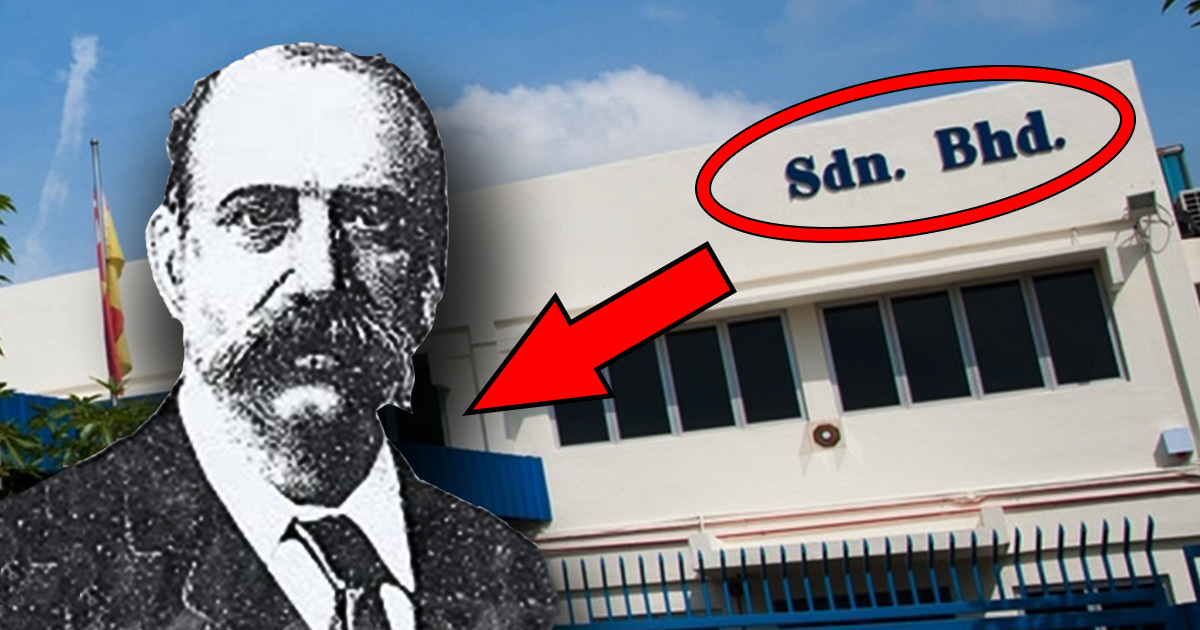 When you wake up in the morning, what products do you use? Chances are, some of those products were made or imported by a company formed in Malaysia bearing the suffix “Sendirian Berhad” (Sdn Bhd). You’ve probably wondered this before: what does Sdn Bhd even mean?

“Sendirian Berhad” means that the company is privately owned (Sendirian), and has what is known as “limited liability” (Berhad). This comes from the fact that any company with a “Berhad” is considered as a “person” by the law.

Wait, what? How can a company be a person?

In company law, a corporation is what we call a separate legal entity. Basically, a company is considered as a “person” in the law, and it has its own rights and liabilities. On the other hand, “limited liability” is a concept that makes the shareholders of a “Berhad” company not responsible for the company’s debts and obligations. Their maximum liability is limited to however much money they paid to buy their shares in the company - this is where the “Berhad” comes from.

If you’d like to know more about how this works, the details are in our previous article here:

[READ MORE - If a Malaysian company that owes you money goes bankrupt, can you sue the boss to get it?]

Separate legal entity is an old rule that we still use today in our company laws. As stated in Section 20 of the Companies Act 2016:

“A company incorporated under this Act is a body corporate and shall -
1. have legal personality separate from that of its members; and
2. continue in existence until it is removed from the register.”

But there’s a story behind how this rule came to be. You see, the rule wasn’t always understood by everyone, even by the court judges themselves, which led to a long drawn dispute back in 1893 - the case of Aron Salomon v Aron Salomon and Company, Limited.

Aron Salomon was a man from the UK who traded in leather and manufactured boots to be sold. He was a family business type of guy, and he’d been through his fair share of ups and downs, but a wife and 5 kids weren’t easy to provide for.

Despite that, Aron Salomon managed to make his business prosper, making enough to support his family, with enough leftover to build his business capital. He decided to form a company with liability limited by shares with his family in late July of 1892. The Companies Act 1862 at the time required at least 7 people to own a company together, so he had just enough family members to do that. After the administration work was done, “Aron Salomon and Company, Limited” was born.

There were a few transactions that happened after that which can get a little confusing. But long story short, Aron Salomon sold his business to “Aron Salomon and Company, Limited” - which is made possible because of the separate legal entity concept we discussed earlier. Just to make sure you understand who owns what here:

There are two “people” - Mr. Salomon and “Aron Salomon and Company, Limited” (we’ll call it “the Company” from now on)

Mr. Salomon + his family own shares in the Company

Mr. Salomon sold his leather and boot business to the Company

Mr. Salomon (the man, not the company) got a special class of shares from the Company called “debentures” in return for his leather and boot business. Debentures are special because whoever owns them gets first priority over all over shareholders and creditors to get their money back if the Company goes bankrupt. (this will be important for what happens later)

But alas, nothing lasts forever

Using his debentures as collateral, Aron Salomon got a loan from a guy named Edmund Broderip, at an interest rate of 8 percent. Things went well for Mr. Salomon and his Company for a while, but after some downturns in the boot trade, Mr. Salomon failed to pay Mr. Broderip for the loan. So in September 1893, just a little over a year after the Company was put together, “Aron Salomon and Company, Limited” was liquidated to pay back its creditors. If you’re not familiar with the term, “liquidated” basically means that all the company’s belongings were sold off to pay its debts, and it ceases to exist after that.

The problems began here. A liquidator was appointed by the creditors to handle the dues and make sure the creditors would get back however much money was still left. Remember those debentures Mr. Salomon owned? Mr. Salomon redeemed his debentures (which gives him priority) and paid Mr. Broderip back, settling the loan. There was only a balance of £1055 left after, but the other creditors of the company still needed to be paid a whole £7733.

Displeased and wanting their money back, the unpaid creditors got the liquidator to sue Mr. Salomon in the name of the Company. They claimed that the debentures were issued to commit fraud against the creditors, so that the money that went to Broderip and Salomon should have went to the unpaid creditors instead.

From here, things didn’t go well for Mr. Salomon at all.

The lawsuit got appealed. Twice.

Mr. Salomon, being unhappy with such accusations, appealed the case. But this was in vain.

The Court of Appeal also thought that Mr. Salomon abused the privileges of having a limited liability company. They said that he was abusing his family members’ names to meet the 7 shareholder requirement, so he could create a company under his control, while hiding from having to pay his creditors. The Court of Appeal therefore also ordered that he should pay up for what the Company owed.

There was but one appeal left, to the highest court in the UK - the House of Lords (now known as the Supreme Court) before the decision was final and Mr. Salomon would be pretty much ruined from having pay a huge sum to the Company’s creditors. Lucky for him, it turned out that the High Court and the Court of Appeal had gotten their law all wrong.

We risk oversimplifying the case here, but in essence, what happened was that the learned judges of the High Court and Court of Appeal didn’t quite understand the law correctly, and so they came to the wrong conclusions.

If you remember from earlier, the Court of Appeal concluded that Mr. Salomon was merely using his family members as puppets to fulfill the 7 shareholder requirement, and there was an accusation of overvaluing the leather and boot business which had to be addressed.

The House of Lords found that the evidence showed that Mr. Salomon’s family knew exactly what was going on and agreed to their names being used, and more importantly, the Companies Act 1862 of the time did not make this kind of arrangement illegal. As for the high price of the leather and boot business, the actual price did not matter because as long as the Company was not being lied to and willingly agreed to the price, then there was no cheating.

From that, the House of Lords decided that “Aron Salomon and Company, Limited” was indeed a separate “person”, and it alone was responsible for its own debts, not Mr. Salomon.

It sounds all fair and good for Mr. Salomon, but what about his creditors who have to accept that they lost a lot of money? At this point, you might be asking…

Why should company owners be allowed to limit their liability?

When people set up companies, they usually have to invest some capital to get the company going. The amounts can range wildly, but they tend to be sums of money that most people can’t afford to lose in one go. This is where a company with limited liability comes in.

One way to think of a Sdn Bhd is like an insurance policy. Let’s say you need RM200,000 to start a company with your friends. You and your friends can pool your money together for that. And if something does goes wrong, you only lose the money you put into the company (which is how much of your money you were willing to risk), but nothing more than that.

If you had been forced to fork out the entire capital by yourself, you would probably lose your life savings and become a bankrupt. But more importantly, if things go very wrong, you and your friends (the business partners) may have to pay the creditors using your savings, and maybe even your house and car. If it was that risky to start a company, not many people would do it, and with only a few companies, that means less economic and job growth as a whole.

To solve that problem, lawmakers decided to give people a way to make sure that if their first business venture failed, they would not have to pay the mountain of debts out of their own pocket.

So that’s why we decided that companies are also people. It’s a way to operate your business while making sure if things don’t work out the way you planned, your entire life’s savings and personal property are not at stake. It’s a big reason why people sometimes prefer setting up a Sdn Bhd instead of a sole proprietorship or a partnership.

[READ MORE - Which Malaysian business entity should you set up for your business?]