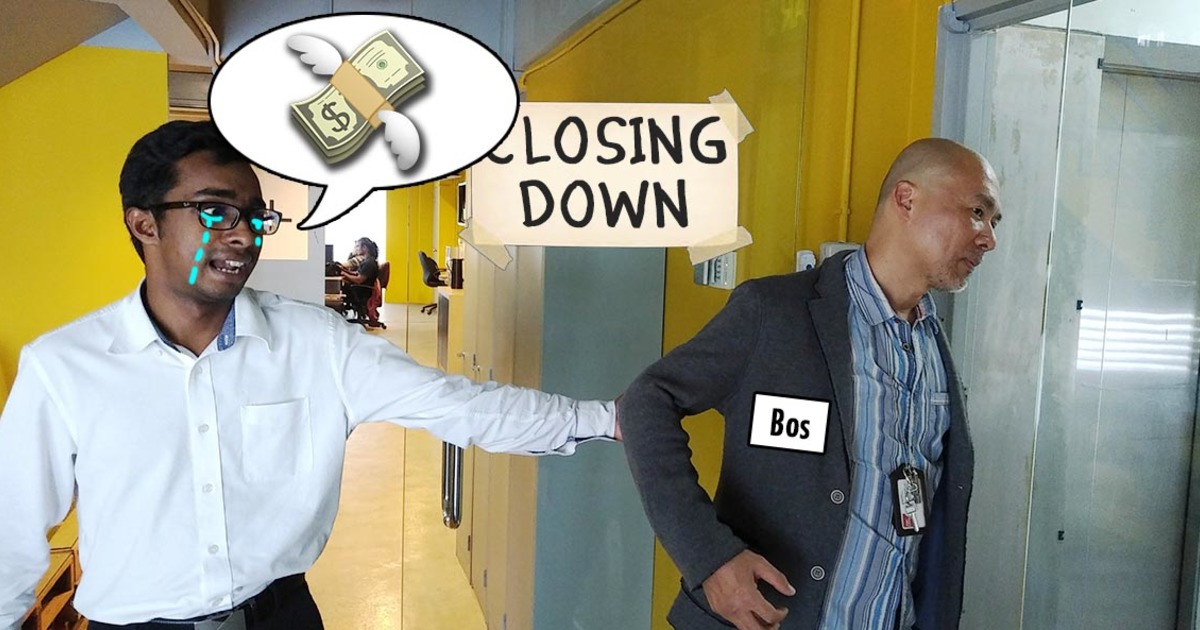 If a Malaysian company that owes you money goes bankrupt, can you sue the boss to get it?

This article was written by Dinesh Sadhwani, a practicing advocate and solicitor of the High Court of Malaya.

At some point in time, you may have heard of the term “corporate veil” or “piercing the corporate veil”. But what do these terms mean exactly?

For the purposes of this article, we’ll be looking at two very basic but important principles of company law (whether in Malaysia or many other jurisdictions) which translates to a company having the following features:

The corporate veil in this sense is the separation between the company and the people behind it, that, in a way they’re seen as separate entities.However, this represents the general rule. As with all rules, if this rule is applied strictly without exceptions, it can be abused.

At the risk of stating the obvious, the separate legal entity and limited liability concepts are well intended. The intention is to facilitate business or entrepreneurial activity and encourage bona fide risk taking. However, due to the potential for abuse, the law has also created exceptions.

So let’s take a look at some of these exceptions below.

Let us consider the case of a company that has gone bust (i.e. its debts  are more than its assets) and the creditors have no choice but to take a significant haircut – fancy business term for a discount – on the money owed to them. To thicken the plot, investigations reveal that the directors have mismanaged the company and even siphoned out monies for their own benefit. If we strictly adhere to the limited liability concept, the creditors can only sue the company and not the directors, even if they were dishonest in their business dealings.

Luckily, the creditors may have a remedy thanks to Section 540 of the Companies Act.

Section 540 of the Companies Act 2016 – Responsibility for fraudulent Trading (in part):

(1) If in the course of the winding up of the company or in any proceedings against the company, it appears that the business of the company has been carried on with the intent to defraud the creditors of the company or for any fraudulent purpose, the court may declare that any person who was knowingly a party to the carrying of business in that manner shall be personally responsible, without any limitation of liability, for all or any of the debts or other liabilities of the company as the court directs.

What this means in simple terms is that if someone has used the company for fraudulent purposes (such as we saw in the Mr STO example), that person can be held personally responsible for the company’s debts.

One of the most recent decisions on this area of the law in Malaysia is the case of Prem Krishna Sahgal v Muniandy Nadasan where, long story short, a managing director of a since closed-down company attempted to appeal against a fraudulent trading claim by his former employees. The Federal Court found that the company's funds had been siphoned out through various means, including to companies connected to the managing director, and ruled against him.

Using the company as a sham device

Although “fraud” and “sham” are used as interchangeable terms in everyday conversation, there’s a slight difference between the two. Essentially, a “sham” is the smoke-and-mirrors used to disguise something while a “fraud” is outright fakery or cheating. As an example, a sham would be putting a Mitsubihi emblem on your Proton Inspira to con people into thinking it’s a Lancer. A fraud would be selling that same car by advertising it as a Mitsubihi Lancer. 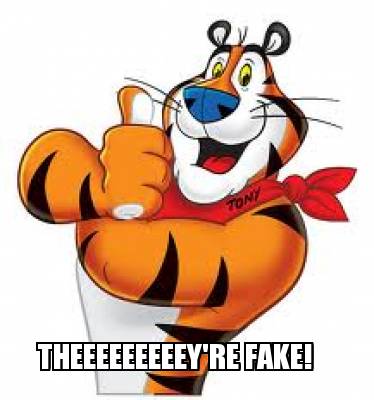 Unlike section 540 in the point above, this “sham” exception does not have statutory footing and is instead a creature of the courts. What this means is that this exception is not specified in the Companies Act or any other act passed by parliament. Rather, the courts have taken the initiative and recognized the need to prevent the use (or abuse) of a company to evade responsibilities or obligations based on previous cases.

The famous British cases of Gilford Motor Co Ltd v Horne and Jones v Lipman are best illustrations of this. British cases are used as reference in Malaysian courts, for reasons which you can read more about here:

“Of course, in law the company is a separate entity from the defendant but I cannot help feeling quite convinced that at any rate one of the reasons for the creation of the company was the fear of the defendant that he might commit breaches of covenant … and that he might possibly avoid that liability if he did it through the company. I am quite satisfied that this company was formed as a device, a stratagem, in order to mask the effective carrying on of the business of the defendant. The purpose of it was to try to enable him under what is a cloak or a sham, to engage in business which, on consideration of the agreement which had been sent to him before the company was incorporated, was a business in respect of which he had a fear that plaintiffs might intervene and object.”

In Jones v Lipman, Mr Lipman agreed to sell land to Mr Jones. Mr Lipman later changed his mind before completion of the sale and purchase agreement and transferred the land to a company where the sole directors and shareholders were him and his nominee. Mr Jones sued Mr Lipman and his company. The court held in favour of Mr Jones and said:

“The company is the creature of the defendant, a device and a sham, a mask which he holds before his face in an attempt to avoid recognition by the eye of equity. [Gilford v Horne] illustrates that an equitable remedy is rightly to be granted directly against the creature in such circumstances.”

In some cases, evading responsibilities may not only just involve a simple case of not paying debts (such as the example of Mr STO) – it can be a situation where someone is taking advantage of the separate legal entity principle to do something which that they’re not legally supposed to do.

Other laws and (possibly) lawsuits 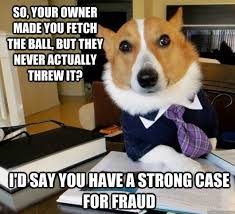 Other than the Companies Act, there are various other laws that specifically allow for the directors of the company to be personally liable for certain debts of the company. Two prominent and good examples of this are the Employees Provident Fund Act 1991 (“EPF Act”) and the Income Tax Act 1967 (“ITA”).

Section 46 of the EPF Act makes the directors of the company jointly and severally liable for the company’s unpaid EPF contributions. Similarly, section 75A of the ITA provides that where any tax is due and payable under the ITA by a company, any person who is a director of that company during the period in which that tax is liable to be paid, shall be jointly and severally liable for such tax that is due and payable. “Director” in section 75A has a special definition i.e. someone who is occupying the position of director (by whatever name called and includes any person who is concerned in the management of the company's business) and either directly or indirectly has control of not less than 20% of the ordinary share capital of the company.

The rationale behind this is that the separate legal entity / limited liability concept should not be used as a shield to evade liability towards employees and the tax authority.

One interesting issue is whether a director can be held personally liable for tortious acts (e.g. negligence or defamation) committed in the course of acting as director on behalf of the company. A tort is essentially a legal right to sue someone for a wrong-doing, even though the parties may not have any contractual relationship between them.

This discussion itself would require a separate article but, in a nutshell, the general position is that a director should not attract personal liability in tort (cannot be sued) for simply carrying out his role in governing the company. It may be different if the director has abused his position and gone beyond his proper duties. For example, if a director makes a genuine press statement on behalf of the company and the statement contains defamatory material, the director should not be personally liable for defamation. However, if the director has a personal vendetta or axe to grind with someone and uses his position as a director to issue a defamatory statement (purportedly on behalf of the company) for personal motives, the director could be personally sued. 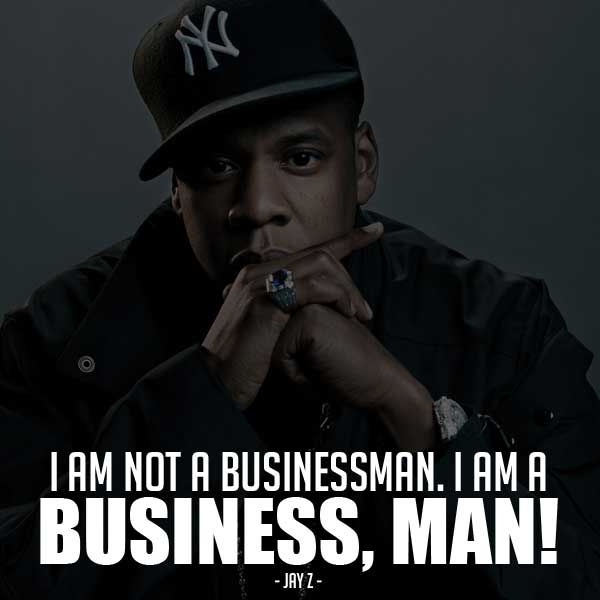 The core of company law (in this context, the separate legal entity / limited liability principles) is driven by commercial considerations in the sense that genuine businessmen need an avenue or entity to carry out legitimate business ventures without the fear of being personally responsible should the venture fail – which can happen for various inadvertent reasons (e.g. bad luck, recession, competition, wrong business model, etc).

At the same time, the law recognizes that there will be unscrupulous parties who will abuse this avenue and cause hardship to other third parties (as we say in the example and various cases discussed above) – hence the exceptions to the general rule. The challenge is, of course, in ensuring that the law does not cause genuine businessmen to feel deterred in embarking on a venture because of the fear that one might fall within the exceptions if things go sour.

In any case, for those who think that doing business under a company is equivalent to having an unconditional license or right to whimsically use (or abuse) the company – especially to carry out unlawful activity or to intentionally evade debts / commitments – and then turn around to say “Sorry, it was not me but the company. You cannot sue me but please go ahead and sue the company.” – you are strongly advised to think again very carefully!