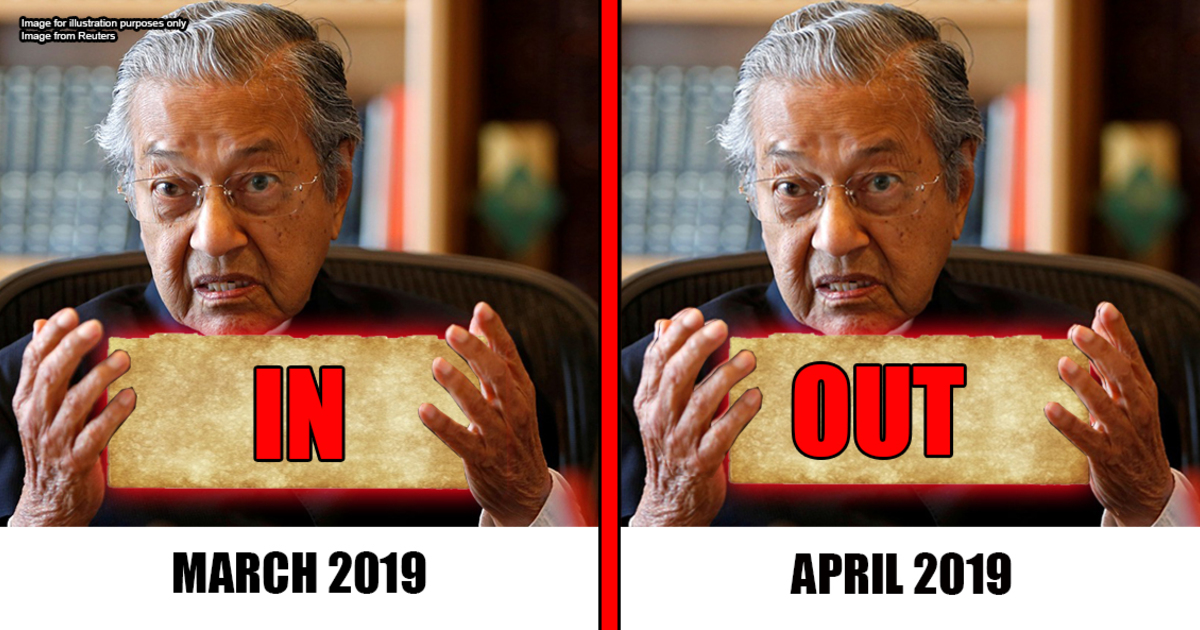 Can Malaysia exit any International Treaty that we sign...because we don't like it?

[READ MORE: 5 things you should know about Malaysia's signing of the Rome Statute]

[READ MORE: 5 points about ICERD that Malaysians are disagreeing over]

We actually ended up singing one treaty, the Rome Statute on 4th March 2019. But somehow on 5th April 2019 (today at the time of writing), Tun M decided to pull out from the treaty because:

“There seems to be a lot of confusion about the Rome Statute, so we will not accede...this is not because we are against it, but because of the political confusion about what it entails, caused by people with vested interests” – Prime Minster Tun Mahathir at a press conference

We’re not the only one to do it in the region, in fact the Philippines was in process of withdrawing from the Rome Statute while we were signing it.

But here’s the thing, with ICERD things aren’t really a problem because we didn’t sign the law in first place – but with the Rome Statute we did; can we simply withdraw from it?

If you were to think of it as a contract: if you don’t sign it, you don’t have to worry about it. But if you do sign it, you can’t simply pull out without consequences. So this begs the question...can we simply withdraw from an international treaty?

Most treaties have an exit provision 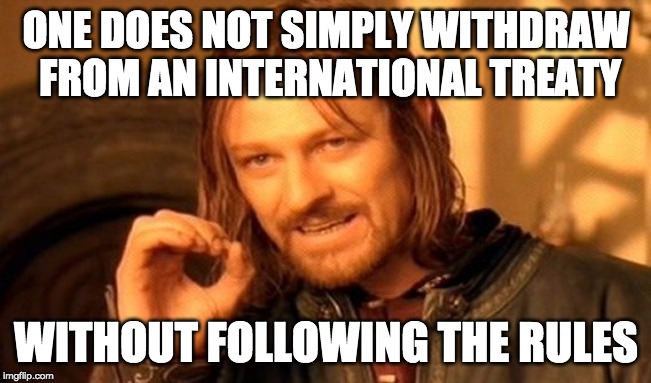 Similarly, the Statute of Rome is a treaty that prevents signatory countries from committing certain war crimes, and if they do, the people responsible must face the International Criminal Court. But now given that the Malaysian government has signed the law and agreed that it applies to them, can we choose to suddenly say “it doesn’t apply to us anymore” just like how Duterte did it?

“A State Party may, by written notification addressed to the Secretary-General of the United Nations, withdraw from this Statute. The withdrawal shall take effect one year after the date of receipt of the notification, unless the notification specifies a later date.“

This basically means that when Malaysia suddenly decided that they don’t wanna follow the Rome Statute, they must notify the leader of the United Nations. And then after one year the withdrawal would be effective.

It’s not just limited to the Rome Statute by the way, there are other treaties that Malaysia can exit or withdraw too. Take as an example, the Paris Agreement which is a treaty followed by many countries (including Malaysia) to fight climate change - if Malaysia wants to exit this treaty, they just have to follow the steps in Article 28 and voila, the law no longer applies to us.

However we can’t exit or say we don’t wanna follow certain laws just to suit our purposes because...

Not all international laws are escapable 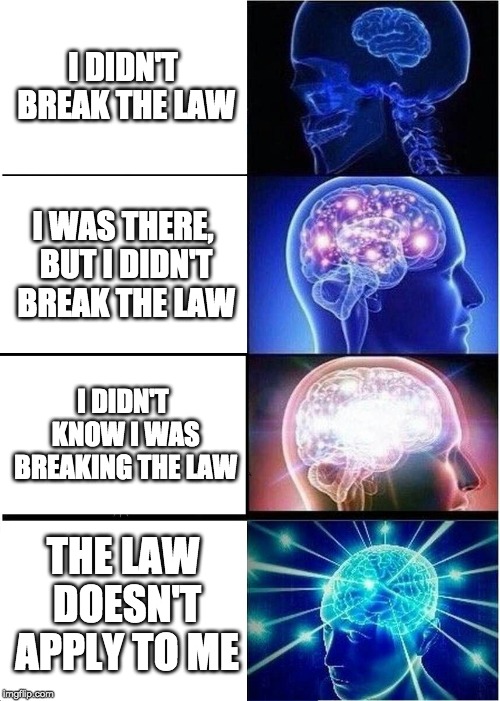 Just like how an average Malaysian citizen can’t suddenly decide that the Penal Code won’t apply to him, Malaysia (or any other country) can’t exit/withdraw certain international laws, such as...

TREATIES WHICH DON’T HAVE EXIT MECHANISMS

As we mentioned earlier, treaties like the Rome Statute or the Paris Agreement has a section in them which specifies a method in which countries can withdraw from the treaty.

So for example a treaty like the International Covenant on Civil and Political Rights it was decided that a country can’t simply pull out from such a law. In fact when North Korea tried to withdraw from this treaty by notifying the UN’s leader, it was held that they couldn’t. 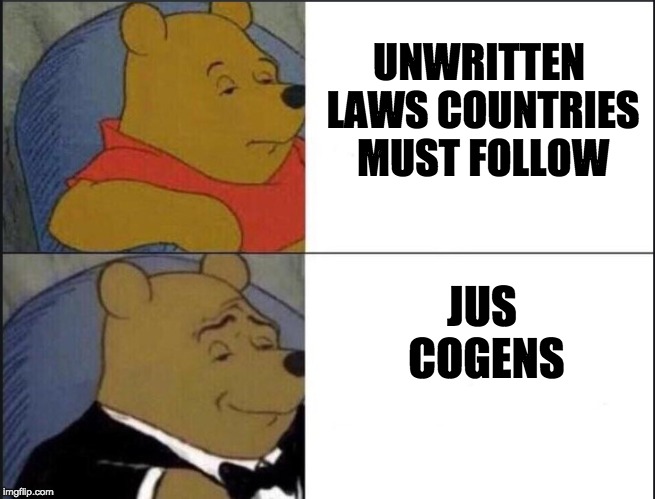 Jus cogens is defined as peremptory norms, which basically means nothing unless you have a degree in political science.

But for the rest of us without a degree in political science, what it basically means is, there are certain unwritten rules in international law that countries must follow no matter what. So jus cogens basically prohibits genocide, maritime piracy, enslaving in general (to include slavery as well as the slave trade), torture, returning refugees to where they came from and wars of aggression.

And even if countries try to create a treaty that let’s say allows slavery, torture, etc; that treaty would be illegal because Article 53 of the Vienna Convention on the Law of Treaties says that, countries can’t make treaties that goes against these peremptory norms.

Thus, this is another example of international laws that Malaysia can’t simply choose not to follow one day.

Why do we need international laws in the first place? 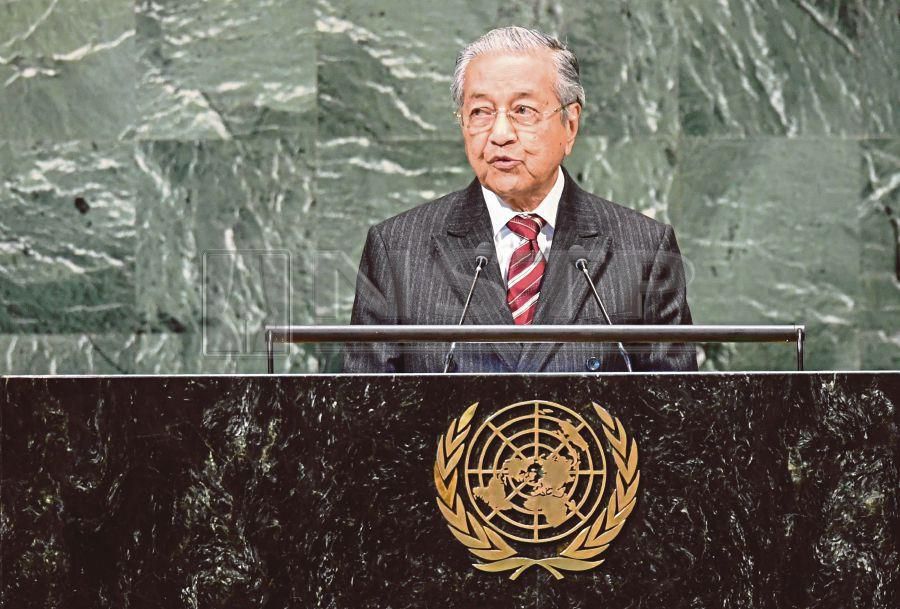 The international arena is a difficult arena to navigate. While countries need each other to survive and exist, they still may want to do things their own way. That’s why some laws exist to allow this co-operation, and some laws exists so that we don’t end up blowing each other up to smithereens.

And you can see this from the examples we showed earlier. There are some important laws that all countries must follow no matter what, and then there are those laws which allow some form escape. This method allows a country to be able to adapt both politically and internationally, which is what Malaysia did. When the local sentiments showed lack of support we didn’t sign ICERD, and we withdrew from the Rome Statute.