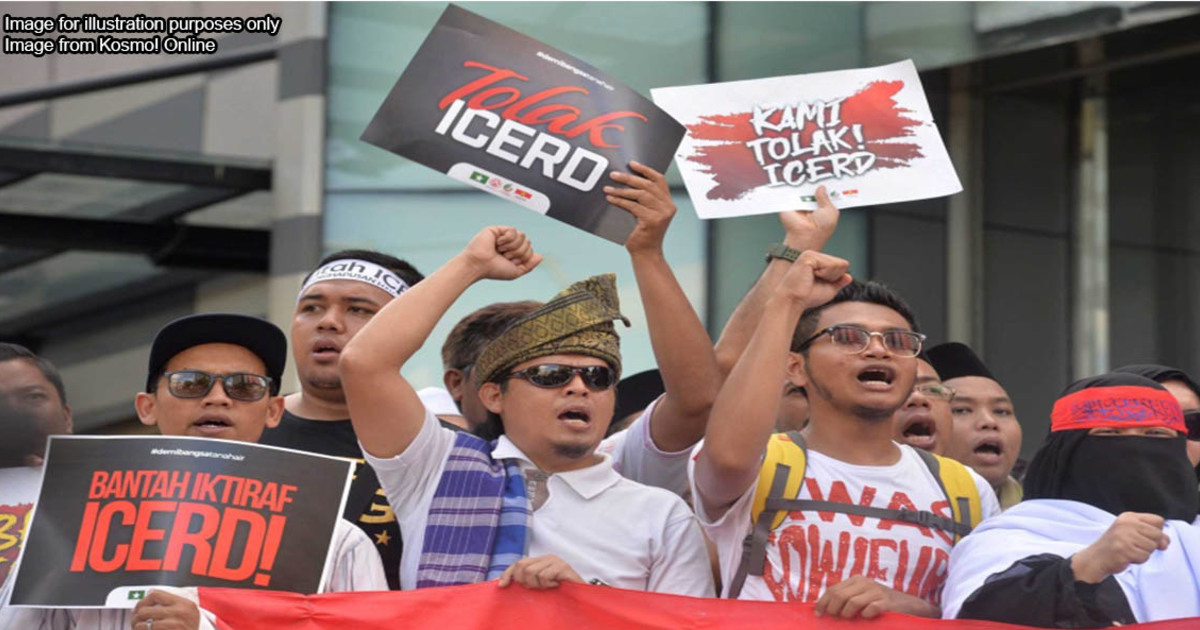 5 points about ICERD that Malaysians are disagreeing over

Lately, the latest topic on everyone’s lips (and keyboards) is ICERD – the International Convention on the Elimination of All Forms of Racial Discrimination. Briefly put, ICERD is a convention (or treaty) by the United Nations that aims to promote racial equality throughout the international community, which is oddly doing the opposite as both politicians and regular Malaysians argue over whether or not Malaysia should sign it.

While reading the comments in a local news article would give you an idea of the arguments in support and in opposition to ICERD, perhaps the best summary of the concerns are in regards to the status of Article 153 of the Federal Constitution and the status of Islam as Malaysia’s state religion. A petition against ICERD on Change.org lists down possible consequences if Malaysia became a signatory:

Coupled with news report about PM Mahathir stating that implemantation in Malaysia would be impossible, plans for an Anti-ICERD rally in KL on December 8th, and other news links that would confuse anyone who’s late to the party; we’re going to scale things back a little and start from the basics – What ICERD is, and what it’s meant to do (on paper).

[READ MORE: How to organize a legal rally in Malaysia]

UPDATE: On November 23rd 2018, the government announced that they will not be ratifying ICERD.

1. Laws are introduced or changed 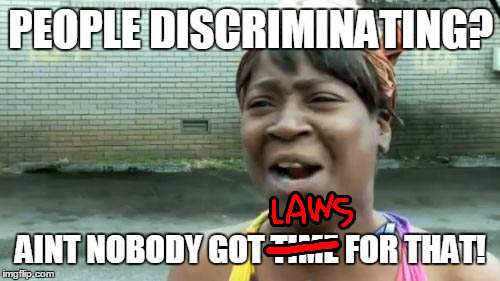 As mentioned earlier, ICERD is an international treaty; it provides a framework of conditions for countries to follow if they choose to sign it. This means that the provisions (the “laws” within ICERD) can only apply to Malaysia after the government signs it and ratifies it – ‘ratify’ meaning to make it officially valid or recognized.

After a country signs, they must then review their existing laws and policies to meet the requirements set by ICERD which, as evidenced in the name itself, is to eliminate racial discrimination.

Each State Party shall take effective measures to review governmental, national and local policies, and to amend, rescind or nullify any laws and regulations which have the effect of creating or perpetuating racial discrimination wherever it exists;

The main responsibilities of a signatory country (referred to as State Party in the document) can be found in Article 2 of ICERD, summarized as:

As an example, after Australia ratified ICERD in 1975, the Australian Parliament passed the Racial Discrimination Act in order to satisfy these new obligations.

2. Every citizen will have equal rights to education (and other things)

Part of ending discrimination is to ensure that everyone is guaranteed equal rights. This essentially means that certain “basic” rights need to be available to every citizen on an equal basis.

Article 5 of the International Convention on the Elimination of All Forms of Racial Discrimination (in part):

In compliance with the fundamental obligations laid down in article 2 of this Convention, States Parties undertake to prohibit and to eliminate racial discrimination in all its forms and to guarantee the right of everyone, without distinction as to race, colour, or national or ethnic origin, to equality before the law, notably in the enjoyment of the following rights...

Article 5 then outlines a whole bunch of these rights, including

This is perhaps the main focus of contention regarding Malaysia’s signing of ICERD.

3. Hate speech will be criminalized 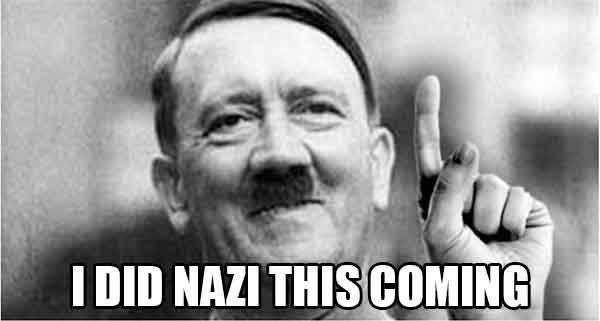 Hate speech is generally defined as speech that attacks someone for being different, whether by race, religion, ethnicity, or other factors. For ICERD, hate speech is mostly confined to the context of race.

So, in addition to encouraging nations to do away with racially discriminatory laws, ICERD also requires signatory countries to adapt or adopt laws that would make it a crime to create, share, or support hate speech.

Shall declare an offence punishable by law all dissemination of ideas based on racial superiority or hatred, incitement to racial discrimination, as well as all acts of violence or incitement to such acts against any race or group of persons of another colour or ethnic origin, and also the provision of any assistance to racist activities, including the financing thereof;

This also extends to making groups or gatherings that promote racial hatred illegal… and participation a criminal offence, of course.

However, certain countries had a tough time balancing freedom of speech and the prohibition of hate speech. For example, when Norwegian courts acquitted a known Neo-Nazi for a racially charged speech against the Jewish community on the grounds of freedom of speech – it was later decided that this action violated the provisions of ICERD.

But wait, who decided this? Well, that brings us to the next point… 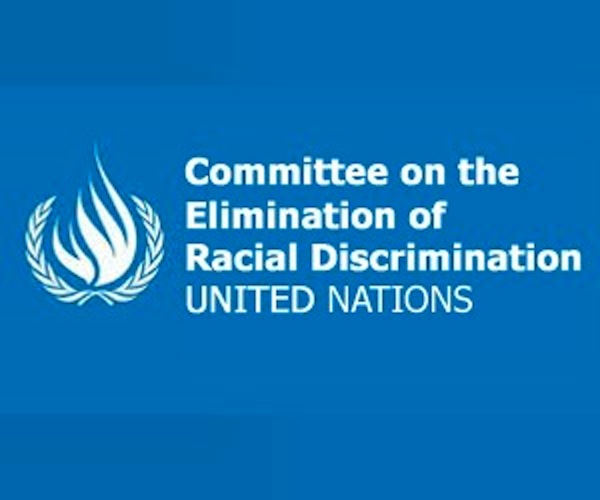 Okay, this is going to be a little confusing. The implementation of ICERD is governed by the Committee on the Elimination of Racial Discrimination, or…. CERD.

Basically, CERD is made up of a group of independent experts that monitor the implementation of policies by signatory countries and reviews complaints by individuals or groups against their countries.

Article 8 of the International Convention on the Elimination of All Forms of Racial Discrimination (in part):

There shall be established a Committee on the Elimination of Racial Discrimination (hereinafter referred to as the Committee) consisting of eighteen experts of high moral standing and acknowledged impartiality elected by States Parties from among their nationals...

In essence, signatory countries are required to submit a report to CERD one year after signing, then every two years or when requested. If you clicked on the link to Australia’s Racial Discrimination Act in Point 1, it’s actually a report about how Australian officials “finally agreed to cooperate” and meet CERD over an overdue report and certain shortcomings in their implementation of ICERD; which includes some backtracking on the Racial Discrimination Act and other shortcomings in regards to racial equality. Here’s the link again.

If a certain racial group or individual feels their rights have been infringed and not properly addressed by their nation’s government (or authorities), they can also make an appeal to CERD – but this can only happen if they’ve exhausted all local avenues. To bring back the Norwegian hate speech case from Point 3, the affected Jewish communities only brought the case to CERD after the case had gone all the way to the Norwegian Supreme Court, which didn’t decide the case in their favor.

So what are the consequences if CERD finds a violation?

In general, CERD will issue a report outlining their reasons and provide recommendations to fix the problem. However, in certain cases such as unresolved disputes between two countries, the International Court of Justice may get involved (Article 22) and consider CERD’s findings in deciding the case. In the interest of space, you can read an example here.

For the most part though, signing ICERD puts a country at a higher level of standards and scrutiny, which may affect certain international objectives such as membership to UN agencies or councils. As an example, Amnesty International suggested that Australia’s agreement to meet CERD was related to the country’s inclusion into the United Nations Human Rights Council.

While it’s logical to assume that signing ICERD means that a country will have to follow each provision to the letter, it’s not actually the case. The treaty provides some leeway for signatory countries to state reservations that prevent them from adopting it on a full scale, as long as these reservations don’t violate the objectives in the first place.

The reservations are listed in the United Nations Treaty Collection, and some examples are:

In the local context, The Malaysian Bar pointed out that Article 1(4) allows “special measures” for certain groups to be given additional protection for the purpose of putting them on an equal playing field. However, this should be discontinued once that objective has been achieved:

Special measures taken for the sole purpose of securing adequate advancement of certain racial or ethnic groups or individuals requiring such protection as may be necessary in order to ensure such groups or individuals equal enjoyment or exercise of human rights and fundamental freedoms shall not be deemed racial discrimination, provided, however, that such measures do not, as a consequence, lead to the maintenance of separate rights for different racial groups and that they shall not be continued after the objectives for which they were taken have been achieved.

States Parties shall, when the circumstances so warrant, take, in the social, economic, cultural and other fields, special and concrete measures to ensure the adequate development and protection of certain racial groups or individuals belonging to them, for the purpose of guaranteeing them the full and equal enjoyment of human rights and fundamental freedoms...

However, whether or not this will play a role in addressing the concern of parties who are opposing ICERD remains to be seen, since...

Incidentally, this isn’t the first time ICERD has come to the government’s consideration, as the previous BN-led government had looked into it twice – in 2011 and 2015.

With debates coming in from all sides, it’s not certain whether Malaysia will leave the list of 14 countries that have not signed the treaty.

UPDATE: Despite the announcement that the government won’t be ratifying ICERD, the Anti-ICERD Rally will still be talking place

If you’re curious whether the Anti-ICERD rally is legal or not or if you’re considering to attend the rally, and you wanna know if it’s legal to attend, read our article on rallies here.