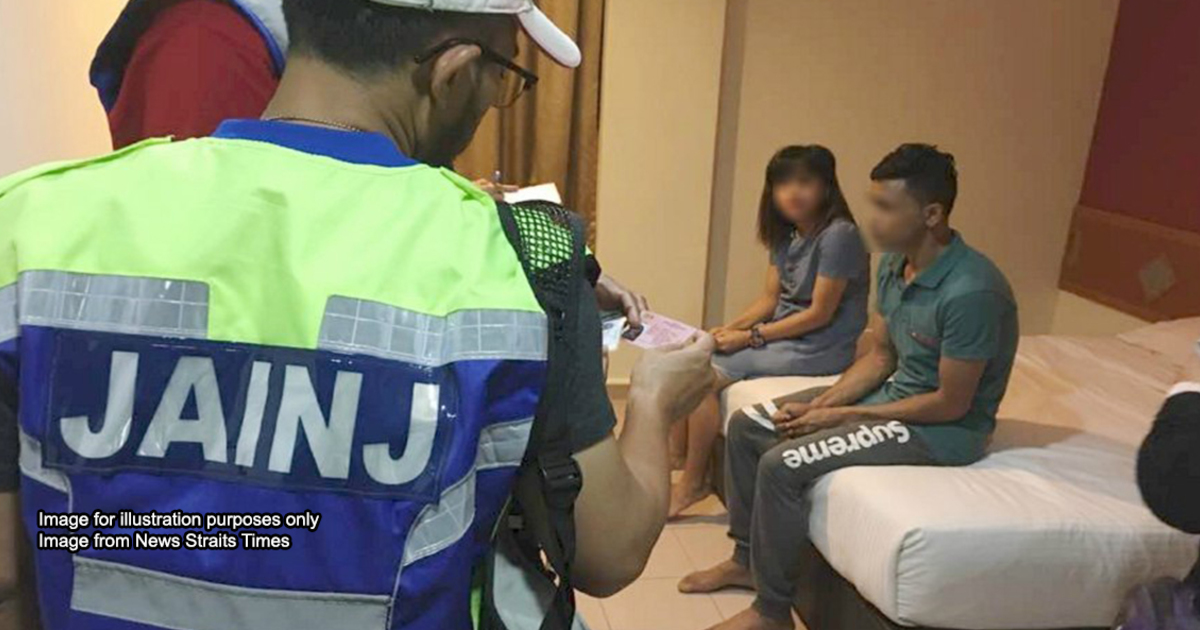 Can a non-Muslim get in trouble for khalwat in Malaysia?

Even if we don’t know the religious or legal technicalities behind it, we’d know from the occasional news reports that Khalwat involves unmarried Muslim couples getting in trouble with the religious authorities after being caught in compromising situations. A recent example of this is the report of a couple in Kedah caught for khalwat when the local religious authorities conducted raids throughout the state.

While we’ll go through the legal technicalities of what Khalwat actually is later in the article, we’ll first answer a question that we get asked quite a fair bit – if an unmarried Muslim and a non-Muslim were caught in a hotel room during a raid, can the non-Muslim be caught for khalwat?

And the answer to that is...

No, a non-muslim cannot get caught for khalwat

Yup. Basically, a non-Muslim cannot be caught for khalwat, even if the non-muslim was caught together with a muslim.

Why is this the case?

“...the constitution, organization and procedure of Syariah courts, which shall have jurisdiction only over persons professing the religion of Islam...”
You can see this being put to practice in Syariah court cases. For example, in the case of Syarie Prosecutor v Muhaizad bin Ahmad Mustapha (2010), a Muslim man and a Christian woman were caught by religious authorities on suspicion of khalwat. In the end, only the Muslim person was brought to court and convicted.

However, there have also been rare situations where non-Muslims were wrongly brought to court for Khalwat. For example, a Christian woman from Indonesia was found guilty of khalwat by the Penang Syariah Court. She was later found not guilty when she appealed against the decision, as it turned out that the religious authorities mistakenly thought she was Muslim.

So in essence, if you are a non-Muslim, you cannot get into legal trouble with the religious authorities for khalwat.

But if you’re wondering what Khalwat actually is, we’ve dedicated the rest of the article to explain it; starting with...

Each state has their own khalwat laws 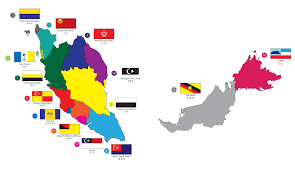 For the sake of general understanding, it can be said that Islamic laws in Malaysia are governed and enforced by state. This means that these laws (known as enactments) are created by State Assemblies (Dewan Undangan Negeri), and not the Federal Parliament.

[READ MORE: Where do the Syariah courts get their power from?]

The difference between federal laws and state laws are as such:

To clarify, there aren’t exactly 14 DIFFERENT khalwat laws. It’s just that each state has their own criminal syariah offences legislation...but all of them are worded very similarly. So Johor would have the Syariah Criminal Offences (Johor) Enactment, Selangor would have the Syariah Criminal Offences (Selangor) Enactment, and so on.

But what is khalwat?

When it comes to criminal offences, it’s kinda like identifying a “pizza”. In order for something to be recognized as a pizza, you need the dough, sauce, and toppings. You miss out on one of the ingredients, you don’t have a pizza.

It’s the same thing with khalwat, there would be a few “ingredients” that are needed to complete the offence, and if one “ingredient” is missing…..you don’t have the offence of khalwat.

So to find out the “ingredients” of khalwat...we’ll use the Selangor Syariah Criminal Offences (Selangor) Enactment 1995 as an example (since we’re sure you won’t want to read all 14 of them). This enactment states:

“(1) Any -
(a) man who is found together with one or more women, not being his wife or wives or mahram; or
(b) woman who is found with one or more men, not being her husband or mahram,
in any secluded place or in a house or room under circumstances which may give rise to suspicion that they are engaged in an immoral act shall be guilty of an offence and shall be liable on conviction to a fine not exceeding three thousand ringgit or to imprisonment for a term not exceeding two years or to both.”

From this, we can see there are basically 4 “ingredients” to this crime. We will discuss each one below:

Ingredient one: At least two persons of different genders must be involved.

Let’s see how this works in the three scenarios below

Two men sitting in their dorm room doing an assignment. – NOT khalwat

Two women hanging out in their house alone, getting their nails done. – NOT khalwat

A man and a woman sitting on a couch in an apartment, just watching Netflix – POSSIBLY khalwat

In essence, those who would have to worry about khalwat are couples or any two people or more people of different genders. But as you read on, you will find out that just because a girl and guy are together it isn’t always khalwat. The ingredients must be complete.

Ingredient two: The male and female person must be caught in a secluded place

The second ingredient requires a couple to have some form of privacy. The law requires that the man and woman must have been alone in a  secluded place.

Ingredient three: The man and woman must not be husband and wife, or have a close family connection.

So, for the first ingredient we learnt that a man and a woman MUST be involved to form the offence of khalwat. This however, may bring in complications as spouses and family members could be at risk of getting into trouble with the authorities.

This is where the third ingredient comes in.

According to the enactment, it’s not khalwat if the other person is a spouse or someone with a mahram relationship. For reference, mahram is – simply put – a list of family relationships recognized in Islam.

Ingredient four: You must get caught under suspicious circumstances.

This is to prevent two people who are together for innocent (non-sexual) purposes from getting into trouble because, at the end of the day, khalwat exists to prevent the sin of zina (pre-marital sex or adultery) from happening.

You may need to get a Syariah lawyer

Just like with regular non-religious enforcement, there may be times when mistakes are made and/or legal procedures aren’t followed – which leads to you being accused of something you didn’t do, or have your rights infringed upon.

Whichever the situation, just like in “regular” law, you can get a Syariah lawyer to advise or argue the case for you. The Jabatan Penghakiman Syariah Malaysia provides a list of Syariah lawyers by state through their E-syariah portal. Note: You can just select the state to view the full list

So, another question you might have is, what do you do if suddenly you get a knock on your door and you hear “Jabatan agama, tolong buka pintu”?

Well we would love to give you the answer here, but unfortunately the legalities of the religious authority’s right to enter into private property requires a bit more discussion which we’ve covered in the article below:

[READ MORE: If the religious authorities knock on your door, must you let them in?]