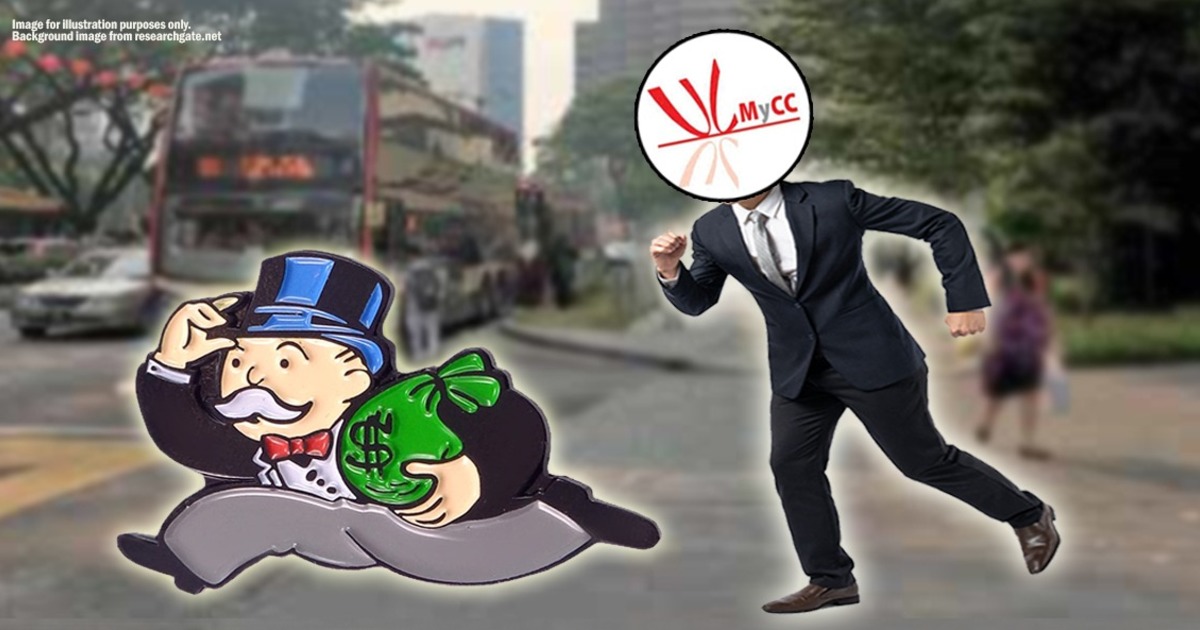 Malaysia is changing its laws to stop new company monopolies

Imagine this: You’ve subscribed to a local TV provider for almost 8 years now. Every year, you realize that the subscription price keeps increasing. You try and look for other options, but there’s nothing else that’s close to what they offer. So you have no choice but to keep paying for it, because it’s the only choice you have.

Now this scenario is known as a market monopoly. A market monopoly is sort of similar to the monopoly game we play—you basically try to rule everyone, by buying over/owning as many things as you can—which is essentially what companies do when they dominate an entire industry...alone.

But here’s a fact to take note: Monopolies aren’t actually illegal in Malaysia. In fact, we have quite a number in the country—Telekom Malaysia’s high speed broadbands and Astro are notable examples.

But this doesn’t mean that monopolies are encouraged in a country either. So, for the monopolies that currently do exist, they are allowed to operate, as long as they don’t abuse their position by dominating in a particular industry.

So how exactly will the new amendments stop ‘industry monopoly’?

The amended laws will affect companies that merge together

If it isn’t bad enough that some companies in some industries dominate a particular market alone, imagine 2 companies from the same industry becoming 1 to control everything.

Competition laws pretty much exist to protect consumers from having to buy items at higher prices and having lesser options to choose from. Competition laws exists all over the world, and Malaysia’s version of the law is stated in the Competition Act 2010. The Act was passed to do 2 main things:

The Malaysian Competition Commission (MyCC) acts as the regulatory body to protect consumers from being abused by a monopoly. MyCC gets its powers under Section 40 of the Competition Act:

“...the Commission may impose a financial penalty...or...may give any other direction as it deems appropriate.”

The Act basically gives MyCC the authority to decide on how much to fine anti-competitive practices. They also have the power to instruct a monopoly to stop business, take steps to stop the monopoly from operating and give any other direction which is appropriate.

So as you can see, they have a large scope to make decisions under Competition laws. However, there’s still a small crack in the law which allows for companies to break competition laws...if they merge together as one.

MyCC can soon control companies that merge together

Recently, the CEO of the Malaysia Competition Commission (MyCC) announced that they’re proposing to amend 2 Acts—which will allow them to regulate mergers in Malaysia. As we mentioned earlier, if 2 companies plan to merge together to become one—they may become a monopoly in the market. In fact, we previously wrote an article about the merger between Digi and Celcom...which almost happened:

[READ MORE: Digi and Celcom are planning to merge. How will this affect their customers?]

Up until today, MyCC does not have the power to regulate or control mergers in Malaysia, as there is no provision for this in the Act. Without merger controls, there’s a chance for companies to join forces and become an industry monopoly.

So the proposed amendments that shall be made to the law give MyCC more power to control and regulate companies wishing to merge together. Any 2 or more companies that plan to merge will also need to obtain permission from MyCC. MyCC will also have the power to approve the merger, grant certain conditions upon the merger or even reject mergers that don’t meet their requirements. If 2 companies have already merged before this new amendments come up—MyCC can still investigate on the companies that did so, and take action against them based on the current laws we have.

As for now, MyCC is working on the Bill to propose the amendments made to the Act. The Bill is expected to be presented mid-next year. In the meantime, read our article below to know more about how MyCC works:

[READ MORE: Grab was fined RM87 million for 'industry monopoly'. Here's what they (allegedly) did]