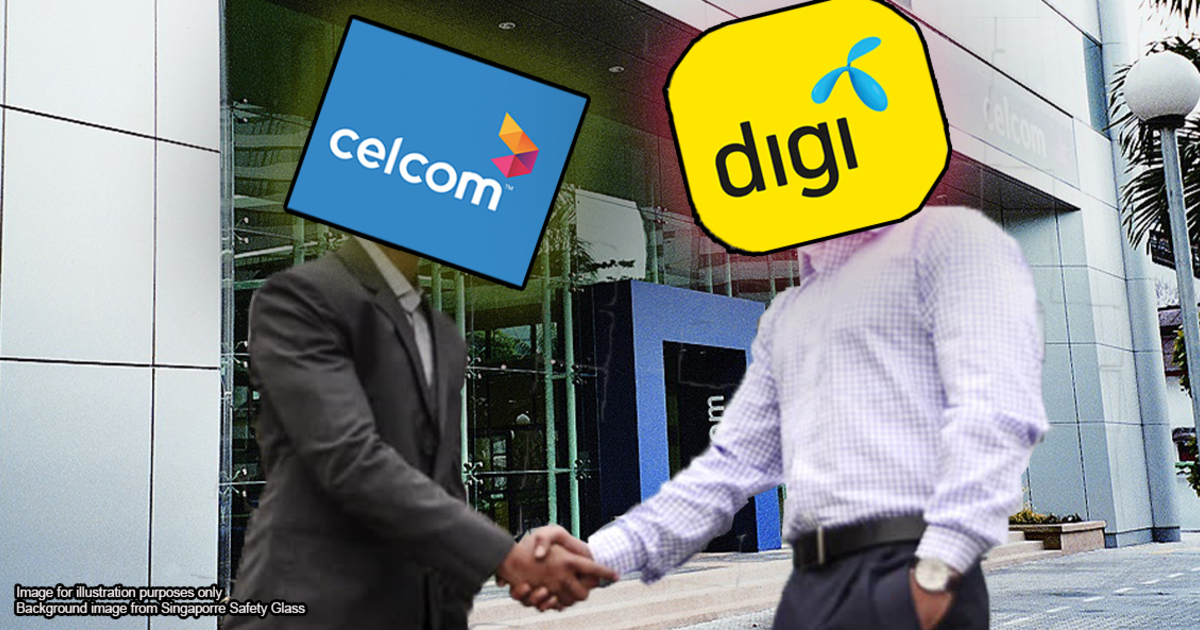 Digi and Celcom are planning to merge. How will this affect their customers?

Note: This article was originally written in May 2019.

So a few days ago, you might have heard of the news that Digi and Celcom are going to merge to become the largest telco provider in Malaysia. This news led to Digi and Celcom users wondering how they would be affected by the change. While customers of these telcos will definitely face changes with regard to services, there are also changes that will take place from the legal aspect. Whether you’re aware or not, you actually have contracts with your telco providers, which came into effect from the time you started using your mobile number. So now, Digi and Celcom users would have to have new user contracts with the merger.

But these telco users have also asked whether Digi and Celcom could easily become one new company, and if this is even legal. It’s common for companies in the same industry to compete with each other to get the most revenue in the market, so it might not make sense for two competitors to simply just...merge.

How does competition in an industry work in the first place?

Every country has their own “competition laws” and Malaysia’s can be found in the Competition Act 2010. This Act was passed to encourage healthy competition between companies in the same industry and to prevent companies from collaborating illegally.

So… why is this Digi-Celcom thing even an issue?

Companies merging to become one may seem like a totally harmless thing. But in reality, you as a consumer may be at the losing end. Picture this scenario:

Bell and Swan are two separate cosmetic companies, but they’re two large companies. At some point, they decide to merge and become one. Now, Bell and Swan might have catered to different types of consumers and have had very different prices. If consumers had no other option to buy cosmetic products from any other company, they would just end up buying from them, even after they merge.

But when Bell and Swan merge, they would probably have the same prices and services and might combine their products. For consumers, this would mean that they would have to pay whatever the price that has been set or buy whatever product this new merger company sells. All because now, instead of two companies to choose from, there’s only one…

So, competition laws basically exist to protect consumers from having to buy items at higher prices and having lesser options to choose from. When there are several companies in one industry, the competition in that industry becomes healthy. But when there is just one company that dominates a particular industry, that company is said to be a monopoly.

What’s a monopoly and is it even allowed?

As mentioned above, a monopoly is when a company dominates a particular market and they have great control on that market –  which also means that they have the power to control prices.

Monopolies in themselves aren’t illegal in Malaysia and there are actually quite a number in the country. Telekom Malaysia’s high speed broadband and Grab are two good examples. But while they aren’t illegal, they aren’t encouraged either. The government had stated that they intend to bring in more players into various industries, so that there will be a lesser chance for single, dominant companies to control the whole industry themselves.

Malaysia isn’t the only country that has done this. In the early 1980s, the US government made a monopoly telephone service split its services into separate companies. Bell Operating Companies was under the control of AT&T Corporation and they were both providing services for local and long distance calls. The split caused them to operate as two separate companies, with one providing local call services, while the other provided long- distance call services.

So, for the monopolies that currently do exist, they are allowed to operate, as long as they don’t abuse their position as the dominant one in a particular industry or market. Section 10 of the Competition Act 2010 states:

(1) An enterprise is prohibited from engaging, whether independently or collectively, in any conduct which amounts to an abuse of a dominant position in any market for goods or services.

Examples of abusing a dominant position would include:

So for as long as a monopoly company doesn’t misuse their position in the industry and doesn’t put the consumers or fellow competitors at a great disadvantage, they’re perfectly legal.

So no, the merging of the two telcos isn’t against the law

The CEO of Axiata Group Bhd (Celcom’s parent company) has assured that the merger between Digi and Celcom will not be a monopoly. A company in a market or industry must have at least 50-60% of the market share for it to be considered dominant. It has been estimated that the new merger company between Digi and Celcom will only have a 35% share of the market.

“This is a converged industry, with mobile going into fixed line and fixed line going into mobile. From that point of view, we make up only one-third of the mobile business pie,”
- Tan Sri Jamaludin Ibrahim, CEO of Axiata Group Bhd

Of course, this is going by the premise that they strictly abide by Malaysian competition laws. In a few years down the road, if the merger follows unhealthy practices that may affect other players in the industry, they will most likely get into a lot of trouble.

What’s in it for Digi and Celcom users?

Mergers might seem beneficial to the company due to the fact that their revenue will increase, but there are advantages for consumers too. Two companies merging might mean better service and performance due to increased staff, and this would mean that consumers will be served better.

A merger that forms a totally new company, like what Digi and Celcom plan to do, will also be able to come up with a new line of products. As ironic as this may sound, this will actually improve competition, since now consumers have more options to choose from.