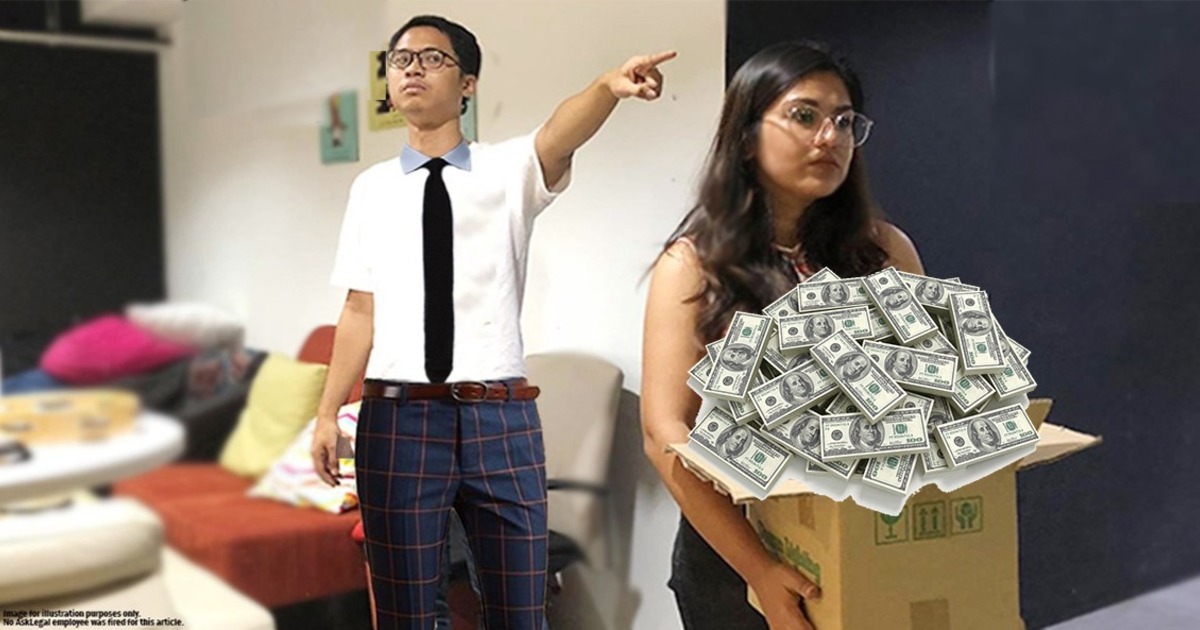 Note: While this article mentions ‘MSS’ (mutual separation scheme), the laws mentioned here also cover ‘VSS’  (voluntary separation scheme). The two function the same way—they are compensation for an employee who has been asked to leave. The only difference between the two is that in a VSS, the company gives the option to the employee to leave and typically, it would be open a group of employees. In an MSS, it would be more specific to selected employees, and both the employee and employer will agree to end their contract.

Some time back, one of our readers asked us:

“Hi, do you have any write ups on what to do if you are unfairly compensated with a MSS?”

For those of you who don’t know, MSS stands for mutual separation scheme. A mutual separation is when both you and your employer agree to terminate your contract, and they give you compensation for it. In other words, you voluntarily resign (instead of getting fired) and you get a one-off payment as a settlement.

In situations like these, can you still take action against your employer after receiving the payment?

You can’t be forced to accept the payment

An MSS (or VSS) needs to be signed without the employer forcing the employee to do so. The definition of ‘force’ is quite broad, and it doesn’t only mean being literally threatened to do something, as we will see.

In the case of Thanasegaran C Munusamy v. Vale Malaysia Minerals Sdn Bhd, the court held that the mutual separation agreement was signed by the employee due to pressure. These are the brief facts of the case:

When the case went to court, there was sufficient proof that the employee was coerced into signing the agreement. He was not given enough time to decide on the best option for himself. The HR staff who made him sign the agreement were said to have acted in a way which showed that they forced him to sign it.

Thy also said that instead of terminating him, they should have put him on a performance improvement programme first to solve whatever issues they claimed he had. Based on these reasons, the court said that there was no mutual separation, but it was an unfair dismissal. The company was made to pay him extra compensation, in addition to what was already given.

The reason behind the payment also matters

In another case, Murali Tharan Nair a/l G Narayana Nair v HLMG Management Co Sdn Bhd, the employee’s MSS was as an unfair dismissal because the reason the employee was asked to leave was not mentioned in the agreement.

When the court heard the case, the court said that the employee was unfairly dismissed because there was no ‘meeting of the minds’. In order for this to happen, both parties need to agree to all the terms in an agreement.

Here, the employee wanted the agreement to mention that he was being let go due to redundancy, and his attempts to fix this were denied. In the employee’s mind, he was redundant, but the fact that the company didn't want to acknowledge this on paper meant that this was not their real intention for terminating him.

Just like the previous case, the court also ordered that extra compensation be given to the employee for unfairly dismissing him.

You might be able to claim for an unfair dismissal

Based on the two cases above, the main takeaway is this. If you’ve been asked to accept a MSS/VSS by your boss, make sure that you:

If you’re someone who was given a package like this by your company, but you feel you were unfairly dismissed instead, you may have a case against them.

You can file for unfair dismissal in the Industrial Court, but make sure to do so within 60 days of your resignation. You should also take as much proof with you as possible. This can be the mutual separation agreement itself, any prior agreements signed by you and the company, and promotions you were given, and so on.

If you need a quick guide on how to take a case to the Industrial Court, read the article below.

[READ MORE: Unfairly fired? Here's how you can take your boss to court in Malaysia]

Also, if you weren’t already aware, there have been some recent changes that have been made to employment laws in Malaysia. These laws can affect how a case is heard in the Industrial Court.

[READ MORE: 5 important changes to Malaysian employment laws that you need to know]