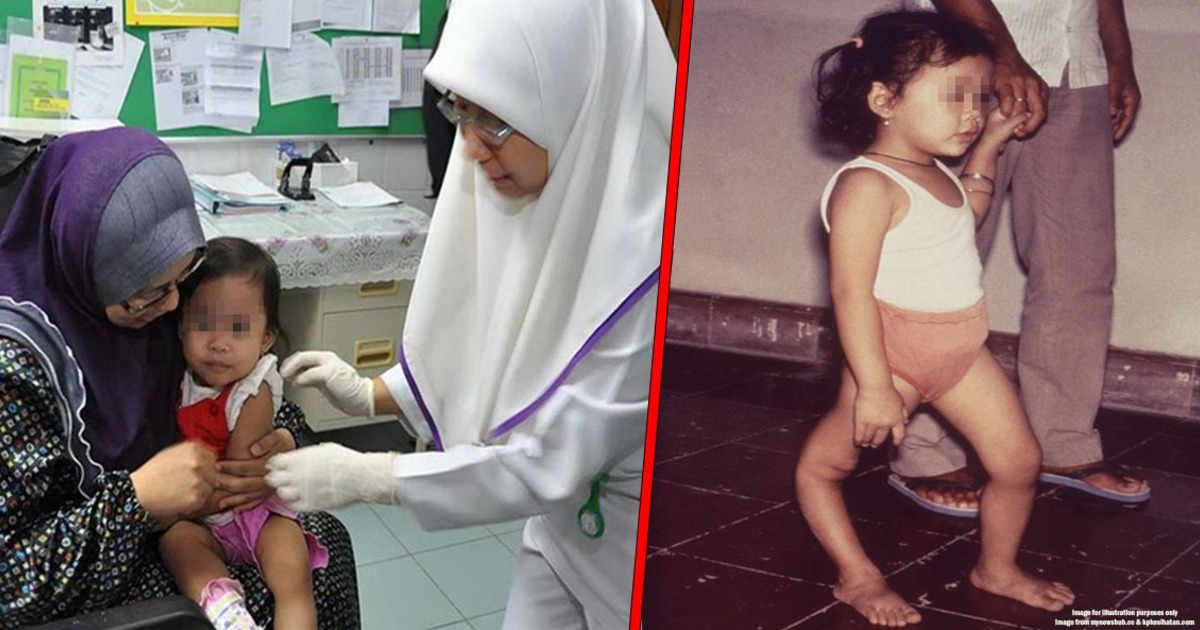 Malaysian parents can be sued for refusing to vaccinate their children. Here's why

[Note: This article was originally written in December 2019.]

With the end of 2020 coming near, at least we have one good news: Pfizer announced that they have found a Covid-19 vaccine that’s 90% effective in trials. Once it’s approved, most of us would probably be happy to take it. But there will be challenges ahead, as there are some Malaysians who either doubt or are against vaccinations.

When we wrote this article last year, there was a recent outbreak of polio in Sabah, which is pretty much a comeback for the virus 27 years later. Malaysia was previously polio-free for close to 3 decades, until their first case last year. Due to the misinformation of vaccines, we currently have our own strain of anti-vaxxers in the country.

There are a number of presumptions on how the virus returned—with some parties pinning it to religion and alternative medication that are sold locally. And due to the rise in the number of anti-vaxxers, children are at risk of developing vaccine-preventable diseases.

Now here’s a scenario you might encounter (if you have children) from this current, growing pandemic:

Your 4 year-old started pre-school a week ago. 7 days later, he’s down with a terrible fever and weakened limbs. His diagnosis comes back, and he now has polio. You’re shocked, as he has already gotten 3 shots so far. But the Dr goes on to tell you that the disease is contractable, as he has not received all his shots yet. You decide to investigate this, and find out that other children in the pre-school are suffering from polio too—the virus was spread by a child who was not vaccinated.

There are 2 things you can focus on in this situation:

The former is definitely a given as it’s the responsibility of a parent to care for their child. The latter however—is a lesser known path—which may give room to sue someone for not vaccinating their child.

This is actually possible, but comes with certain conditions that need to be fulfilled. Before we get to how it can be done, we need to break this news first...

There are no legal requirements to vaccinate children

So here’s the thing, Malaysia does not have any legislations on mandatory vaccinations for children. However, there were calls to make vaccinations a mandatory requirement for school-going children.

Basically, parents can refuse to have their children vaccinated, with no legal repercussions taken against them. In fact. there are also no restrictions on their children going to school. However, this may be a breach of the Child Act 2001. Section 31 of the Act states:

“Any person who...having the care of a child— (a) abuses, neglects, abandons or exposes the child in a manner likely to cause him physical or emotional injury or causes...him to be...neglected, abandoned or exposed...commits an offence and shall on conviction be liable to a fine not exceeding twenty thousand ringgit or to imprisonment for a term not exceeding ten years or to both.”

The Act essentially says that if a person responsible for the child, exposes him to eminent danger—he can be fined up to RM20,000, imprisoned up to 10 years or both.

However, there have been arguments that this is quite far-fetched, since the Act doesn’t specify vaccinations and no cases has been brought to court so far.

But if you’re a law-abiding parent whose child is suddenly struck by a vaccine preventable disease, you can consider suing the parents of the non-vaccinated child—if YOUR CHILD falls sick from contracting a vaccine-preventable disease.

In a circumstance like this, you can file a civil lawsuit under tort of negligence. To briefly put it, you can claim money from the anti-vaxxer parents if your child falls sick from the disease too.

You CAN sue anti-vaxxers for making your child sick 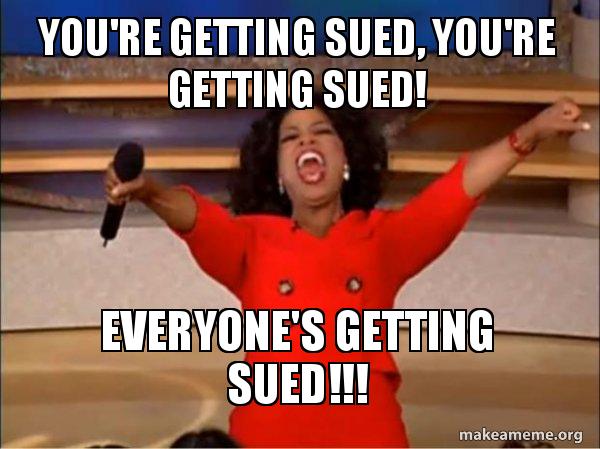 Perhaps we should start by explaining how you can sue anti-vaxxers. Let’s start by making a distinction between criminal and civil lawsuits. Under criminal law, the aim is to punish an offender by charging him for his offence. But in civil law you can sue the wrongdoer, and be compensated for his wrongdoing.

So in this circumstance, you can file a lawsuit against an anti-vaxxer for making your child sick—by bringing a civil lawsuit in tort.

But to sue someone under tort, you must first show that there has been an act or omission (failure to act) by the anti-vaxxer, which caused damage/injuries to you or your child. In this case, the anti-vaxxer can be said to have failed to act (vaccinate his child) that caused the injury to your child.

This statement by a lawyer to MalayMail might help clarify things:

“If a parent fails to disclose that their child is unvaccinated and at risk of contracting or transmitting a vaccine-preventable disease, and also fails to take steps to avoid putting others at risk of infection, they ought to be held to have breached a duty to those who are infected by the unvaccinated child.” – Ramesh Sivakumar to MalayMail.

There is a duty of care (an element under Tort of negligence) for parents to vaccinate their child. If parents fail to do so, they may be in breach of their duty of care to both, their child and other people’s children.

[READ MORE: What is negligence and how does it work?]

Suing is possible, but tough

Now that we know it’s possible to sue an anti-vaxxer for negligence, we should also note that it isn’t the easiest thing to prove. For starters, there have been no cases or precedence of cases in this nature in Malaysia.

This is because all the elements of negligence must be proven in order to sue an anti-vaxxer parent. Here’s how a senior law lecturer put it in an interview with MalayMail:

“...You must definitively prove it was a specific unvaccinated child who caused your child to get sick. If there is a possibility that many kids are unvaccinated in this case, then it becomes difficult to prove...This may then result in the damage that you have suffered being considered to be too remote — meaning that the damage was not a foreseeable...that specific parents’ decision to not vaccinate...” –Daniel Abishegam to MalayMail.

In legal terms, the element of causation needs to be proven, to show that the anti-vaxxer parent was negligent towards your child.

On a sidenote, here’s an article on facts/myths of vaccines in Malaysia.