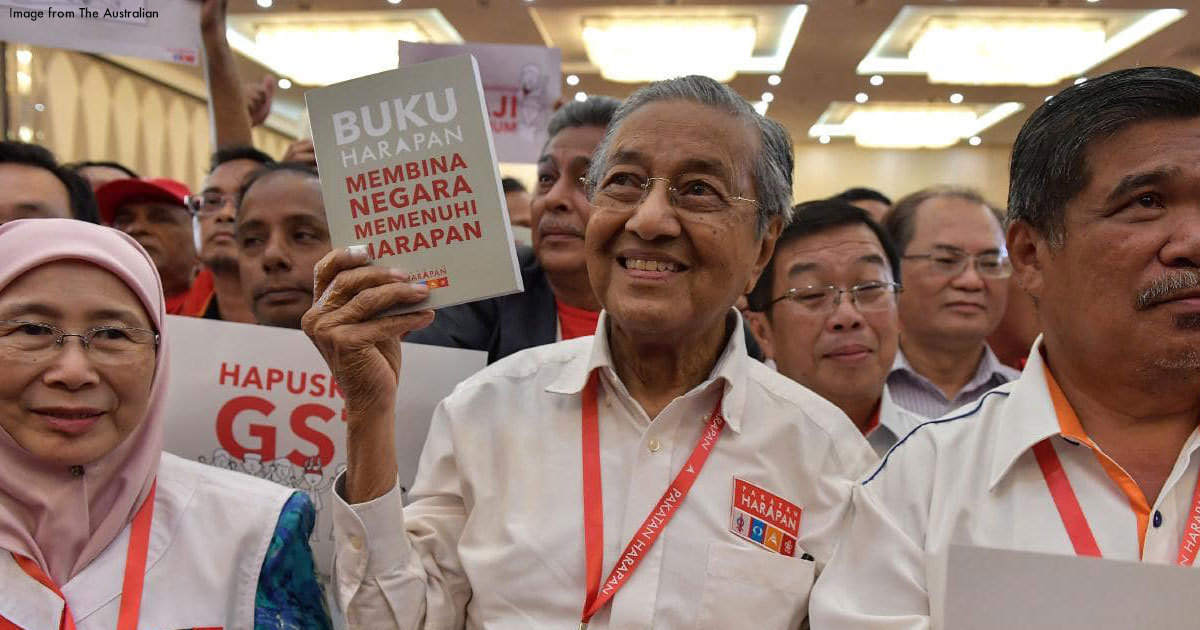 Can Malaysians sue the government if they don’t follow their election manifesto?

After a speech Dr Mahathir made in August 2018 showing that the government managed to achieve 21 of its 60 manifesto promises within 100 days (read the full speech here), many people took this to mean that the government had failed to deliver and had therefore broken their manifesto. While there is some debate on whether certain promises have been broken or are merely “in progress”, there have even been times where citizens themselves have urged the government to break their manifesto - such as when they petitioned for Dr Mahathir to take up the portfolio of Education Minister.

It never feels good when manifesto promises are broken, especially when the promises were a big reason why you supported them in the first place. So actually, is the government legally bound to follow their manifesto after getting elected?

[READ MORE - How do you sue the government if they make a mistake?]

Short answer: No, manifestos are not legally binding

While we are used to people referring to manifestos as “promises”, they are actually more like just a statement of intention - because there is no contract between the political party and the people. In basic terms, a contract forms when:

Things that are not enforceable include the matters covered in Sections 25-31 of the Contracts Act 1950, which for example, includes the term in your employment contract stating you can’t join competitors after leaving the company for a certain period of time.

[READ MORE - Can Malaysian employers stop their ex-staff from joining a competitor?

Without the mutual agreement communicated to both parties, and the intention for both parties to be bound by law, there is no contract. So, you can’t actually sue the government for broken manifesto promises.

Manifestos are usually only announced by a political party -  there is no ceremony where supporters will come forth to sign it and pledge their vote. So without getting into the complications of contract laws here, you can think of a manifesto as merely a moral obligation. It might disappoint you less to think of it as the political party’s outline of plans they have, which might have to change over time due to one reason or another.

So is there a way to force the government to keep their promises?

We can’t. Some people have tried to sue the government in the past for going back on their manifesto promises, but lost. Below we’ll give you a breakdown of the case and why it was decided that way.

The one case we have on this matter is State Government of Selangor & Another v Murtini bt Kasman & Others (not available online to the public). Some women from the Selangor Single Mothers Association had decided to sue the Selangor government in 2012 because the Pakatan Rakyat coalition broke their 2008 manifesto promise to give a monthly allowance to single mothers in Selangor. Their claim was based on “legitimate expectation” that they would receive the allowance from the government because of the manifesto.

The court held that governments should not be legally bound to follow their manifesto 100% because:

[READ MORE - Who runs Malaysia after Parliament is dissolved for an election?]

By that time, members of the government are almost never 100% of whom the political party initially planned to work with; members will differ, coalitions and alliances are formed and broken. So it may become impossible for the formed government to agree to each and every manifesto promise. And this is before we even consider that economic conditions, social values, and public opinion can all change by the time each promise goes to implementation, and new information may come to light. To use a familiar example, if you as the government suddenly discovered a huge pile of debt, you may have to reconsider the budget allocations you promised because you no longer have as much money as you thought you could spend.

No one supports every single promise made by a political party

The judges in the Selangor government case relied upon an English case as authority - Bromley London Borough Council v Greater London Council and another. The English judges decided that manifestos should not be followed exactly as they are like gospel. When a party comes to power, they should consider their promises on merit again, and must consider how circumstances have changed in the present case, whether it’s practicable and fair to implement, and whether there will be big disadvantages in doing so. To follow the example used in that case, it could be a bad idea to provide transport subsidies as promised in a manifesto if the government would be forced to raise taxes to fund the subsidies.

The other point brought up was that the people vote for a party overall, not the entire manifesto. You may not agree with every single item in the manifesto and still support the party. You might be influenced by a few in there, but other people are influenced by different promises. Some people might not be influenced at all.

What can Malaysians do about broken manifesto promises then…?

Well, you could always reach out to your MP, or vote differently come the next election. The problem with voting in another party though, is that you don’t have any guarantee that they will fulfil their promises either, especially if you have limited options for who you can pick in the first place.