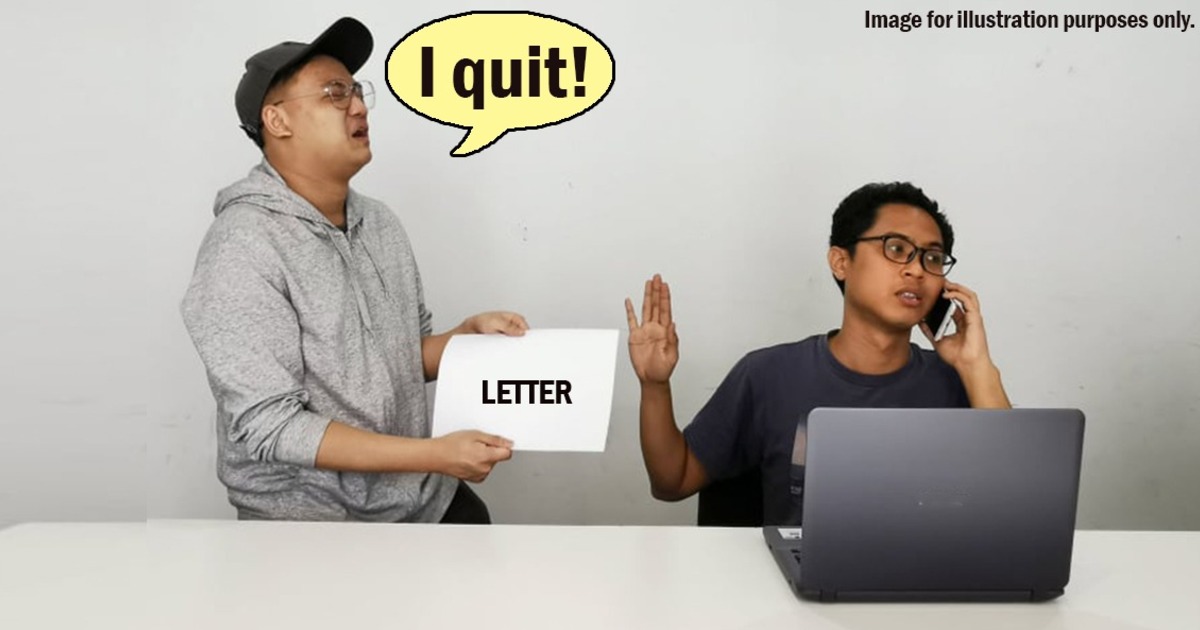 Can your boss ignore your resignation letter in Malaysia?

If you’re currently considering to leave your company or you’ve already been offered a position at a different company, your first step will be to tender your resignation. The process is pretty simple: All you have to do is to formally inform your boss and serve your notice period.

If you don’t know what exactly a notice period is, just take a look at your employment contract. There will be a part in it that talks about how long you’ll have to stay in the company, after you’ve tendered your resignation. This basically gives both parties a heads up if either of them ends the contract.

Now imagine this: You tendered your resignation via email to your boss. Buttttt he tells you that he’s not going to accept your resignation because he doesn’t want you to leave. To make things even harder for you, he deletes the email you sent with your resignation letter in it—claiming that he never saw it.

The question now is: Does your boss have to accept your resignation letter if you want to leave the company?

Your boss cannot stop you from leaving the company

So here’s the thing, your boss can’t actually stop you from resigning...because the law says so. Section 12 of the Employment Act 1955 states:

In the event you’ve decided to resign, your boss cannot stop you from doing so because the law tells us that you (or your boss) can terminate your employment service at any time. But if he doesn’t respond to it, is your resignation considered valid?

[READ MORE: Does Malaysian law allow your ex-company to sue you AFTER you resign?]

In fact, your employment contract will state what you need to do in order to resign. In most cases, it will say you need to serve X months’ notice or pay the company a certain sum to the company. It’ll look something like this:

So as long as you have sent your resignation in writing, that alone is enough to terminate the contract. Your boss doesn’t need to agree or even respond to your resignation. Once he is aware that you want to resign, that itself will amount to acceptance.

But before you tender your resignation...you might want to do this:

At the end of the day, it’s important to know what your employment contract says about your rights as an employee. There are some employers that misuse their powers and put employees in tough situations.

If your employer is making things hard for you or you feel that you have no choice but to file a case against your employer (because he’s not letting you resign)—you can do so at the Industrial Court. Section 30(5) of the Industrial Relations Act 1967 states that they will help employees when:

Basically, the court will take into account the welfare of employees who have been treated unfairly. But take note: You have 60 days to file the complaint. You can check out how to do so, with this guide.

Or in other cases, the employment contract will state that the employee cannot resign for a certain period of time, during the course of employment. So before you take matters to the court, it would be best to check on these things first with your employer.

[READ MORE: In Malaysia, can your boss fire you AFTER you give your resignation letter?]