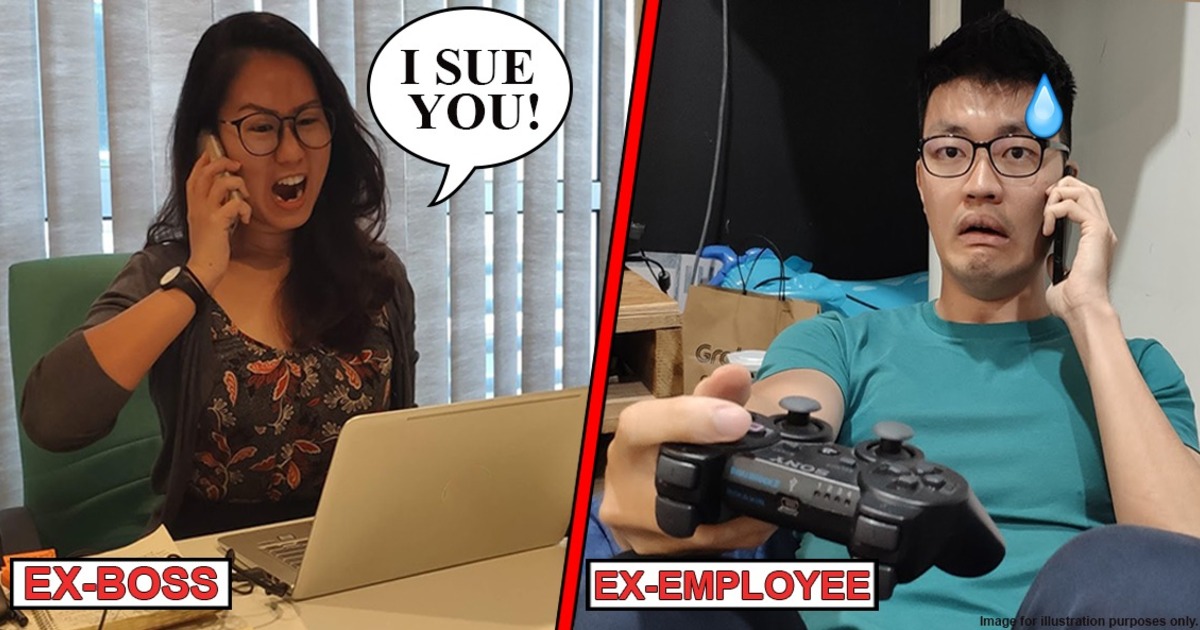 Does Malaysian law allow your ex-company to sue you AFTER you resign?

During your childhood, if you broke something and didn’t want your parents to find out, your first move would have been to just try and hide the mess – or run away from it. And most of the time, your parents would somehow know about it and punish you for whatever you tried to run away from. If only we could do the same in adulthood, right?

Let’s look at two examples of situations where one can mess up in adulthood – particularly when you’re in the workforce.

Situation 1: You committed a white collar crime by stealing a small but significant sum of money from your office.

Situation 2: You accidentally erased the whole database of clients from the company’s server and the company is going to face losses soon.

So, in these two very messy situations, an average adult’s next move would have been quite similar to what the child version of him/herself would have done – which is, to hide your mistake, or...run away from the mess. This, in the working world is now known as: Resign before your employer can fire or take legal action against you.

It might sound like a good idea, but what if we told you...that your employer can still sue you AFTER you resign from your job?

Yes, companies have the right to sue their ex-employees

One thing should be noted here, it’s not normal for companies to go after their ex-employees once they’ve resigned from the job. But, there are some circumstances where they might decide to do so. This will normally result from a serious misconduct or action, which becomes detrimental to the company and they suffer major losses.

So, we’ve listed down several reasons for one to get sued/charged by their company after resigning from the job:

But take note, these are only some reasons to get sued by your ex-company and there can actually be many more. One thing however, is certain: Companies will only sue ex-employees for committing serious offences.

There are many different kinds of action that can be taken by an employer when it comes to suing an ex-employee. In cases of theft or fraud, the ex-employee might face criminal charges.

If you’re not already aware, all employees are bound to something called a duty of loyalty aka fiduciary duty that is owed to the company and the employer. But this is not always stated in paper or written down. But some companies will ensure their employees sign what is known as a non-disclosure agreement (NDA) – A contract stating your relationship with the company is private and confidential.

[READ MORE: What qualifies as "confidential information" in Malaysia?]

The Federal Court case that saved us all

Here’s an example of a case which focuses on revealing the company’s trade secrets, which is one of the main reasons one can get sued by his/her ex-boss. In Dynacast (Melaka) Sdn Bhd & Ors v Vision Cast Sdn Bhd & Another (2016), the Federal Court was in favour of the employee even though he signed a NDA with his previous company.

To briefly illustrate the story, the company was suing Mr Cheok (their ex-employee) for misappropriating information and sending it over to another competing business. However, the Federal Court here dismissed the company’s claims as the contract never specified a time limit for the ex-employee to keep the information confidential.

This means that, although your boss sues you after you resign, it doesn’t necessarily mean you’re at fault in the first place. But this is different if the company has enough evidence to show that you have maliciously done something, resigned on purpose and caused them significant losses.

The main idea here is that, as an ex-employee, you still have the right to defend yourself and will not be held responsible just because the company sued you after you’ve resigned – as what happened in the Dynacast case.

Now, some of you might wonder, does this mean you cannot resign from your job even if you gave the company proper notice?

You can actually resign your job at ANY TIME

Your boss can’t stop you from resigning from your job (nor can you stop him from firing you). So, if you really want to resign, you must turn in your notice of resignation, before leaving the job.

Basically, you need to give a notice at least 4 weeks or 12 weeks, depending on the duration you’ve worked, before you leave the company. This can be done at any time, unless your contract states otherwise. But if you resigned without giving sufficient notice, or after doing something illegal in the company, this does not mean that you’re free to go.

The company still has a right to sue you, after considering if it is worth doing so to an ex-employee who left the job. And as an employee, you have the right to defend yourself in situations where your ex-company takes legal action against you – so long as you have enough evidence to prove that you did not commit a wrongdoing or breached your fiduciary duty as an employee.

[READ MORE: Can Malaysian employers stop their ex-staff from joining a competitor?]