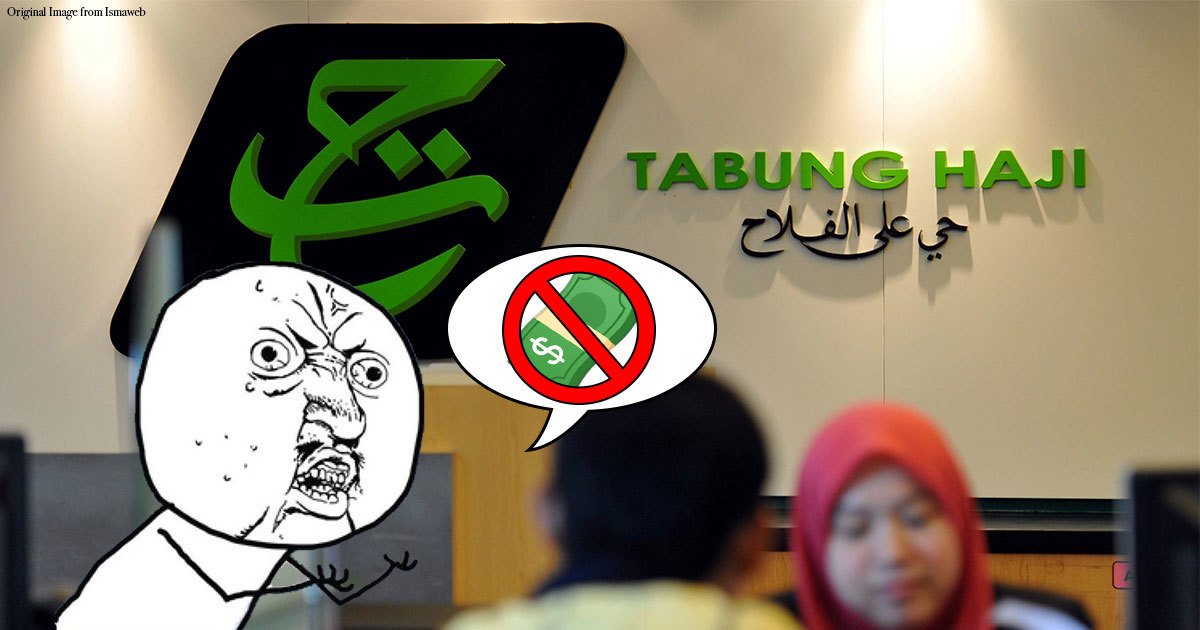 Tabung Haji is in trouble. What happens to the savings of 9 million Malaysian Muslims?

The past few weeks have not been great for Tabung Haji. News report after news report came out highlighting their troubled finances, which are a big deal because they manage the money of about 9.3 million Malaysian Muslims. The summary of their troubles is this:

News came out about Lembaga Tabung Haji lodging two police reports against its former management on 30 November 2018 over misuse of fund money under Yayasan Tabung Haji, and misrepresentations made regarding the sale of Tabung Haji’s stake in PT TH Indo Plantations. Not long after that, a Straits Times report alleged that Tabung Haji faked its accounts to justify paying RM2.7 billion in dividends (hibah) in February 2018.

But these incidences weren’t the beginning of Tabung Haji’s troubles - in 2015, Bank Negara sent Tabung Haji a letter saying that Tabung Haji needs to manage its risk better because it had more liabilities than assets. In plainspeak, this means that they owe more money than they have. The situation in 2015 wasn’t as bad, with Tabung Haji having 98 cents of assets for every RM1 in liabilities.

Most Malaysians would, at the very least, recognize Tabung Haji as a fund that helps local Muslims save up to perform their pilgrimage to Mecca (Hajj), which is an important event that all Muslims must do at least once in their lifetime.

So the question now is, what is Tabung Haji actually supposed to do with all this money, and whether their current financial situation will still allow Malaysian Muslims to perform the Hajj, considering that the estimated waiting period is 89 years in 2017.

Let’s look at what the law says about how Tabung Haji operates.

Lembaga Tabung Haji is a company

The Lembaga Tabung Haji (Lembaga) is what the law calls a body corporate (basically a company), that is set up under the Tabung Haji Act 1995. Their activities are broken down into 3 main areas - Hajj management, deposit handling, and investment.

The Lembaga can receive deposits from any Muslim who is a citizen and is living in Malaysia, and those deposits shall be for two reasons only:

By law, the Lembaga is only allowed to use the funds for:

There were allegations that RM22 million of funds under Yayasan Tabung Haji had been directed towards politically-inclined activities, which if true, is not allowed. But here’s the thing - many Muslims who’ve been depositing their hard-earned money into Tabung Haji may have been completely unaware of Tabung Haji’s financial situation because Tabung Haji has been paying a steady dividend to their depositors since 2012. But what’s so wrong about paying dividends?

The Lembaga can only pay dividends...if it has enough money

But before doing that, the Lembaga must fulfill 3 conditions:

If we strictly follow what we know so far, it looks like something is up with Tabung Haji’s accounts, since they are clearly losing money. There were also problems revealed in their auditor’s report with their accounting practices. Our Auditor General’s report found that Tabung Haji had been modifying its own accounting rules every single year, and even changed it twice in 2017. We’ll need to wait for the outcome of investigations to know exactly what’s up.

Now for the big question - what happens to your money in Tabung Haji if the worst case happens and will it affect your chance of going for Hajj?

Tabung Haji’s funds are guaranteed by the Government

If you have money with Tabung Haji, fear not, because Section 24 of the Tabung Haji Act says that if Tabung Haji can’t pay you for your withdrawals, the government will lend money from the Consolidated Fund to Tabung Haji to pay you.

Section 24(1) of the Tabung Haji Act 1995
“If any expenditure of the Lembaga in relation to withdrawals by depositors cannot be met out of the Fund or the Reserve Fund it shall be charged on and payable out of the Consolidated Fund.”

While it’s great that Tabung Haji depositors won’t risk losing their savings, Tan Sri Zeti Akhtar Aziz had brought up that this “government guarantee” would affect the government’s finances. And where does the government get most of its money from? Taxpayers.

The guarantee doesn’t solve any problems for Tabung Haji, because they would owe a ton of money to the government for a while. But there’s hope on the horizon.

Tabung Haji’s new management has a turnaround plan for the fund which includes separating the Hajj management operation from deposit-taking so that the deposits can be regulated by Bank Negara. There will also be a Special Purpose Vehicle set up to take over Tabung Haji’s underperforming investments and improve them over a few years.