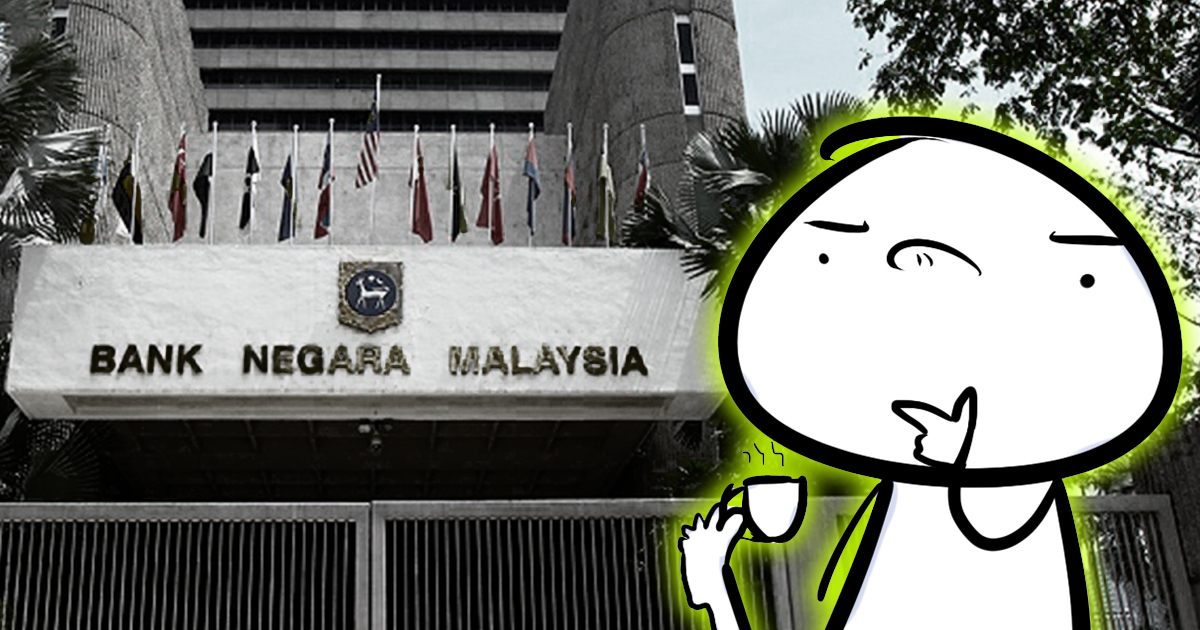 Question - What bank in Malaysia doesn’t have ATM machines?

Bank Negara Malaysia. However, you’ve heard them release policies and statements about financial issues, like their position on cryptocurrencies, and the Inter-operable Credit Transfer Framework (ICTF) that took effect in July.

They do this on authority as the Central Bank of Malaysia - but what does that mean? What exactly do they do that is different from other banks?

Bank Negara is… a company

A “body corporate” is basically a company which has what we call “separate legal entity”. This means that legally speaking, the company becomes a “person” and can do almost anything a real person can. Bank Negara is just like normal banks in the sense that it operates like a company, even though you won’t see “Sendirian Berhad” behind its name.

[READ MORE - If a Malaysian company that owes you money goes bankrupt, can you sue the boss to get it?]

As to the question of who owns Bank Negara... we don’t know, because there’s no list.

Bank Negara is a pretty powerful body corporate though. It has quite a few functions listed under Section 5 of the CBMA, but they fall under 3 major categories…

They do this through a Monetary Policy Committee set up by Section 23 of the CBMA, which consists of Bank Negara’s Governor, the Deputy Governors, and between 3-7 other members who will either be directors or officers of the Bank. They decide on monetary policy together and publish a monetary policy statement roughly every 2 months (which you can keep track of here).

After that, the Bank can choose to implement the monetary policy by these further measures (other than setting the interest rate):

Basically, they’re balancing the economy and keeping it healthy by setting the price of money itself (which is the interest rate).

In order to keep that stability, Bank Negara can request any supervisory authority or government agency of Malaysia to submit information on:

Once they get that information, Bank Negara can also take measures under Section 31 to protect financial stability, such as controlling the amount of any type of risk people can take, or even issue orders to banks and the general public to take measures which will protect them from risks to financial stability. For example, if Chimpanzee Bank takes on a lot of high risk assets like, say…sub-prime mortgage securities (hint hint), Bank Negara can choose to issue an order telling Chimpanzee bank to reduce their exposure to those high risk assets.

If you’ve never heard of the “Yen Carry Trade”, it was basically an “easy money” tactic that involved borrowing Yen from Japan at a very low interest rate, and reinvesting that money in the US where interest rates were higher and you would get a nice return - basically borrowing money for almost free and then earning interest from another country.

This caused many problems for Japan back when they didn’t have capital controls - to prevent currency from flowing out of the country uncontrollably and devaluing the currency. One of Bank Negara’s responsibilities is to prevent exactly that, so they are empowered through Section 43 of the CBMA to issue:

“... rules, codes, standards, principles or guidelines for the purposes of regulating, developing, or maintaining orderly conditions or the integrity of, the money market, the foreign exchange market or the market for the derivatives related to the currencies, securities and other financial instruments traded in these markets.”

Under Section 214 of the Financial Services Act 2013, no one can make a transaction under Schedule 14 without the written approval of Bank Negara, which are basically transactions where foreign currencies and/or gold enter Malaysia, and where the Ringgit exits Malaysia. There are further rules in the Foreign Exchange Administration rules of Bank Negara, which you can refer to at Bank Negara’s website. They also have a list of Frequently Asked Questions if you have any specific questions about financial rules and regulations.

If at the end of all that you’re still having trouble figuring out what Bank Negara does, you can think of them as the people who control the thermostat of the Malaysian economy - like the guy with the air conditioner remote in your office. He’s got to make sure the temperature isn’t too cold, nor too hot, so you’ll be reasonably comfortable and know what to expect in times to come. If it’s raining outside, he’s got to turn up the temperature to make sure everyone doesn’t freeze, and so on.