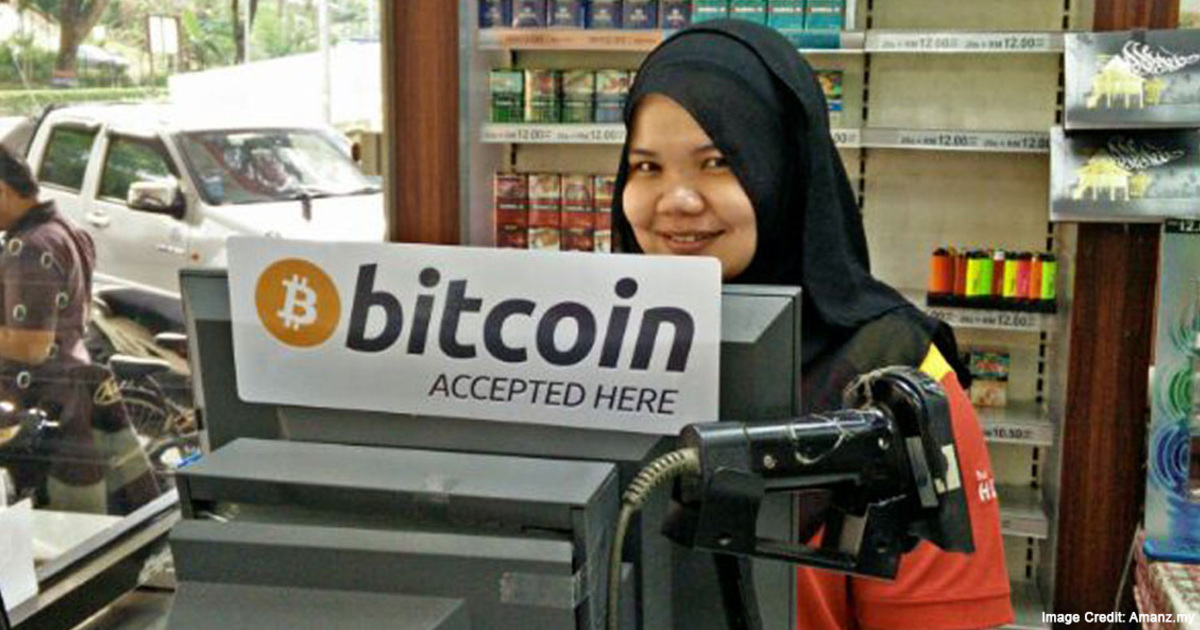 Is Bitcoin legal in Malaysia?

Over the last few years, you might have heard a lot of Bitcoins and cryptocurrencies. The news is usually about the price of Bitcoin hitting new highs, but there are also news about hacks where a lot of Bitcoin was stolen.

If you didn’t already know, Bitcoin is a “cryptocurrency”, which is basically a digital currency - just like the Ringgit, except it only exists on a computer. You can find the finer details here if you’re interested. We won’t go into a discussion about the features of Bitcoin, so we’ll leave it at that a lot of people like the advantages Bitcoin offers over conventional currency like the Ringgit.

Bitcoin has gained so much traction that some of our local shops have started accepting it, such as this Kelantanese nasi kerabu stall, and these noodle stalls in Puchong, Selangor. You might not have even questioned whether Bitcoin is legal in Malaysia, until some other countries started banning it. Our own Bank Negara was also deciding on how to treat Bitcoin in October 2017 (we’ll get to their actual decision later).

But in the first place, is Bitcoin legal or not?

Bitcoin is not recognized as “money” in Malaysia

One of the key features of Bitcoin is that it’s not issued by the Central Bank of any country. The thing is, this feature is exactly what makes Bitcoin not recognized as money in Malaysia (or “not legal tender” as the law puts it).

Section 20 of the Central Bank of Malaysia Act 1958
“The Bank shall have the sole right of issuing notes and coin throughout Malaysia and neither the Government nor the Government of any State nor any public authority, or banking institution or other financial institution, or other institution or persons shall issue currency notes, bank notes or coin or any documents or tokens payable to bearer on demand being documental tokens which, in the opinion of the Bank, are likely to pass as legal tender.”

“Legal tender” means money that’s accepted for payment in Malaysia under Section 24 of the CBMA 1958. And since Section 18 defines the currency of Malaysia as the Ringgit, it’s not just Bitcoin, all digital currencies are not recognized as legal money in Malaysia.

Is Bitcoin recognized as a “foreign currency” then?

“...currency notes or coins which are legal tender in any country, territory or place outside Malaysia…”

It could be argued that since Japan recognizes Bitcoin as money, it could be considered a “foreign currency”. Then again, all foreign currencies, whether the US Dollar, UK Pound, or Indian Rupee, are not “legal tender” in Malaysia. While we see currency exchange at banks and licensed money changers as part of everyday life, you won’t see someone trying to pay the mamak shop in US Dollars - it’s not accepted as money in Malaysia. Even if the mamak shop accepts US Dollars, it’s a private arrangement between you and the mamak. In the end, the shop will still have to convert it into Ringgit to get his money’s worth.

Bitcoin can be a ‘currency’ under the Contracts Act

So up until now, Bitcoin is still not recognized as a legal tender. But a recent 2020 court case has said that Bitcoins actually do have some value...even if they still can’t be considered to be money in Malaysia. In Luno Pte Ltd & Another v Robert Ong Thien Cheng, the case was regarding a man who owed some Bitcoins to a company. Here are the brief facts:

In the Shah Alam Sessions Court, Mr. Robert argued that he didn’t need to pay the excess Bitcoins because...Bitcoins were illegal in Malaysia. The court said that Bitcoins were not illegal, and so, this could not be a reason to not pay Luno back.

First and foremost, whilst cryptocurrency is not recognised as legal tender in Malaysia, this does not mean that the Plaintiffs’ operation is illegal.

The case was decided in favour of Luno, but Mr. Robert appealed the decision and they went to the Shah Alam High Court. There, the judges referred to Section 73 of the Contracts Act 1950, which talks about the repayment of debts:

A person to whom money has been paid, or anything delivered, by mistake or under coercion, must repay or return it.

Mr. Robert argued that Bitcoins could not come under the definition of ‘anything’ in the Section above and so, he didn’t need to pay Luno back. However, the court disagreed with him and said that Bitcoins would come under the definition. They also said that it was important to keep up with the current times and that the law should reflect and include changes in technology.

This was a landmark case which decided that even though Bitcoins and other cryptocurrencies may not be legal tender, they can be considered as commodities.

Thus far, Bank Negara has not mentioned anySo plans to legalize nor regulate digital currencies either, but Bank Negara is putting reporting obligations on the exchanges under the Anti-Money Laundering, Anti-Terrorism Financing and Proceeds of Unlawful Activities Act 2001 (AMLA).

Bitcoin is not controlled by a central authority (like Bank Negara), and transactions are encrypted into the blockchain technology. You and I could exchange Bitcoins for any reason imaginable, and no one would ever know. This is where dealings like drug trafficking, money laundering, and even funding terrorism could take place. In fact, Bitcoin was used as the currency on the Silk Road - a since busted internet marketplace where a lot of illegal drug sales were carried out.

So because of this, under the AMLA, digital currency exchanges will have to report any transaction that goes through them to Bank Negara, which includes the following information:

These regulations have since taken effect from 27th February 2018 through this regulation issued by Bank Negara. According to Section 14 of the AMLA, digital currency exchanges will also have to promptly report any transaction that is suspicious or might be linked to money laundering, terrorism funding, or other illegal activities. These measures are far from regulations on Bitcoin, but it’s a start to make it more transparent and weed out the crooks. In fact, Australia has implemented similar measures to stop criminals and terrorists from money moving around undetected.

Yes, it’s still legal to own Bitcoin, but at your own risk

To clarify, Bitcoin is not illegal like cocaine or a giant sword. It’s just not recognized as a currency you can use to pay for things in Malaysia.

Other than reminding the public that Bitcoin is not legal tender, Bank Negara is also warning us that:

“Digital currency businesses are not covered by prudential and market conduct standards, or arrangements that are applicable to financial institutions regulated by Bank Negara,”

If you’re interested to know more about using Bitcoin safely, here are a few tips from KCLau to avoid Bitcoin scams online. Bank Negara is also advising the public to evaluate the risks of cryptocurrencies carefully before making any investment decisions. Because if you make a mistake with Bitcoin, it might mean losing more than just a bit of coin…