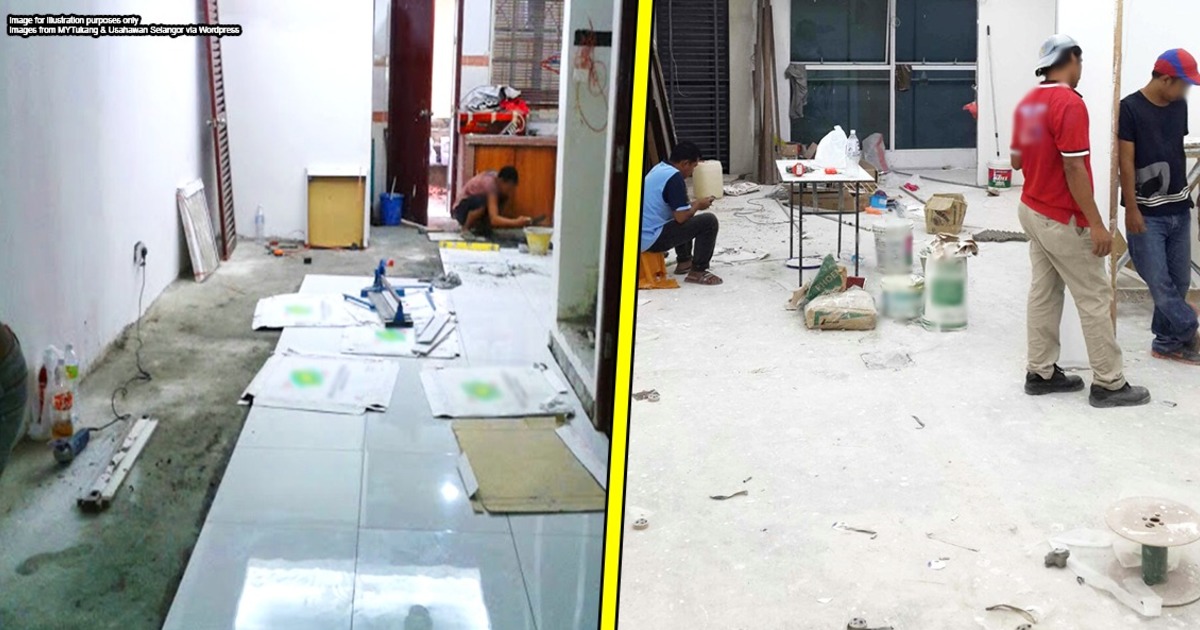 Note: While we mention ‘condo’ in the article, the laws discussed here apply to all strata properties (apartments, flats, other high-rise properties and gated communities). These laws are also only applicable for Peninsular Malaysia and the Federal Territory of Labuan.

Picture this: you just moved into your new condo unit. The very next day, you see your neighbour carrying out massive renovations, causing a lot of noise and mess outside your house. You then find out that this neighbour actually hasn’t gotten permission to do all these renovations.

This scenario is actually more common that we might know. In fact, a few days ago, we got a question from one of our readers:

“How to stop an unauthorised renovation to a strata titled property?

We previously wrote an article on how some house renovations require prior authorization, and some don’t:

In this article, we’ll look at what you can do about a neighbour who’s illegally renovating their unit.

The management must approve renovations

In Malaysia, there are two types of properties: strata titled and landed properties. Like we said earlier, strata properties are those that are gated and those that have managements. They usually have security guards, share facilities with one another, and so on. On the other hand, landed properties don’t have a management body and they don’t need to pay maintenance fees to anyone.

So if an owner of a landed property wanted to renovate his home, he would have to get the approval of his Majlis Perbandaran. Once the Majlis gives them that permission, they’re free to go on with their renovations.

Condo managements have their own set of laws (known as by-laws), and this is a power given to them by the Strata Management Act 2013. Section 9 says that the developer/management) can:

Now let’s say you do complain to your management, but your neighbour still isn’t stopping the renovations...

What if your neighbour isn’t budging?

In the rare case that your neighbour is renovating their house without the management’s permission, but the management doesn’t want to stop them, there are a few other avenues that you can try:

[READ MORE: A Msian man was sued for RM50K for causing cracks and leaks in his neighbour's house]

So it’s pretty straightforward: Your neighbour needs the management’s authorization to renovate their unit. If they don’t, but still continue with their plans, you’ll need to make a complaint to the higher authorities.

But remember, if they do have permission, then you can’t stop them, even if you find it really annoying. Unless, of course, your own house is damaged and you lose peace of mind because of their renovations, just like the man who sued his neighbour for RM50,000.