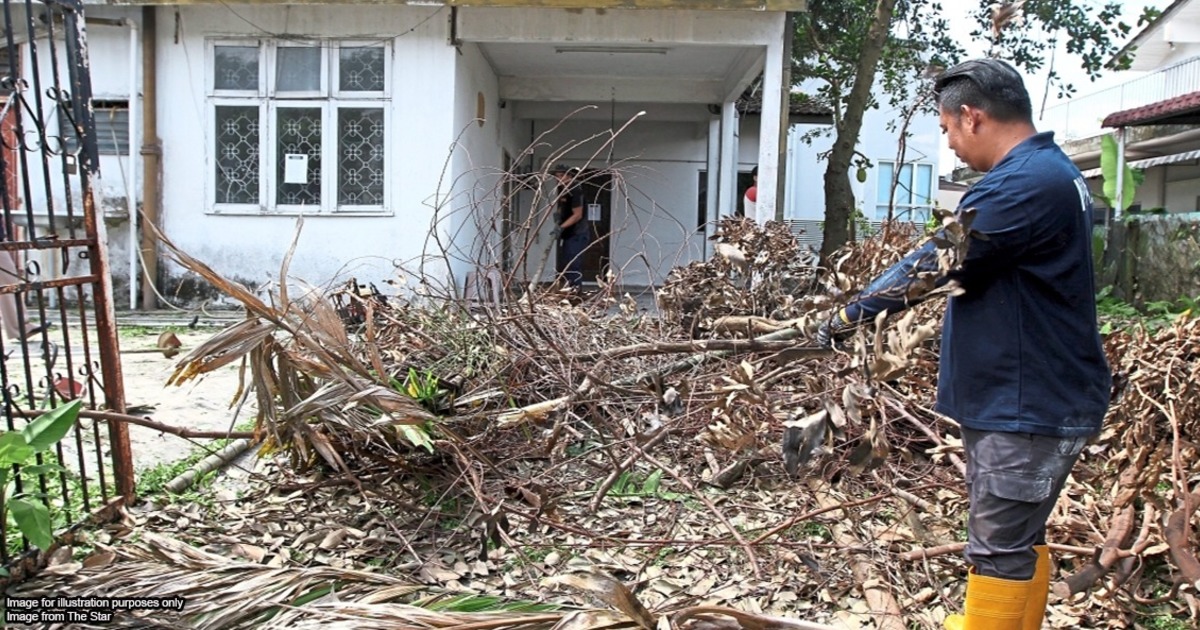 In Malaysia, you may be jailed or fined for leaving your house vacant for too long

One day, you get a call from the Majlis Perbandaran of a certain area. You happen to have a home there that you haven’t been to in years because it’s really far away. The Majlis representative tells you that you’ve been slapped with a hefty fine for leaving your home vacant for that long. They go on to say that over the years, there have been overgrown plants in your home that have creeped into your neighbours’ compounds. There have also been snakes in hiding in all that mess, making your neighbours worried for their safety.

This particular scenario may be something you don’t hear of often, but almost all of us have seen abandoned homes around. While they can be unpleasant to see, the problem is much more than that. Abandoned homes can make it unsafe for others living near the premises, and they can also affect the quality of life for them. And because that, you can get in trouble for not looking after your home.

Your Majlis Perbandaran can take action against you

There’s actually a written law that allows your local authority to penalize you for leaving your home unattended to. Section 74 of the Local Authorities Act 1976 says:

Any owner, occupier or tenant of any house, building or land...who suffers the same or any part thereof to be in a filthy and unwholesome state or overgrown with rank or noisome vegetation, shall be guilty of an offence and shall on conviction be liable to a fine not exceeding one thousand ringgit or to a term of imprisonment not exceeding six months or to both...and to a further fine not exceeding one hundred ringgit for each day during which the offence is continued after convictions

In other words, this law says that a person who lives in a home that is kept in a dirty state can be fined a maximum of RM1,000, be jailed for 6 months, or both. There’s also an additional fine of RM100 for each day that the offence is still done even after that person is caught.

You may have noticed that the key words above are keeping the house in a ‘filthy and unwholesome state’. So of course, this also means that a person can be penalized under this same law even if they still in live in that house—it does not necessarily need to be vacant. If you remember, there was a case early last month involving an elderly lady who had been hoarding garbage all around her house. It became unbearable for many of her neighbours, to the point that one of them filed a police complaint. In her case, she wasn’t taken to court, and that’s because she’s believed to have a mental disorder.

But this article is specifically on vacant homes that are in a dirty state, making it unpleasant for others to live in that area. And the law that was just mentioned above is exactly what’s being used to tackle the issue of vacant homes in Malaysia. For example, the Petaling Jaya City Council (MBPJ) have been enforcing this law in their municipality and have even set up a taskforce just to identify and deal with abandoned homes.

This may be a slight diversion from what we’re talking about, but it’s still somewhat related to it and is more of an FYI. When the British were in our country, there used to be a law called ‘adverse possession’. Ironically, the law itself comes from Britain but they themselves eventually abolished it here. Basically, this law allowed someone to take over your land and legally make it theirs if you had left it vacant for a long time.

This started somewhere in the Middle Ages, in a time of economic hardship where many people were left homeless, but there was a lot of land that had been abandoned. These people ended up becoming squatters on land that was left empty, eventually making it their own. The authorities then saw fit to allow these people to take the land as theirs, since they had been looking after it, and their original owners had abandoned them anyway.

This law eventually came to Malaya, but as mentioned earlier, it’s been abolished—especially after the National Land Code came into effect. People DID try to claim adverse possession even after that, but the courts rejected them. Interestingly, this law still exists in the UK. However, it’s slightly different from what it used to be. Back then, a person who lived on another person’s land for 12 continuous years could take that land as theirs. Now, living on it alone isn’t enough. To be able to claim that land as theirs, they have show that they’ve done enough to make that place their home (furnished it further, spent money on it etc.).

In Malaysia, the law doesn’t allow someone else to live on your land and maintain it as their own. And that’s exactly why you can get in trouble for not doing so yourself.

Your neighbours can also sue you for nuisance

So if you left your home in such a bad state that it’s impossible for others to live peacefully in their own homes, they may have a cause of action against you. The bottom line is this: While you may have bought that piece of land and it’s yours, you still have a duty to keep it in a reasonably clean state. If you fail to do so, both the local authority and your neighbours can hold you responsible.

[READ MORE: The Malaysian government CAN legally take your land and property...under 3 conditions]