By the time you’re reading this, you would have read the explosive news about how a Court of Appeal Judge named Datuk Dr Hamid Sultan Abu Backer did a whole bunch of mic drops in relation to alleged misbehavior by judges within the Malaysian court system, which is linked to:

Unless you read the entire 63-page document that’s making its way around social media, there’s a chance nothing you’ve been reading about this whole saga makes any sense – but that’s what we’re here for. Here’s the gist of the story:

Karpal Singh’s daughter, Sangeet Kaur Deo, is suing Chief Justice (kinda like the head of all Malaysian judges) Richard Malanjum in order to get a declaration (an official statement from the court) that the CJ failed to protect the integrity of the judiciary (the court system) during her father’s 2009 sedition trial, as well as information on an internal probe that the judiciary had conducted on the Karpal Singh and Indra Gandhi trials. Essentially, she’s claiming that the trials weren’t fairly conducted (judicial interference) and questioned why the CJ decided to suspend investigations into her father’s trial in November 2018.

[READ MORE: Malaysia has a new Chief Justice...but what does he do?]

This is where Justice Hamid comes in. According to his background included in the affidavit, he’s currently a judge in the Court of Appeal and, over the years of his practice, written reference books which our law-practicing readers will know as the Janab Law Series. Oddly enough, he also highlighted his prowess as a master cook and restauranteur, notably his ability to prepare nasi briyani for 10 thousand people, and claims that if he were found to be dishonest, corrupt, or incompetent, he would give up his writing career and open up a Janab’s Briyani House chain of restaurants. In other words, you might say he’s...

At Sangeet Kaur’s request, Datuk Dr Hamid Backer filed an affidavit in support of her claims, by highlighting several incidents where judges weren’t properly doing their jobs, or were aware of what was going on but didn’t do anything about it. In short, he wrote it to backer up.

We will make references to parts of the document used in the article and, in case your Whatsapp service has been down the past few days, you can download the affidavit here if you want to read the entire thing yourself.

But how true are these claims?

While it may be very easy to immediately accept the contents of the affidavit as true – after all, he IS a judge so he must have seen things, amirite? – the answer at the time of writing is that nothing is true until further investigation, but there may be some weight to it. This comes from understanding what an affidavit is.

An affidavit isn’t what happens when you put Redoxon into water (that’s an effervescent). Rather, an affidavit is a sworn statement documenting points or events that the writer experienced and believes to be true (or what most people will call a “fact”). The difference between this and a Facebook post or an anonymous letter is that an affidavit is filed under oath, meaning that you can be jailed up to 3 years and possibly fined for lying in an affidavit. Basically, if you lie in an affidavit, you’re giving false evidence; which is a crime.

Whoever, being legally bound by an oath, or by any express provision of law to state the truth, or being bound by law to make a declaration upon any subject, makes any statement which is false, and which he either knows or believes to be false, or does not believe to be true, is said to give false evidence.

So it’s very important to note that the following points in this article cannot be taken as a fact or truth by any means. It’s what Justice Hamid has sworn to be truth, but whether or not it’s actually true remains to be established.

[Update – On February 21st, Dr. Mahathir confirmed that the government will be setting up a Royal Commission of Inquiry (RCI) to investigate the allegations]

Another thing that we should clarify is that the CJ mentioned in the incidents has not been identified by name, and may even refer to different people since there have been 9 Chief Justices since 1994. Justice Hamid refers to him/her as “ARLC”, which is a shortened nickname for “Antagonist of Rule of Law and Constitution”.

1. It all started with an Italian lunch

It’s unclear whether or not those involved had The Sopranos in mind when setting up their lunch appointment, but Justice Hamid mentions that, about a month before GE14, several judges including a top judge and himself met for lunch at an Italian restaurant. Over lunch, the judges discussed their concern that they would be removed from their jobs or be subject to a tribunal if the Opposition (Pakatan Harapan) won the election.

Although it’s not mentioned if any specific cases were discussed over the Italian lunch, Justice Hamid recounts in his affidavit several high profile political or constitutional cases where outside powers interfered in court decisions. Here are a few in summary:

The importance of the Italian lunch discussion is that it was basically a confession relating to guilt that such interferences did happen.

To him, this should be grounds to start a Royal Commission of Inquiry (RCI) into the behavior of some judges as well as some practices that compromises the integrity of the legal system… something that he had been pushing for some time.

2. Judges were promoted because they went to the right school 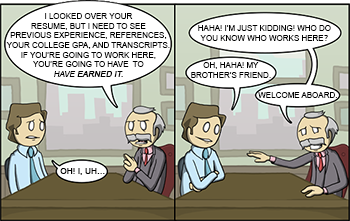 But like in any company, problems may arise when employees are promoted based on their relationship with their bosses – and that’s what Justice Hamid claims is happening within the courts.

From the screenshot above, Justice Hamid is essentially saying that some judges were promoted either because they happened to attend the same school or because they simply followed what other top judges asked them to do. As a result, at least 80% of judges from ARLC’s time came from the same university or service [25].

On the flipside, judges who refused to follow ARLC’s instructions weren’t promoted [41-45] or were harassed to change their judgments [103-107].

3. There was a “hit squad” of judges to assassinate... the law

We didn’t make that up. There’s apparently a group of judges nicknamed Hit Squad that would make judgments that favored the past government.

To give you an idea, in the higher courts, cases are heard by a panel of three judges who will make decisions based on a majority vote – kinda like the US jury system but with judges instead of civilians. In theory, each judge can keep the other in check, and this should result in a fairer trial. The panel of judges are called a coram.

What happens here is that the coram is “fixed” by inserting Hit Squad judges from the get-go. While it’s unclear whether these judges simply followed instructions or were seen to be more likely to make certain decisions, the implication here is that the person on trial is already predisposed to win or lose their case depending on what the previous government wanted the narrative to be, rather than any fact, law, or argument presented in court – basically resulting in an unfair trial.

4. The courts were used as a money transfer service

This is because the past government would allegedly get into contracts with political nominees (such as companies owned by people with political connections) with no intention of honoring/carrying out these agreements, and terminate the contract. The political nominee will then sue the government for breach of contract and receive compensation in return. While it’s perfectly normal and acceptable for parties to sue over a breach of contract, it’s also up to the court to ensure that the contract was fair and enforceable in the first place. Otherwise, it would be considered fraud. If you’re still confused at how this works, here’s a different example:

Let’s say you and your boss hatched a scheme to extract money from your company by filing a bunch of false claims – you’d make the claims, and your boss will approve them. While it sounds easy enough, there’s a problem with this plan… you’ll have to make sure that it doesn’t raise any red flags in the finance department. This means that your plan must be extremely sophisticated, or you’re sure that the person in charge of finance is extremely understanding or not very good at their job. Allegedly.

Justice Hamid argues that a higher standard is required when looking into breach of contract cases involving the government as it involves public funds, and questions if previous judgments that ended up in payoffs to these companies were a result of judges not being familiar with this aspect of the law, or that some form of hanky-panky was involved.

So… why is this such a big deal? At risk of sounding like a first-year law student’s essay on why they chose to study law, the judiciary’s role in interpreting and applying the law without interference or fear of retaliation is an important part of any country’s government. We spoke to lawyer Fahri Azzat, who summarized the possible repercussions IF the affidavit is true:

But this article doesn’t contain all of what Justice Hamid claims to know. In his affidavit, Justice Hamid left a whole bunch of teasers for information that he’ll only reveal if Royal Commission of Inquiry (RCI) takes place.  There’s also additional information and cases that we left out to keep this article (somewhat) concise, such as judges being influenced by post-retirement job opportunities in arbitration [124] and that making judgments against the then-Opposition being a criteria for promotion [69].

So again, you may want to read the affidavit for yourself to get a fuller picture. Of course, assuming that everything contained in it is true. At time of writing, it’s been reported that the judiciary has filed a police report over the allegations made in Justice Hamid’s affidavit. However, as mentioned earlier, Dr. Mahathir also confirmed that the government will be setting up an RCI to investigate his claims, soooo……. #BriyaniKeranaBenar ?