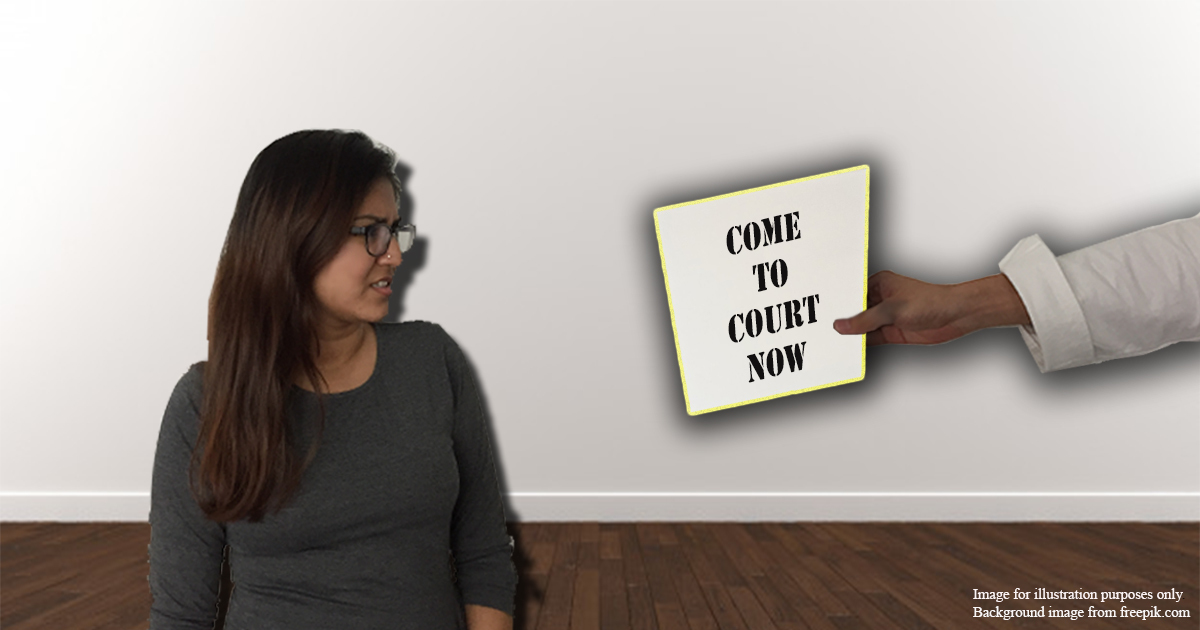 If a Malaysian court asks you to show up as a witness, can you say no?

about 4 years ago Matdura S.

So you’ve received an official letter from the court, stating that you have been summoned to be a witness in court because your colleague has been fired recently. (Disclaimer: This is just an example. There are various reasons to be called to court as a witness and some of them are covered here.)

However, you have just finalised your vacation plans to Bali during the time of the proceedings, and this letter cannot get in the way of your plans – or can it?

First off, let’s establish the situation you have at hand. You’ve most likely been served a writ of subpoena. (Pronounced as se-pee-nah.)

Okay, take a step back, breathe. Does this mean you have to cancel your vacation plans just because your colleague messed up? Or is it possible to tell the court that you’ve booked a holiday? If you’re wondering now on what exactly is a subpoena and how is it going to affect you...and also if can you choose to ignore it (Like how you would normally ignore all your problems in life?) keep reading on!

What is a subpoena? 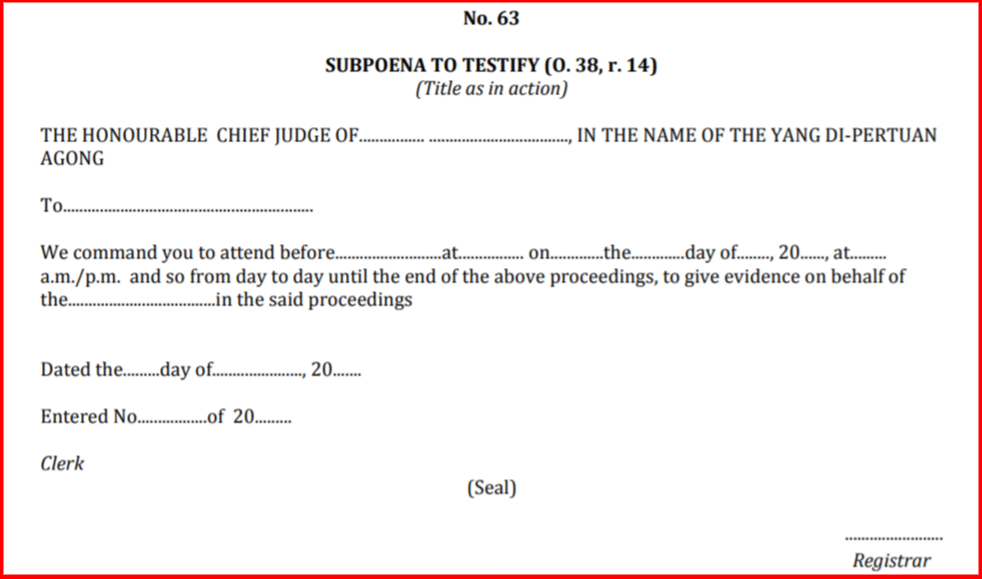 A subpoena is a type of summon issued by the court, which requires the person named in it to either –

Fun fact: You also get paid a certain amount if you go to court! This differs on a case to case basis.

Most of the relevant information has been covered in this article, however, if you’re looking for something extra on subpoenas, check out Order 38 Rule 14 of the Rules of Court 2012 where recent amendments have been made to the Rules of Court 2012. Now that we know a subpoena isn’t some kind of an Italian dish, let’s now address the main question…

Can you ignore it? (And save your vacation?)

If you do not attend court after being served a subpoena, the court has all the right to issue you an arrest warrant. Yes, you can get arrested for not attending court as a witness. However, there are some circumstances where the courts have set it aside, such as when the case can still go on without a witness having to appear in court.

An example of a case law is Wong Sin Chong & Anor v Bhagwan Singh & Anor [1993] 2 AMR 3351; [1993] 3 MLJ 679, SC, it was mentioned in the case that although the parties can choose who to produce in court as a witness, the court has the right to refuse it. Most importantly, no useful purpose could be obtained from the attendance of the witness in Court. If this happens, then the subpoena can actually be set aside.

So what do you do when you receive one?

Firstly, identify the type of subpoena you’ve received – whether you are asked to give evidence, produce documents or both. If you’re asked to produce documents, make full copies of the relevant documents and ensure it is produced on the day of the trial. (Remember, it’s okay if you don’t come, but your documents must.)

If your subpoena states the former, and you have to be present to give evidence, ensure that you are there on time and follow the court etiquette for the proceedings to go on smoothly.

To wrap things up; firstly, a subpoena is just part of a legal procedure and it is not as scary as it sounds. Also, do take note of the court etiquette and what is needed from your side to help the courts in the proceedings.

[READ MORE: IS IT SCARY BEING A WITNESS IN A MALAYSIAN COURT?]