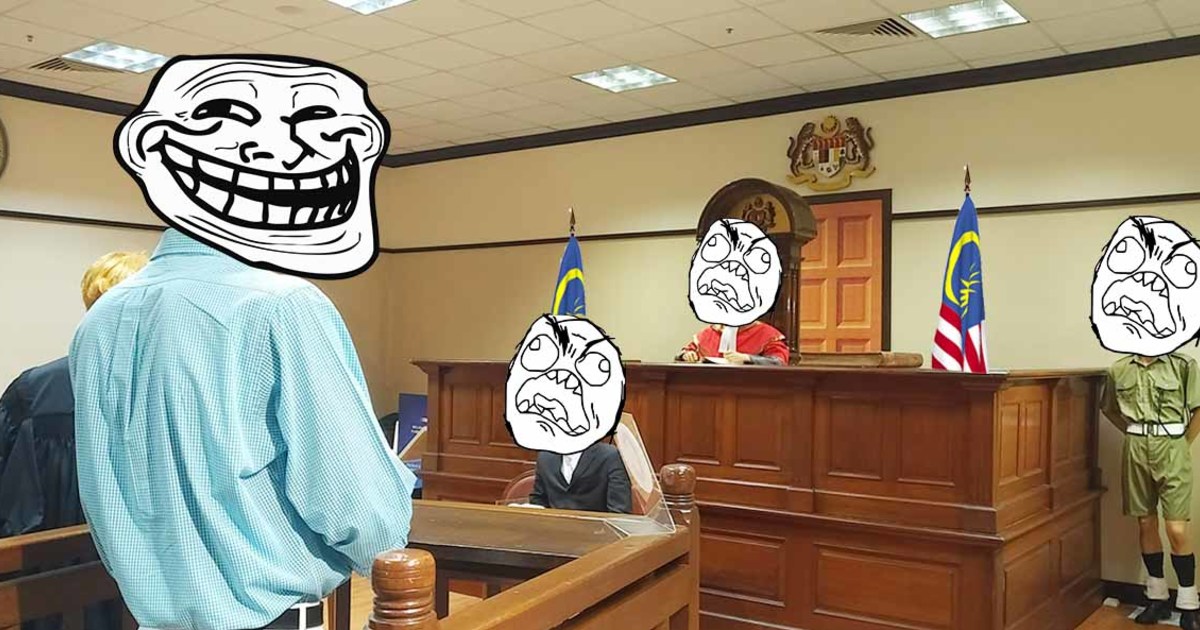 Imagine you’re at home one day and you get a call saying that your husband (or wife) has been arrested and will be charged in court. Worse, when the trial date comes along, you get asked to testify against your husband in the witness stand.

You’re conflicted. What if your answers get your husband in trouble? Can you choose to not testify?

To answer the question above, we have to look at the Evidence Act 1950 to determine which instances you have the right to remain silent in court. However, the general rule is that...

Anyone who qualifies as a witness must answer all questions presented to them.

So first of all almost everyone qualifies to be a witness, with some exceptions as mentioned in Section 118 of the Evidence Act 1950:

“All persons shall be competent to testify unless the court considers that they are prevented from understanding the questions put to them or from giving rational answers to those questions by tender years, extreme old age, disease, whether of body or mind, or any other cause of the same kind”

Simply put, you’ll qualify as a witness if you understand the questions the lawyers or judges are going to ask you, and you are able to answer them properly.

However, you would not qualify if you cannot give a rational answer to the questions presented to you. For example, someone with some form of mental illness or disability which prevents him from communicating with the court rationally may not qualify as a witness.

The general rule in law is, if you are competent to be a witness, then you may be forced to testify in court. If you refuse to go or answer questions, you could be found in contempt of court and be jailed or fined. This is when the court finds that your refusal is actually interfering with the administration of justice or, in simple terms, when you’re making life hard for everyone.

[READ MORE: Is it scary being a witness in Malaysian court?]

There are however, a few instances where a witness can choose to remain silent and not get in trouble for it.

1. You cannot be forced to testify if YOU are the one on trial

Simply put, if you’re the one accused of a crime and put on trial, the prosecution or defence cannot call you up to the witness stand unless you yourself agree to become a witness.

“In criminal proceedings the accused shall be a competent witness in his own behalf, and may give evidence in the same manner and with the like effect and consequences as any other witness:”

Alternatively, if you have something to get off your chest but don’t want it to be used against you, there’s the option of giving a dock statement. Because this dock statement is not given under oath and not subject to questioning, it isn’t considered evidence. Therefore, this would carry little to no weight in the trial.

2. Spouses cannot be forced to testify on their marital communications

Let’s say there is a murder trial. The prosecution would like to call the wife of the accused, because on the night of the murder the accused stormed out of the house with a knife and told the wife “I am going to settle this once and for all”.

Now this would obviously be some very beneficial evidence for the prosecution. Unfortunately for the prosecution, the wife would not be allowed to tell the court what her husband said. According to Section 122, the spouse cannot reveal communications she had with her spouse during their marriage, unless her spouse gives consent.

“No person who is or has been married shall be compelled to disclose any communication made to him during marriage by any person to whom he is or has been married; nor shall he be permitted to disclose any such communication unless the person who made it or his representative in interest consents, except in suits between married persons or proceedings in which one married person is prosecuted for any crime committed against the other.”

The exceptions to this rule would be when the case is between two spouses (ie the husband is suing the wife), or when one spouse is accused of an offence against the other spouse (ie the husband was charged with assaulting his wife).

3. You cannot be forced to testify if your answer would reveal state affairs

This provision would apply when the court asks a witness to produce unpublished records concerning state affairs. If such evidence were to be presented in court, approval would be needed by the relevant minister. So let’s say you are asked to produce a document in court, and that document is a PDRM document concerning a state matter. For that document to be produced in court, you would need the approval of Minister of Home Affairs.

If you’re wondering what amounts to “state affairs”, the method of determination is laid out in the case of BA Rao v Sapuran Kaur. This case concerned the negligence of medical officers in a state health facility, and there was a request to produce a document concerning the findings of a Committee of Enquiry. There was an objection stating that the documents concern state affairs. The court decided, that it is for the court to decide whether the document concerned state affairs by examining all available evidence.

4. Lawyers cannot be forced to testify about what their clients told them

You probably know this as lawyer-client privilege or attorney-client confidentiality. This provision exists so that clients can inform their lawyers all details to enable their lawyer to work properly.

However, the client need not worry about his secrets being exposed in public thanks to Section 126 of the Evidence Act. But, for this provision to apply there must a lawyer-client relationship. So, if you have a friend who is a lawyer, and you casually tell him something, section 126 would not apply and the friend-lawyer can actually reveal what was said if he gets called to testify.

One exception to this rule would be when you inform your lawyer that you are going to commit a crime. He can reveal what you have said to the court, and he can also inform what was said by you to the PDRM to prevent a crime.Thus, if you already robbed a bank and you told your lawyer, he must keep that secret. If you told your lawyer you are going to rob a bank, you would be in trouble. The other exception would be when you give express consent to your lawyer that he may reveal what you told him.

Although you can’t always remain silent, your rights as a witness are actually protected

In the United States, you can be forced to attend as a witness court. However, if a witness refuses to answer questions he or she can plead the 5th. This basically protects the right of a witness against self-incrimination.

As we can see, the United States legal system prioritizes individual rights first. Malaysia actually follows the British system which prioritizes the end goal of justice first, but that does not mean your rights are totally unavailable.