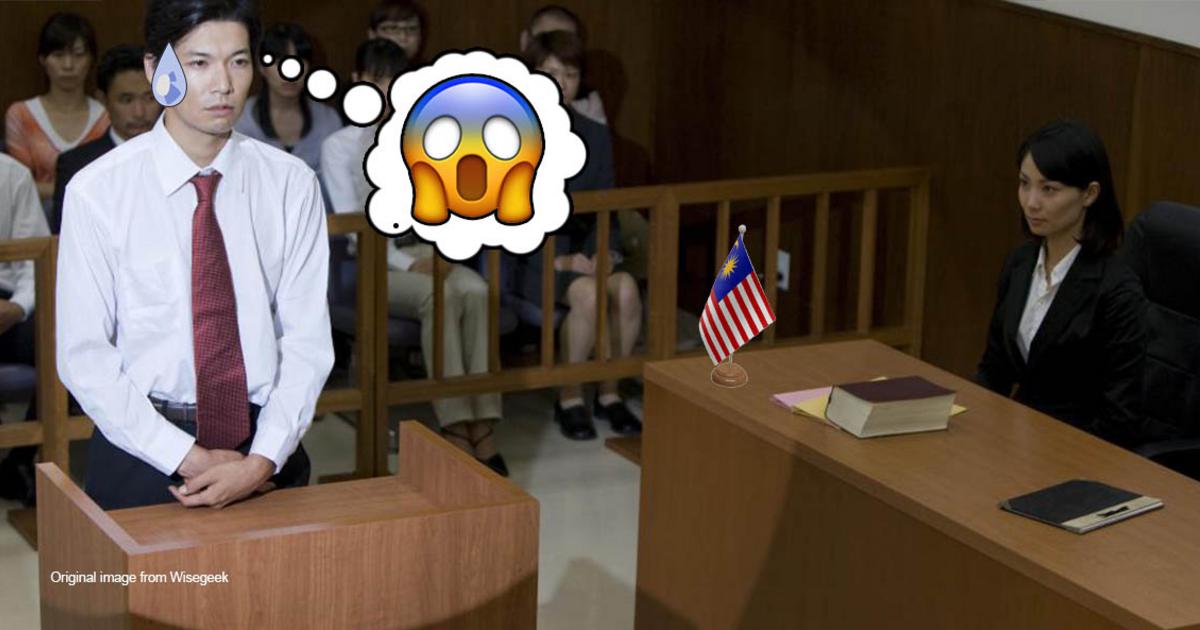 Is it scary being a witness in a Malaysian Court?

over 4 years ago sueann

Unless you’ve actually been to a court hearing before, chances are that your impression of being a court witness would be formed by what you’ve seen on TV – standing on the witness stand and have one lawyer asking you harsh questions while another lawyer shouts “Objection!” and you start crying. But what about in real life? Can a lawyer intimidate a witness unnecessarily?

In a nutshell, much like the famous “Objection!” meme, actual court hearings in Malaysia (and elsewhere) are much less dramatic, with certain rules set in place so witnesses don’t get abused or traumatized.

While most of us can go through our entire lives without ever being in that position, it would be useful to know how the process actually works. So let’s start off with why a lawyer would want to make the witness look bad in the first place.

It’s so the judge doesn’t believe the witness

In court, evidence may be produced in the following format: documentary evidence, oral evidence, and real evidence.

When it comes to evidence, the judge has to consider these 3 things:

Relevancy and admissibility of evidence from a witness are governed by statutes like Evidence Act 1950 but a judge has discretion as to how much weight is to be given to such evidence.

This is why a lawyer will try to discredit the opponent’s witnesses by making them look untrustworthy, dishonest or of bad character; so that a judge will give less weight to such evidence. This is to dissuade a judge from relying on certain evidence and, if a judge cannot rely on certain evidence, then the opposing lawyer may have difficulty proving his case.

But rather than put yourself through all that trouble, why not just say no?

If the court summons you to be a witness, you CANNOT say no 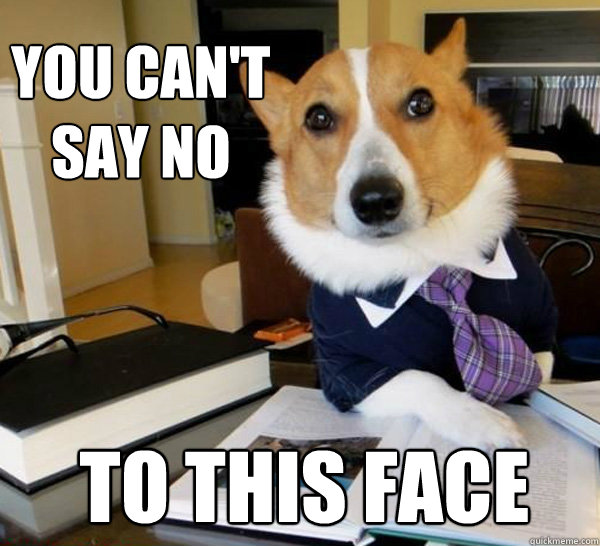 Regardless if it was a criminal case or a civil case (commonly called lawsuits), all parties are entitled to be called as a witness. If a witness refuses to attend even when summoned by the judge, the witness could be charged with contempt of court and could be imprisoned.

Once the court session begins, a witness may go through 3 stages of questioning:

1st stage: Examination in Chief (questions from the “friendly” lawyer in TV shows)

3rd stage: Re-examination (the part where the TV show cuts into advertisements)

It is mandatory for a witness to undergo Examination in Chief but not the other two stages. This is because it is up to the lawyers how they want to question a witness. So if it involves straightforward evidence like a police report, a witness is usually called to court for the purpose of tendering (submitting) a written statement as evidence. Hence, a lengthy examination by both counsels would then not be needed.

But what stops a lawyer from harassing the witness? 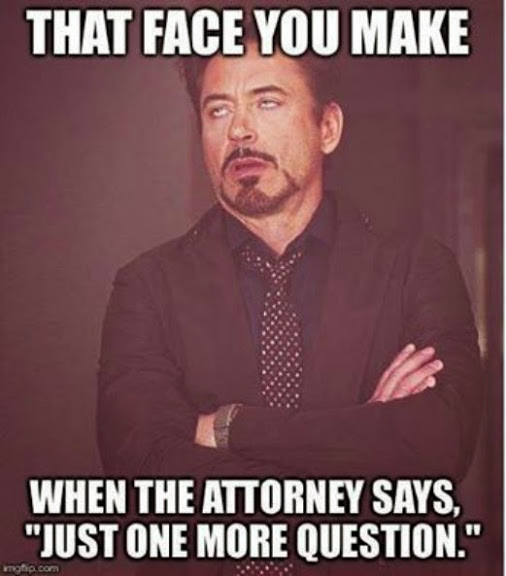 You may be wondering what’s stopping a lawyer from making the witness look bad? Can’t he just say something offensive, apologize, and move on?

First, the etiquette and conduct of Malaysian lawyers is regulated by the Malaysian Bar Council. If a lawyer harasses a witness with annoying, insulting or irrelevant questions, it would contravene Rule 13 and 14 of Legal Profession (Practice and Etiquette) Rules 1978. For instance:

“An advocate and solicitor shall guard against being made the channel for questions which are only intended to insult or annoy, and to exercise his own judgment as to the substance and form of the questions put.”

Such a breach would amount to a misconduct under Section 94(3) Legal Profession Act 1976. If a complaint has been made and the investigation shows misconduct occured, the Bar Council may impose a sanction on the lawyer such as a fine or suspension. Such a report can be made by anyone including the witness themselves.

Second, Parliament has also enacted similar laws as seen in Section 151 and 152 of the Evidence Act 1950. For instance:

“The court may forbid any questions or inquiries which it regards as indecent or scandalous, although they may have some bearing on the questions before the court, unless they relate to facts in issue or to matters necessary to be known in order to determine whether or not the facts in issue existed.”

If the line of questioning runs foul of Evidence Act 1950, the lawyer may be found to be in contempt of court. This could mean imprisonment for the lawyer.

Third, if your lawyer is doing a lousy job of protecting you from the opposing lawyer in court, the judge can still intervene as seen in Section 148 Evidence Act 1950:

“(1) If any question relates to a matter not relevant to the suit or proceeding, except so far as it affects the credit of the witness by injuring his character, the court shall decide whether or not the witness shall be compelled to answer it, and may, if it does not think fit to compel him to answer the question, warn the witness that he is not obliged to answer it.”

A judge is kinda like the football referee. It is the judge's discretion as to whether a foul was committed, and can decide whether or not a witness needs to answer the offending question.

An example of how the acts above will apply is, Tom was accused of assaulting Claire at Souk Club. Claire sustained some injuries and is suing Tom for compensation.

An example of an irrelevant question would be Claire’s lawyer asking Tom if he has ever bet RM10k on poker. Tom’s gambling habit has nothing to do with the assault, hence it is irrelevant. It would run afoul of Rule 14 (a) and (b) of Legal Profession (Practice and Etiquette) Rules 1978 as the lawyer is painting Tom in bad light by inputting that he likes to gamble, but it is irrelevant to the assault charge.

An example of an insulting or annoying question would be Claire’s lawyer asking Tom if it is true that he has a habit of peeping at girls and hence his nickname is ‘Peeping Tom’. This will contravene Rule 13 of Legal Profession (Practice and Etiquette) Rules 1978 and also Section 152 Evidence Act 1950.

There are also has other protection for witnesses like Section 146A Evidence Act 1950 which restricts questions concerning the sexual activity of the victim when it involves trials for rape. Of course, in all cases there are exceptions, but this too is covered by Evidence Act 1950.

Then why are some people still so scared to be a witness?

Whether as a lawyer or a witness, regardless of what one’s role is, some degree of fear will exist when one has to appear before a court. Perhaps it is just due to the solemn atmosphere in court, but always keep in mind that what you have to say makes a difference to the case.

So, even if it is scary, everyone has a role to play. So, just as how a lawyer has the duty to fight for his client’s case, a witness has the duty to attend court and answer the questions truthfully. The duty of the witness ends only when the lawyers no longer have any question for the witness.