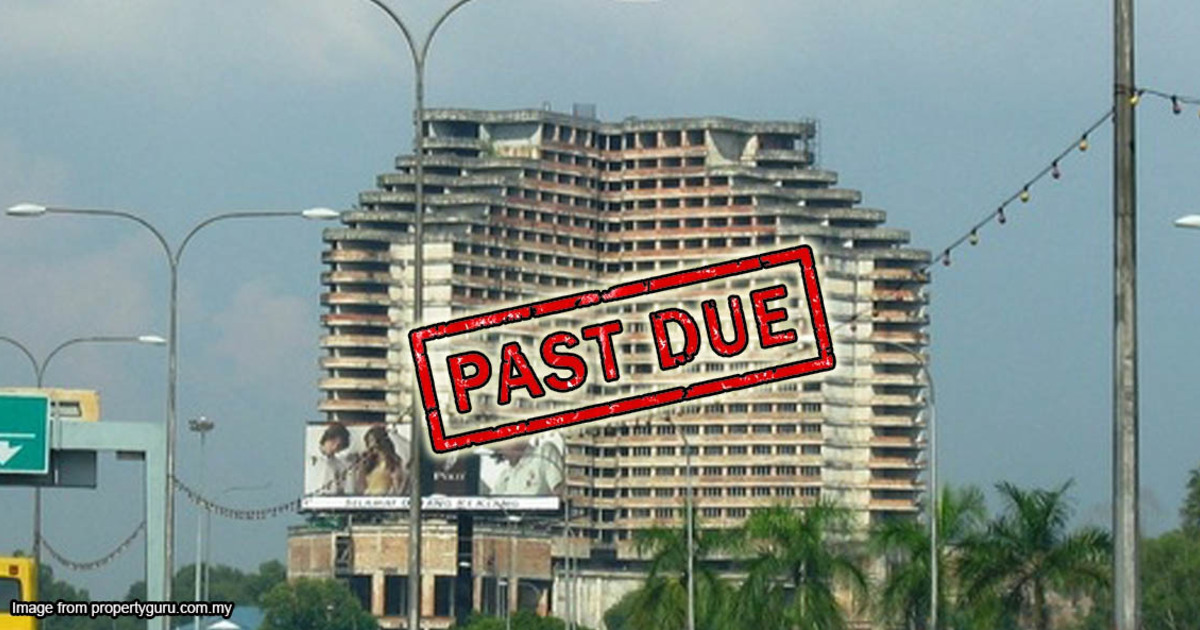 What can you do if a Malaysian developer doesn't finish building your house on time?

In life, it’s always nice to own new things, whether it may be a new phone or a new car or even...a new house. However, while you usually have to wait a few hours or days for a new phone or car, a brand new house from the developers can take years since they’re building it from scratch.

But since you really want to be a homeowner with a new house, you decided to take that leap of faith. The developer assures you will get your new house within 2 years which would be perfect for you and your new spouse.

You sign the contract andddd you wait. Months pass, the developer sends you a letter saying that due to certain reasons, they can’t meet deadline. You are annoyed but you and your new spouse camp it out in your parents’ house and wait some more and wait and wait and wait...

You’re beyond annoyed now and now you’re starting to wonder, when are the developers suppose to cough up the keys anyway?

The law has a set timeline for developers

We know that we always tell you that there is no such thing as a “standard contract” but when it comes to buying houses from developers, the government saw fit to step in and create a “standard contract” in order to protect homebuyers from unscrupulous developers. We’ve covered this in another article and you read more about it here.

As a quick explanation, generally speaking, there are two types of “standard contract”:

For individual titles, the time for delivery of vacant possession can be found in Schedule G:

“Vacant possession of the said Building shall be delivered to the Purchaser in the manner stipulated in clause 24 herein within twenty-four (24) calendar months from the date of this Agreement.” [emphasis added]

This means that the developer must hand the keys to your house by or before the expiry of 24 months if you purchased a house with an individual title. For houses with strata properties that fall under Schedule H, the clause reads the same with the exception of the delivery of vacant possession being 36 months.

Now that you know that there is a set time, the next question is, can they actually extend this timeline like in the scenario we gave you above?

Only the government can extend the timeline

The Housing Development (Control and Licencing) Regulations 1989 (“HDR”) allows for the Minister of Urban, Wellbeing, Housing, and Local government to issue an extension of time if there are special circumstances or if the developer faces hardship in complying with the deadline.

It appears that the law leaves the decision of whether or not to allow an extension of time in the hands of the government but in a recent case of Menteri Kesejahteraan Bandar, Perumahan dan Kerajaan Tempatan and another v Ang Ming Lee and 34 others, the courts ruled that before the government decides to extend the time for delivering vacant possession, the purchasers’ point of view must be heard first.

If their point of view is not heard, then any extension of time is considered invalid. The courts said the following:

“Authorities are in abundance to support the view that the courts will imply into the statutory provision a rule that the principle of natural justice should be applied...As the rights of the purchasers to claim damages in the event of delay would be adversely affected or even extinguished by the exercise of such discretionary power, it is our judgment that the purchasers must be given an opportunity to be heard prior to any decision made...” – Court of Appeal in Menteri Kesejahteraan Bandar, Perumahan dan Kerajaan Tempatan [emphasis added]

TLDR; the time cannot be extended unless there are special circumstances and your views have been heard.

Some of you may have noticed that the decision the judges made was also affected by the fact that your right to damages would be affected. This means that...

You can get money if the developer is late

If your parcel is delivered late, you can only rant about it on Facebook but if the keys to your house are delivered late then you get...money (known legally as damages). This is similarly provided for in the clauses in Schedule G and H.

We won’t replicate the clauses here but the essence of the clause are the following points:

To sum it up, if the developer hands over the keys to your house late, you would be able to receive compensation for the delay and the formula for determining the damages is already provided for in the standard contract.

The provision of a standard contract helps make things clear for both you and your developer; you know when you’re going to get your property and they know how much they have to pay if they are late. In addition, the courts have shown in the case mentioned above that they are willing to help push forward the government’s aim of protecting homebuyers.