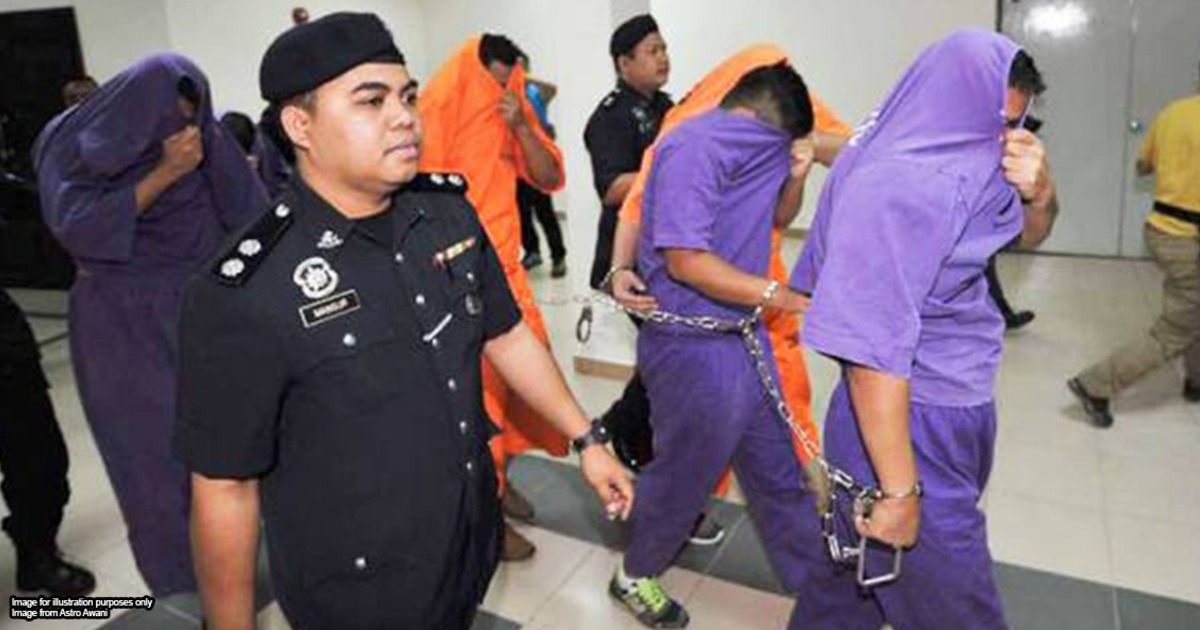 If you're unlawfully detained in Msia, you can file a habeas corpus. But how does it work?

If you’ve been following the news closely, you would have read the story of a man named Simon Momoh. Simon, a Nigerian man living in Malaysia, was charged for drunk driving. He was then sentenced to a fine of RM12,000 and had to be in jail for one day. After paying the fine and serving the jail sentence,  instead of being freed, he was taken to an immigration detention center.

His family here was told that he would be deported, but his wife quickly filed a writ of habeas corpus. The court allowed the application and Simon was released because of this. But many people might not even understand what a habeas corpus is and how it works.

What’s a habeas corpus in the first place?

‘Habeas corpus’ literally means ‘show the body’, or ‘bring the body’. The main principle behind it is that if a person has been detained for too long and hasn’t be able to meet with their family or next of kin, a judge can order for them to be produced in court to see if the detention is legal in the first place. Habeas corpus is actually a right given to you under the Federal Constitution. Article 5 (2) of the Constitution says:

(2) Where complaint is made to a High Court or any judge thereof that a person is being unlawfully detained the court shall inquire into the complaint and, unless satisfied that the detention is lawful, shall order him to be produced before the court and release him.

The lines above basically mean that if a person is thought to be ‘unlawfully detained’, the court will ask for the person to be shown and order for the person to be released. As for what constitutes an ‘unlawful detention’, there’s no fixed meaning, but generally, it’s a detention that is done without proper reason and without following procedure.

How does one file a habeas corpus?

The process of filing a writ of habeas corpus can be found in Sections 365-374 of the Criminal Procedure Code (CPC). The sections are lengthy and pretty detailed, so we’ll break them down for you.

Generally speaking, it’s the person who’s been detained who should file a writ of habeas corpus. But understandably, this isn’t possible if they haven’t been able to make contact with anyone. If this is the case, the detainee’s family can file it for them (just like how Simon Momoh’s wife filed one on his behalf). Or, you can get a lawyer to do it for you.

The CPC says that a writ of habeas corpus must be submitted with an affidavit, which is a written statement that is treated as an oath, claiming that whatever is written is true. The affidavit needs to be signed by the detainee himself, but like we said earlier, if it’s not possible for him to do so, someone else can do it on his behalf.

The court will then look at all the facts and evidence of the case, such as the arrest warrant, how the person was arrested, how long he’s been detained for, and so on. If any of these were done illegally or without following proper procedure, the court can quash the detention and allow the person to be freed. In Simon Momoh’s case, the court found that his detention was illegal because he was detained for 39 days, and there was no remand application to keep him for more than 14 days.

The court can reject an application for it

While a writ of habeas corpus is a constitutional right, there are some instances where it can be denied. For example:

The list above isn’t exhaustive, meaning there can be other reasons as to why the High Court can deny a writ of habeas corpus. It really would depend on the circumstances of the case. The court would also need to be satisfied that the person is being detained without proper reason.

The court’s decision can be appealed

So if you find yourself in this sticky situation someday, or you need to help someone else who is, make sure to include as much proof and details as possible in the application for a habeas corpus.

But if the court still rejects it, all hope is not lost. Under Section 374 of the CPC, anyone who isn’t happy with the court’s decision—be it the detainee or the people detaining them—can appeal that decision within 30 days:

In Vishnu a/l Telagan v Timbalan Menteri Dalam Negeri, Malaysia & Ors, the High Court denied the applicant’s habeas corpus petition. He then appealed this decision to the Federal Court. The Federal Court found that the detention was unlawful because his recorded statement was defective. His signature on the statement was different from that on the habeas corpus petition and some other documents. This seemed as if it was not him who had signed the statement, when the law requires only the maker of the statement to sign it. Setting aside the High Court’s decision, the Federal Court ordered the applicant to be released.

Besides a writ of habeas corpus, here are some other rights you have if you ever get arrested in Malaysia:

[READ MORE: If PDRM arrests you, do you have the right to remain silent?]