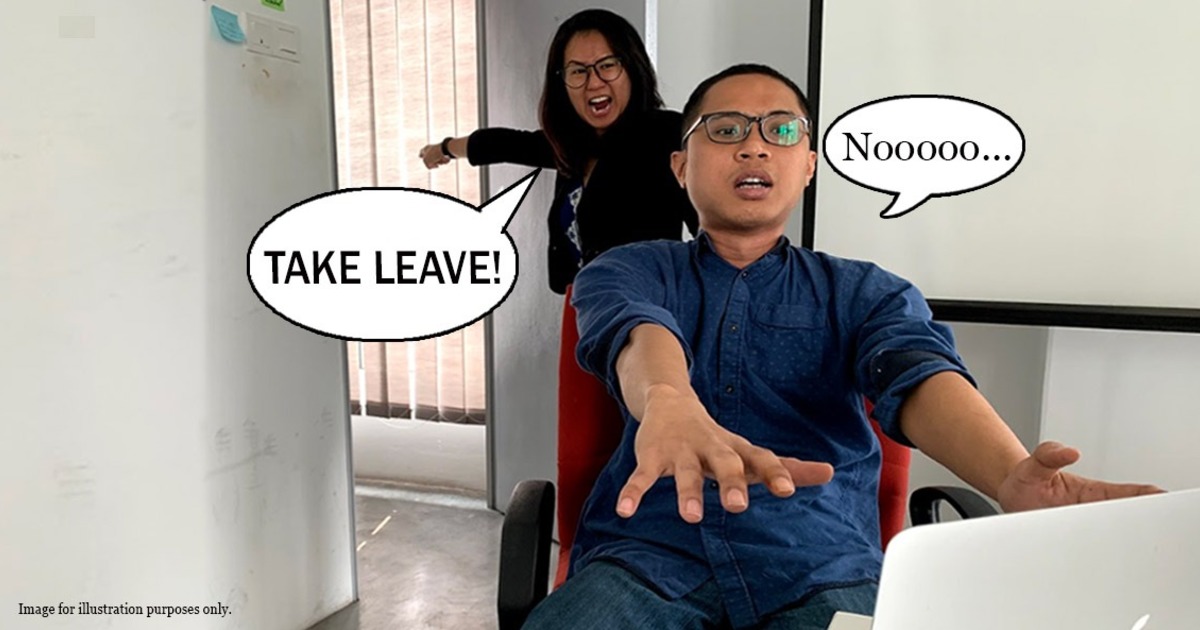 Can Malaysian companies force you to take annual leave?

So it’s CNY end of this week. Because of the MCO, you can’t balik kampung this year. So you decide not to take any additional leave and save them for another time.

Later during the day, you receive an email from your boss asking you and your colleagues to take 2 EXTRA days off (on Monday and Tuesday). But he tells you to use your annual leave – which you’ve been wanting to save for personal reasons. And at the end of the email, there’s a fine print saying, “Annual leave is compulsory”.

Feeling confused, you can’t help but wonder now…if it is legal for your boss to force you to take annual leave?

But here’s something you should know first...

When you sign your contract, you would have noticed the different kind of leaves stated in your contract (includes annual leaves, sick leave, public holidays etc.) So, annual leaves are paid leaves which are stated under Section 60E(1) of the Employment Act 1955:

Based on the Act, the amount of days you get depends on how long you’ve been working for the company. These annual leaves are your rights as an employee and can be taken for any reason. You would be pleased to know that you do not actually have to inform your boss on why you want to take annual leave. Perhaps this is best explained by a Malaysian judge:

Annual leave is usually taken for personal reasons. It is intended for leisure, enjoyment and travel. It should not be enforced on the employee merely to suit the Company’s convenience. – Harun Hashim J. in Dunlop Malaysian Industries Bhd vs Dunlop Industries Employees Union (1982)

Now that you know this...what happens if your employer forces you to “take a break”?

It might feel like a dream come true if your boss asks you to take a day off or two from work. However, forcing an employee to take a day off may not be legal in Malaysia. We managed to clarify this with the Malaysian Human Resource Ministry, and here’s what they had to say:

“...An employer cannot force his employee to take annual leave on the...employer’s own accord.” – email translated by AskLegal.my

So, you’re entitled to your annual leaves. This is completely different from unpaid leaves where you don’t get paid for it. Perhaps this case would help illustrate the statement above better:

The court decided that Continental had the right to shut down the plant, but did not have the right to force their workers to take annual leave during those days. Therefore, the company was ordered to either:

Now, if you’re to planning to sue your company (if they have ever forced you to take annual leave), perhaps you should also know a little bit about your boss’ powers...

Your boss can reject your leave application

As much as annual leaves are our rights as employees, we still have to be reasonable while applying for one. So this is what happened in Azinah binti Aziz v Overseas Assurance Corporation (Malaysia) Berhad, where the court decided that an employee cannot take his/her annual leave whenever he/she feels like it.

Azinah brought up a case against her company for dismissing her because she took leave without the company’s approval. The court then stated, that although she has been working in the company for 20 years, but the company has the right to dismiss her if she takes leave without approval from her boss. Taking a day off without consent from your boss is classified as a case of serious misconduct.

So this means, employers have the discretion to reject leave applications – but only if:

Insufficient notice was given to take annual leave.
The annual leave application did not comply with the company policy.
Other employees are going on leave during that period.
There is urgent work that needs to be completed and the employee needs to be at work.

So before applying for leave, the best thing to do is to just check with your boss or the HR in your company first.

As for your rights, if you feel you’ve been forced to take annual leave or you’re unsure about a certain employment-related matter, you can make a complaint to the Ministry of Human Resource on their site or call them on their 24-hour hotline: +603-8000 8000. But before doing so, it’s probably best to talk to your employer first, and find a solution both of you can agree on.

[READ MORE: If your boss refuses to pay you in Malaysia, what can you do?]