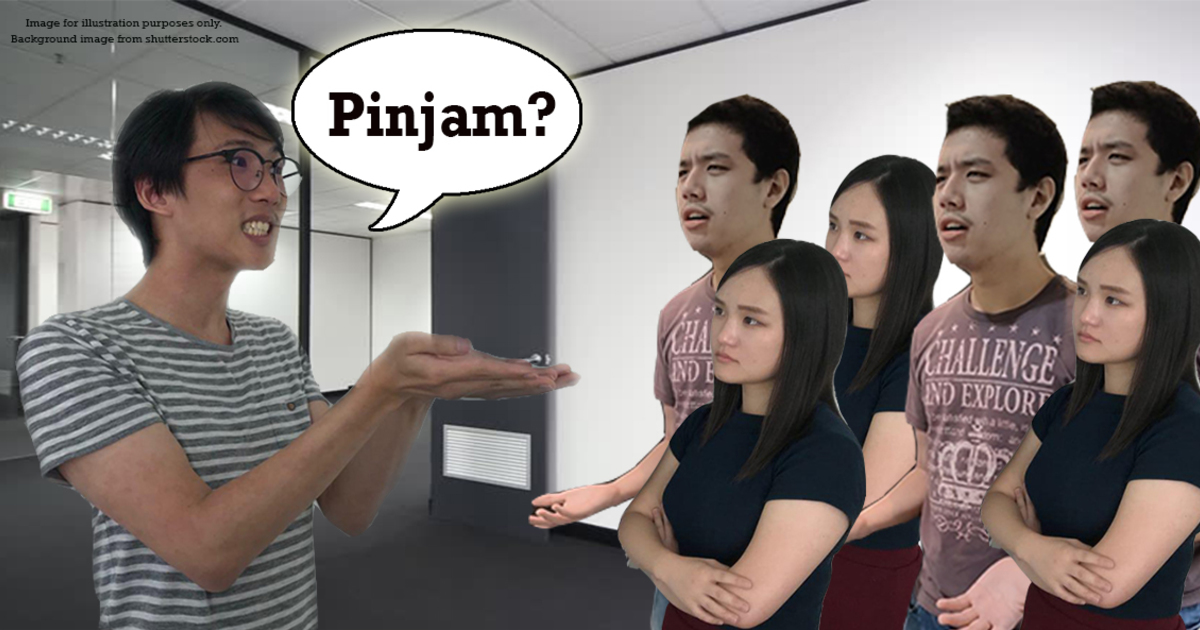 Fun Fact: Malaysian law limits how many people you can borrow money from at one time

If you’re lucky enough to have never encountered a “friend” like this, imagine being in this situation:

Your friend needs to borrow a large amount of money – say RM10,000 – without going to the bank or loan sharks. He’s already tried approaching a few friends, but quickly found that there aren’t many people willing or able to part with such a large sum of money, 10 years of friendship or not.

So, he comes up with a brilliant solution…by borrowing RM500 from 20 friends…and you’re one of them!

But did you know that doing so is actually illegal?

Normally, friendly loans are not regulated by any law, except if there’s a contract that you and your friends might have agreed upon.

But there’s a broadly phrased law in the Financial Services Act 2013 (FSA) which covers accepting “deposits”, which you’ll need a license to take, like what banks and insurance companies need. The FSA normally only regulates financial institutions and payment systems, but like we’ll see below, it can also cover for situations where someone tries to game the system and gets up to no good.

We normally understand “deposit” to mean a certain amount of money we put with the bank that we can take back later. The legal definition includes those kind of situations – but the full version of the definition actually covers a lot more:

Section 136 of the Financial Services Act (in part, emphasis by Asklegal):
“......“deposit” means a sum of money or any precious metal or precious stone, or any article or thing as may be prescribed by the Minister, on the recommendation of the Bank, accepted, paid or delivered on terms under which it will be repaid or returned in full, regardless whether the repayment or return is by way of instalments, with or without interest or any other consideration in money or money’s worth, either on demand or at a time or in circumstances agreed by or on behalf of the person making the payment or delivery and the person accepting it…...”

In short, this means if a person accepts money, precious metals, or precious stones, that will be later returned to the owner – that’s considered deposit-taking. It doesn’t matter if the repayment includes interest, or whether it’s paid in full or by installments.

Immediately you might see that there are a lot of problems with this broad definition - like, how about security deposits that many companies use, in real estate for instance? This is where the long list of exception to this law come in…

Some transactions are exempted from the definition of “deposit”

Sometimes, laws are worded very broadly to be designed as a “catch-all” provision, sometimes because it’s a particularly sensitive area that the government can’t afford to have loopholes around (like financial regulation in our current case).

There are 3 general exceptions:

Prepare to get a long list of different types of exceptions from Schedule 2. Ready? Let’s go. Money paid is not considered a “deposit” when it’s paid to:

There are a few more exceptions to “deposits” that apply when certain institutions pay money out, such as moneylenders, but we won’t go into them in detail here. You can find the complete list of exceptions for reference in Schedule 2 of the FSA.

The 10 person limit is probably an arbitrary number imposed by the law as they need to watch out for illegal schemes, such as pyramid schemes like JJPTR that happened a while ago, as well as an incident where two men took over RM5,000 for investment illegally. You might also be familiar with a practice called “wang kootu” or a kuutu fund. These funds can also fall under illegal deposit-taking when the number of participants are over 10.

[READ MORE - If you lost money in a pyramid scheme in Malaysia, can you get your money back?]

[READ MORE - What are "kutu funds" and why are they illegal in Malaysia?]

So, while it is possible to get someone who owes you money in trouble under this law...

There is a much easier way to get your money back

You might ask who would enforce such a law since friendly loans are not under the control of any authority. How do you even find out how many people someone has borrowed money from?

It’s probably relevant only when the 10 people are close-knit enough to exchange notes and figure out that the borrower is up to something, and choose to report the borrower for illegal deposit-taking.

Though, if you’re really just trying to get your money back from someone, the far easier solution to make them pay up is probably filing a small claims procedure with a Magistrate Court. Find out how you can do so with as little as filling up a form and an application fee of RM10 at our article linked below.

[READ MORE - If someone borrows money and doesn't pay you back, you can file a small claims procedure]