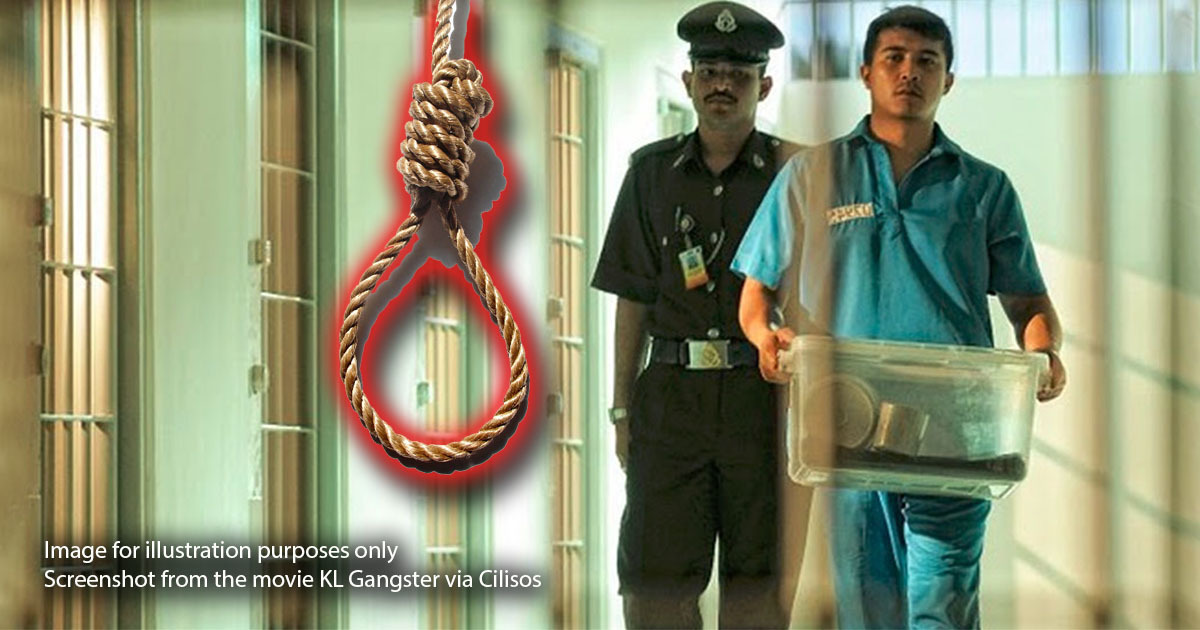 5 beliefs Malaysians have about the death penalty...that are wrong

If you’ve ever flown into Malaysia, you would’ve heard an announcement saying Malaysia punishes drug trafficking with the death penalty. For tourists, that’s essentially their first encounter with the fact that Malaysia has a death penalty, and that drug offences are taken very seriously. But for Malaysians, it’s a familiar reminder of what we’ve been taught for years through the news and anti-drug posters.

These aren’t empty threats either. As of February 2017, 1,100 people have been sentenced to death in Malaysia. In 2016, Amnesty International ranked Malaysia 10th in the world for the usage of the death penalty.

This all might come to a change as Law Minister Liew Vui Keong announced that the government will look into abolishing the death penalty. This could be a shake-up to our justice system, as the announcement showed that Malaysians are quite polarized on the issue – with some celebrating the announcement, while others are disagreeing with the idea.

While your personal beliefs or morals may dictate where you stand on the issue, it’s also important to have an informed opinion based on how the death penalty actually works. So, we’ll be going into some common misconceptions or “myths” that many Malaysians believe are true about the death penalty, starting with…

Myth 1: The moment you get sentenced, there’s no way out – FALSE

If you’ve seen courtroom movies, you know that an accused has to go through a court trial. When the trial ends, and if a guilty verdict is passed the accused will receive a sentence/punishment.

It should be noted that, the case doesn’t always end there are two ways to avoid serving that sentence:

...the Court of Appeal shall have the following jurisdiction, that is to say—
(a) jurisdiction to determine appeals from decisions of a High Court

If the courts system doesn’t work out, there’s also another glimmer of hope in getting a Royal Pardon. This is where the Agong or or one of the state Sultans exercise their ability to “forgive” you – meaning that you can have your sentence reduced to life imprisonment or be let off entirely. However, unlike an appeal, there is no inherent right or process for your case to be considered when it comes to Royal Pardons.

[READ MORE: How do Royal Pardons work in Malaysia]

Myth 2: You get hanged very soon after sentencing – FALSE

After the judge sentences you to death, you wouldn’t be immediately whisked off to the gallows. As we mentioned, you still have a right to appeal against it. Due to the high number of cases that judges have to juggle with, this would mean that convicts may have to wait an extremely long time in death row. In fact, a death row inmate interviewed by Malaysiakini stated that he has been waiting 7 years for his sentence to be carried out!

However, this may not necessarily be a comforting thought, because you’d be literally spending every day with a noose over your head. A former prison executioner revealed that inmates are only informed about their execution date 24 hours beforehand.

Myth 3: If you get caught with drugs, you will get the death penalty – FALSE 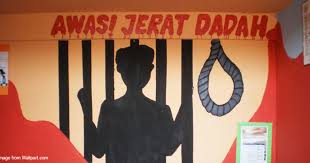 Based on the messages in anti-drug posters, you may think that anyone caught with drugs would end up meeting the noose. Well, we have noose news for you – that’s not necessarily the case. Only the offence of drug TRAFFICKING carries the punishment of death under Section 39B of the Dangerous Drugs Act 1952.

There are a wide variety of drug offences that don’t result in the punishment of death – the main ones being drug possession and drug use. The difference between the three is actually a pretty complicated topic which we’ve covered in a separate article, but the law basically makes an assumption of what you intend to do with the drugs based on how much (weight) of the drugs you were caught with. For example, if you were caught with 10kg of marijuana, it’s more likely that you were going to sell it (trafficking) rather than keep for personal use.

The punishment for drug possession can range from a fine to life imprisonment, while drug use or self-administration can net you a fine up to RM 5000 and/or up to 2 years in prison. Either way, it’s probably preferable to a death sentence.

Myth 4: The death penalty only covers drugs and murder – FALSE

Another popular misconception Malaysians have is, the death penalty is the sentence for drug trafficking and murder ONLY.

But that’s actually not the case, as there are around 15 other offences which carries the sentence. It’s a relatively long list, but it can be categorized into national security offences, firearm offences, kidnapping offences, etc. Here’s a more detailed list:

When the court sentences a criminal, the objective isn’t only to ensure that a criminal gets punished.

The court would also want the sentence to be heavy enough, that it discourages others from committing the same crimes or, more simply put, that knowing you could be killed for murdering someone would make you think twice about doing it.

Well, in recent years,both the BN- and Pakatan-led governments have been leaning towards the conclusion that this isn’t working.

In 2012, Home Minister Hishamuddin Hussein stated that the death penalty failed to act as a deterrent. For reference, police statistics revealed that, from 1990 to 2011, the number of persons arrested for drug trafficking increased from 744 to 3,845. Just recently, Law Minister Liew Vui Keong also expressed doubt on the effectiveness of the death penalty as a deterrent:

“But I feel we cannot be convinced that hanging them as the form of capital punishment will serve as an effective prevention in certain cases.” –  Liew Vui Keong, as quoted by The Malay Mail

Of course, getting rid of the death penalty doesn’t mean that prisoners on death row will be set free. Rather, their sentences will be changed to life imprisonment or imprisonment for life. While these two terms look like they mean the same thing, they’re actually quite different – which you can read more about here:

[READ MORE: What happens if Malaysia abolishes the death sentence?]

However it should also be noted that the government will only looking into this when Parliament reconvenes, so for the time being, the death penalty is still in effect.