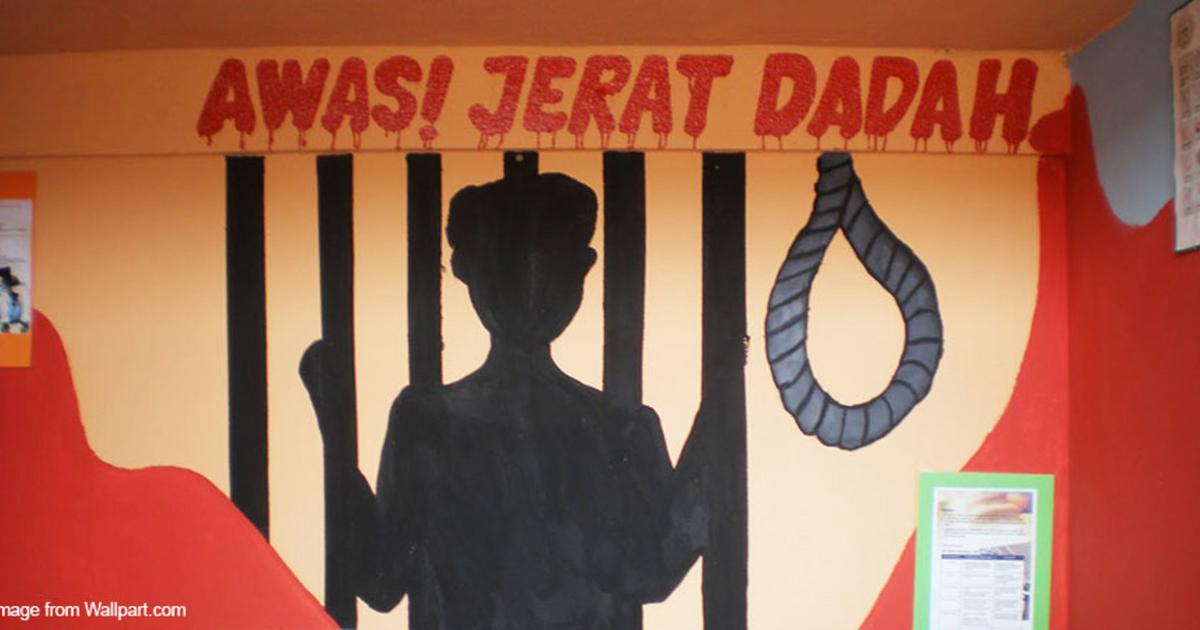 It's not just the death penalty. 5 MORE things you need to know about Malaysia's drug laws

This article was written by Joshua Tay, a criminal lawyer with AmerBON Advocates.

In Malaysia, dangerous drugs have always been treated as a bane to society. The courts are usually swamped with drug cases where people stand trial for committing various drug related offences - some of them claiming their involvement was accidental or that they've been duped. In view of this, it is important to possess a basic understanding of the drug laws in Malaysia, even if you don't do drugs.

We all know that the penalty for drug trafficking is death thanks to plane flight announcements, but what you might not know is... 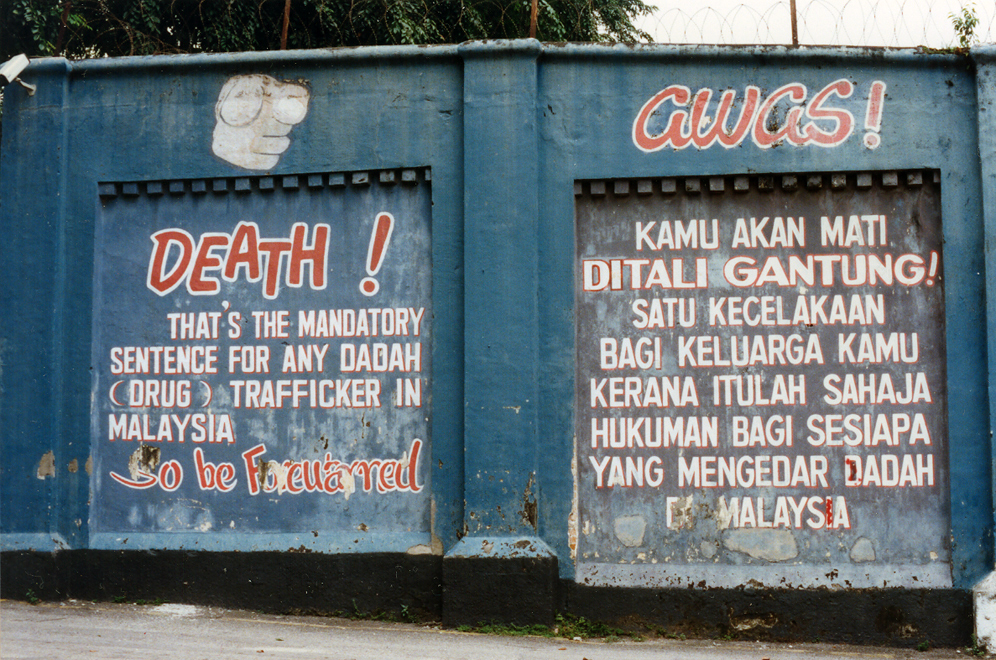 A section of the old Pudu Prison wall. Image from The Prohibition Post via Hype.my.

The use of the phrase “mandatory death penalty” is because if an accused person is convicted of drug trafficking, the court has no other choice but to sentence the accused person to death regardless of the degree of culpability or the amount of the drugs he/she carried; as per Section 39(B) of the Dangerous Drugs Act 1952 (Quoted here in part) :

(1)No person shall, on his own behalf or on behalf of any other person, whether or not such other person is in Malaysia –

(a)traffic in a dangerous drug…

(2)Any person who contravenes any of the provisions of subsection (1) shall be guilty of an offence against this Act and shall be punished on conviction with death.

However, it might be surprising to learn that the death sentence wasn't always mandatory ... the change in the law only happened in 1983.

Before that, the death penalty for drug trafficking was discretionary, meaning that the court had the option of sentencing you to a prison term instead of death in certain circumstances. The Dangerous Drugs Act (DDA) was amended in 1983 as a by-product of the government's war-on-drugs policy to stamp out the mushrooming social problems related to drug offences.

As of 2018, the law has now been amended to change the mandatory drug penalty to discretionary once more. You can read more about it here.

2. There are 3 drug offences you can get in trouble for

The three common offences are self-administration, possession and drug trafficking. Each of these come with different punishments and ways in which the court can determine if you are guilty or not.

(i) Self-administration (basically for private use), which is governed under section 15 DDA, is considered the least serious offence compared to possession and trafficking. This offence is often proven by chemical tests conducted on the urine or blood sample of the accused person and it carries a fine not exceeding RM5,000.00 or an imprisonment term not exceeding 2 years.

(ii) Possession is governed under section 6 or section 12(2) DDA depending on the type of drug. The legal concept of “possession” requires three main ingredients to be proven - Custody, control, and knowledge. These three ingredients form both the act and the mental element (the intention or knowledge of wrongdoing) necessary to find someone guilty for possession of drugs. The punishment for drug possession could vary from a mere fine to life imprisonment and whipping, depending on the weight of the drugs in question. This will be explored further in Point 3.

(iii) The most severe offence under the scheme of the DDA is drug trafficking as it carries the mandatory death penalty, as mentioned in the previous point. To prove an offence of drug trafficking, the prosecution must first prove that you were in possession of dangerous drugs and that such possession is for the purposes of trafficking in the said drugs.

While we might think that "trafficking" refers to sneaking drugs past Customs, the legal definition of “trafficking” is actually pretty detailed; as shown in Section 2 DDA (in part):

3. You'll most likely not be given bail 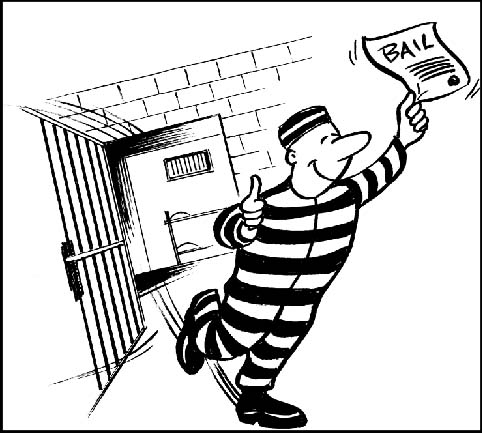 The reason why bail is significant is because court trials can take a very long time and, during the trial period, you can either be allowed to go home on bail or be remanded (detained in prison) until the conclusion of the trial.

However, if you're charged for possessing a certain quantity (weight) of drugs or for drug trafficking, then no bail is allowed.

Section 41B(1) of the Dangerous Drugs Act:

(a) where the offence is punishable with death; or

(b) where the offence is punishable with imprisonment for more than five years; or

(c) where the offence is punishable with imprisonment for five years or less and the Public Prosecutor certifies in writing that it is not in the public interest to grant bail to the accused person.”

Section 39A(1) and 39A(2) of the DDA lists down increased penalties for drug possession if the drugs exceed a certain weight. For example:

In other words, if you're charged for drug possession under section 39A(2) or for trafficking, the court cannot exercise its discretion to release you on bail but to hold you in remand until the conclusion of the trial. The remand period can stretch for a very long period (usually not earlier than a year) as the trial process can be very lengthy.

4. Claiming you "didn't know the drugs were there" probably won't work

This is where presumptions come in.

To very simply explain how presumption of possession works, imagine this scenario:

You were stopped and checked while carrying a bag for a friend. Unfortunately, you didn't know there were drugs hidden in the bag and you're charged for drug possession.

In this case, the deputy public prosecutor only needs to prove you were in physical custody and control of the bag. Then, the presumption can be used to presume that you have knowledge of the drugs in the bag and that you are therefore in possession of it

The presumption of trafficking on the other hand depends on the weight of the drugs in question. If the weight of the drugs found on you exceed the threshold weight prescribed in section 37(da) of the Dangerous Drugs Act, then it can be presumed that you are trafficking in the said drugs. Section 37(da) is a rather extensive, so you may want to take a look at it yourself here.

So when both these presumptions (possession and trafficking) are used in tandem, it is incredibly easy to prove the offence of drug possession or drug trafficking. This is how it'll work:

It must be said however that these presumptions are rebuttable; which means that you can bring evidence to negate or refute the fact that you had knowledge of the drugs, or that you were not trafficking in the said drugs.

5. You may also get your house confiscated (among other things) 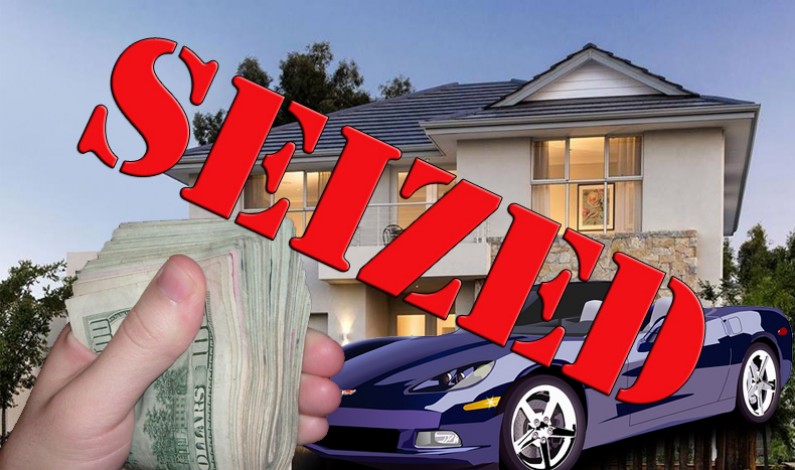 Aside from the punishments mentioned above, there are other penal sanctions you may face because of drug-related offences. These may include the freezing or forfeiture of your assets (like your house or bank account) under the Dangerous Drugs (Forfeiture of Property) Act 1988 or the Anti-Money Laundering and Anti Terrorism Financing Act 2001 if it can be proved that these assets were used for illegal activities stipulated under these laws.

You may also face detention without trial under the Dangerous Drugs (Special Preventive Measures) Act 1985, where a person may be detained under the order of a Minister for a period not exceeding two years for being associated or involved in drug trafficking. This Act also allows the Minister to restrict your movements to a certain area via a restriction order.

However, it isn't just all harsh punishments. The law also caters for the rehabilitation of drug users by focusing on reform, through rehabilitation programs, treatment and police supervision which can be found under the Drug Dependants (Treatment and Rehabilitation) Act 1983.

Over the past few years, several prominent figures in Malaysia had expressed doubt over the effectiveness of the mandatory death penalty in deterring drug trafficking and - unrelated to this article - murder. In 2012, it was revealed in Parliament that drug trafficking crimes between 2009 and 2011 actually increased despite having the mandatory death penalty in place. This also gave rise to the question of ethics:

“No criminal justice system is perfect. You take a man’s life and years later, you find out that another person did the crime. What can you do?" - Datuk Seri Nazri Abdul Aziz, 2012, as quoted by The Star Online.

"The cabinet agreed and decided that amendments be made to Section 39B of the Dangerous Drugs Act by including additional clauses to give discretionary power to the courts to bestow other sentences, besides the mandatory death penalty, in certain situations." - Azalina Othman, March 2017, as quoted by The Malay Mail Online.

1) Be extra careful and exercise caution when a stranger or even a friend asks you for a favour to safeguard or carry their belongings. Although it may not be courteous to peek into someone else’s belongings, the law imposes a duty on you to check and inspect for contraband items.

2) Do not leave your belongings unattended or unsecured in public areas.

3) Although you may exercise the right to remain silent during police investigation, it is advisable to state and inform the police of material particulars relevant to your defence in the cautioned statement such as the following even though not specifically asked by the recording officer:

These particulars may enable the authorities to conduct a thorough investigation and also be used to support your defence in court if you get charged.

4)Immediately inform your family or friends and seek legal advice if you are arrested or investigated over drug-related offences.