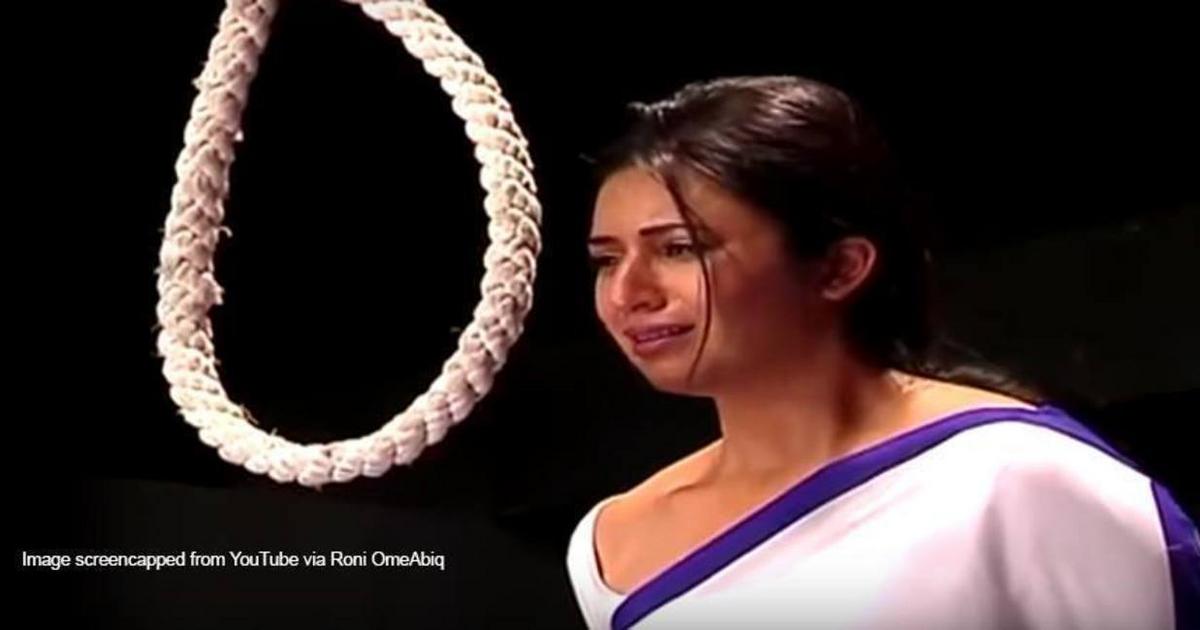 Why does Malaysia want to give a lighter punishment to drug traffickers?

The feature image is a screencapture from a movie.

Malaysia is one of several countries that still continues to impose the death sentence for certain crimes. Aside from the more familiar crimes such as murder or kidnapping, the death sentence also applies for less familiar ones such as being part of a mutiny in the armed forces (section 132 of the Penal Code) or if a rape results in death (section 376(4) of the Penal Code).

This article will focus on drug trafficking, which is punishable with a mandatory death sentence. The word 'mandatory' might be used flippantly at times in every day life but it actually has immense legal weight.

And not too long ago, Malaysia has abolished the mandatory death sentence for drug trafficking. In even more recent news, the government announced a freeze on all death sentences given out, in a push to abolish the death penalty. There are a number of reasons for this, but one of the main points of argument is... 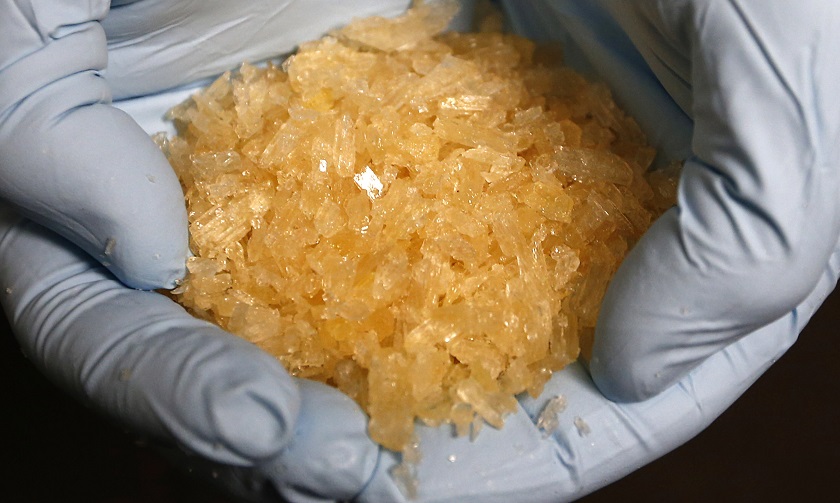 Currently under section 39B of the Dangerous Drugs Act 1952 ("DDA 1952"), if you were found guilty of trafficking, making an offer to traffic or preparing to traffic drugs, you will be sentenced to death. This shows that the law is especially harsh towards drug traffickers (or potential traffickers).

The catch is that it's theoretically easier to find you guilty of drug offences due to the existence of legal presumptions. A legal presumption is essentially the courts presuming something to be true until the evidence shows otherwise. An example of this is the presumption of "innocent until proven guilty" in criminal cases.

There are a plethora of presumptions related to drug offences that can be found in section 37 of the DDA but for the sake of simplicity, this article will only look at the presumption of possession and knowledge (found in the same subsection) and the presumption of trafficking.

Presumption of possession and knowledge

The presumption of possession and knowledge is exactly that warning that parents always give you when you are headed off to the airport - "Don't simply agree to carry packages for people". You may roll your eyes and think your parents are being excessively paranoid, but it's actually really important. The presumption of possession and knowledge works by assuming that if you are found with drugs on you, then you are in possession of those drugs and you were aware of their nature. For example, your friend asked you bring a bottle of talcum powder to Japan and when you go through customs, it turns out that the talcum powder was actually heroin. The presumptions would then apply here. 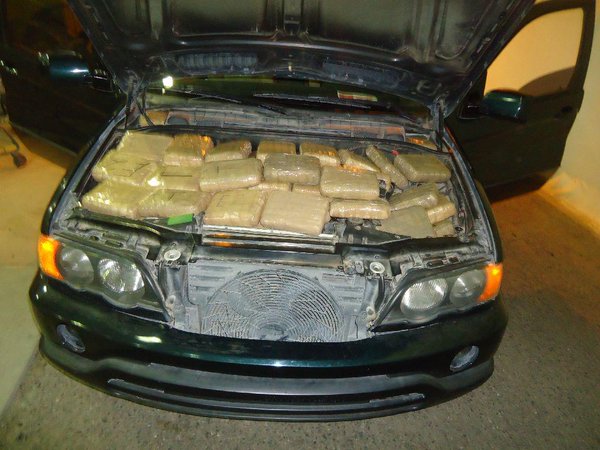 A car hood filled with drugs. Image from twitter.com via @CustomsBorder

The presumption of trafficking, on the other hand, is assuming that if you were found with a certain weight of drugs on you, you were planning to traffic the drugs - which is a higher penalty than having drugs for your own use (self-administration). Section 37(da) DDA lists down the specific weight of a whole range drugs but, for example, all you need is to be found with 15 grams of heroin to be assumed to be trafficking heroin.

"any person who is found in possession of— (i) 15 grammes or more in weight of heroin...shall be presumed, until the contrary is proved, to be trafficking in the said drug..."

Your friend hands you his bag to hold while you are at a club. Suddenly, a police raid happens and 20 grams of heroin is found in that bag. You will be charged with drug trafficking because the authorities would immediately presume that the bag you are holding is yours and that you had intended to traffic the drugs.

However, an important point to note is that these presumptions are rebuttable. "Rebuttable" in this sense means that the presumptions stand until you prove to the court otherwise. For instance, in the example above, the presumption of possession can be rebutted if your friend's wallet and ID also happened to be in the bag, providing an argument that the bag does not actually belong to you.

[READ MORE: Here are more things you need to know about Malaysian drug laws other than the death penalty]

The good news is the law has changed! 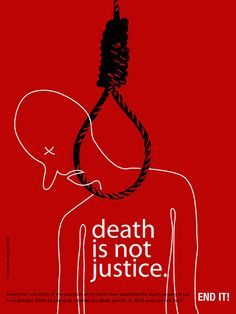 While many of us think that the mandatory death penalty has always been around in Malaysia, it is actually not. It was actually only introduced in 1983 as part of the government's war on drugs. Despite that, statistics have shown that the number of people arrested for drug trafficking has increased over the years. This means that the mandatory death sentence has not been effective in curbing drug trafficking.

After the realisation that harsher punishments do not equate to lesser the crime, the Malaysian Cabinet has agreed to remove the mandatory death sentence and on November 30th, 2017, Parliament voted to remove it as well. This move has been widely accepted by humanitarian bodies as well as some Malaysian politicians.

“If it is wrong to take someone’s life, then the Government should not do it either. It’s ironic and not correct...No criminal justice system is perfect. You take a man’s life and years later, you find out that another person did the crime. What can you do?” - Datuk Seri Nazri Abdul Aziz, in an interview with The Star, 29 August 2010

And as we mentioned earlier because of an October 2018 announcement by Law Minister Liew Vui Keong, even if judges give out or has given out death sentences, the carrying out of those sentences will be stopped.

What does this mean for drug traffickers? 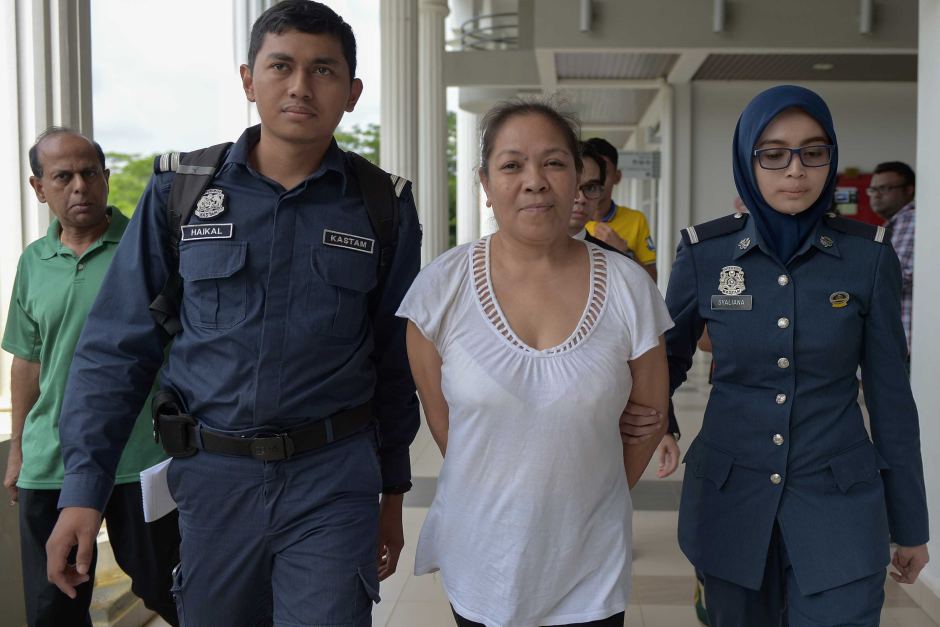 Australian Maria Exposto was arrested at KLIA for drug trafficking. Image from abc.net.au

Given that there’s a halt to carrying out of the death sentences for now, those found guilty of trafficking drugs will now be looking forward to a long stay in prison.

But whatever happens, removing the double presumption doesn’t mean that drug traffickers will go unpunished. It is still possible for the prosecution to prove a drug trafficker is guilty, they just have to do it according to constitutional principles.

Nevertheless, it is always wise to exercise caution such as not leaving your bags unattended in public areas or not to accept packages from strangers.