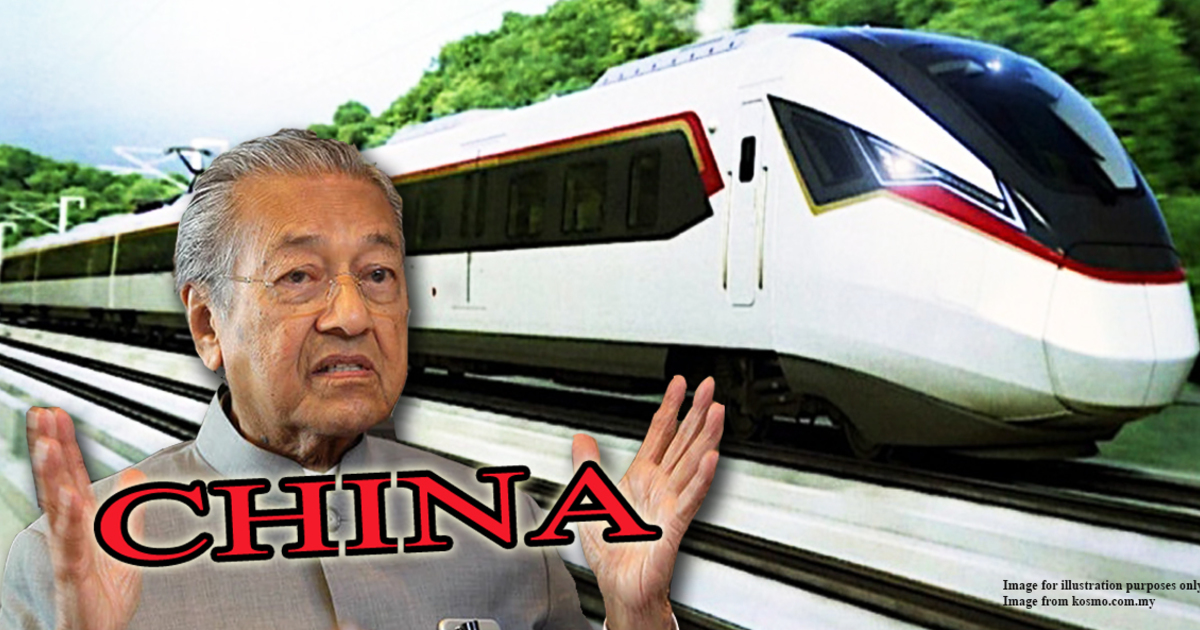 There are quite a number of hot topics being talked about in Malaysia at the moment. Some of you might be hyped about the release of Avengers: Endgame *no spoilers please* while the others might be following up with the latest updates of the ECRL project, which doesn’t seem to have an...endgame. This is because the debate on whether or not it will go on seems like it’s...Endless.

In this article, we’ll be looking into the reason behind why there is no end to the negotiations being made with China, and whether Malaysia can legally come out of this billion dollar contract. Perhaps, the ECRL agreement is best understood by laying out a chain of events on what has been happening so far...

The timeline of the ECRL agreement

So for a brief intro on what this is all about, let’s start with what exactly is the ECRL project in the first place. ECRL is short for East Coast Rail Link and is a double track railway link connecting Port Klang to Kota Bahru. The project is being segmented into three phases and the first two have already been initiated. As much as the railway link can benefit a lot of people – mostly for those who live on the East Coast of Peninsular Malaysia, the project comes with a very (this is somewhat an understatement) expensive price.

Here’s the timeline of how the project came about, in simplified terms:

Based on the timeline above, the ECRL project has been an on and off thing (like a toxic relationship) for almost three years now. So this was finally negotiated a few weeks ago by both, Malaysian and the Chinese government and they agreed to reduce the initial estimated price of the project, RM65.5 Billion to RM44 Billion for the first two phases of the project.

Despite the reduction, we still have a major problem as the price of construction for the project is still too expensive for the country to afford. So, some of you may now question, why didn’t the government just cancel the contract with China?

Is it possible to cancel the ECRL contract?

There is evidence released by the Wall Street Journal and the Sarawak Report, stating that the ECRL project is a coverup of the 1MDB funds that the former Prime Minister has been charged with. However, until a court case can be brought against Najib Razak on the matter, this is somewhat just a speculation.

[READ MORE: Noh Omar said stealing isn't wrong until you're caught...here's why he may not be wrong]

However, since there is lack of evidence at the moment to prove the foulplay, the case is different. Only one party wants to come out of the contract now or has made a mistake on the matter of facts. This is known as a unilateral mistake in the contract.

“A contract is not voidable merely because it was caused by one of the parties to it being under a mistake as to a matter of fact.”

In other words, the Act states that if the mistake is made by only one person, the contract will not be void. So, the government will still have to carry on with the contract and honour it.

[READ MORE: In Malaysia you can get out of a contract if both sides made a mistake]

If not for the allegations, would it still be possible for Malaysia to come out from the deal?

Basically, the chances of Malaysia stepping out of the deal is slim due to several reasons. Firstly, the former Prime Minister has paid somewhat like a downpayment to China for the project, which can be said to be an offer to contract with China. An estimated amount of RM20 billion has already been paid by Najib Razak and the former cabinet, which is almost 20% of the cost of phase one of the ECRL project.

Further, if Malaysia still went on to cancel the contract, then the government will have to come up with at least RM20 billion as a payment of penalty. If you look at this in legal terms, cancelling a contract unilaterally will put the party who cancelled it in a position to rectify their mistake and pay compensation to the other party. Also, the penalty for scrapping the ECRL project is a huge amount, which leaves us with no other options, but to go ahead with the project.

[READ MORE: If you sign a contract in China (or any country), can you still sue in Malaysia?]

But the longer the delay, the more expensive it becomes

The keyword here is interest. The longer the negotiation process takes, the more expensive the interest becomes. However, there have been negotiations lately between China and Malaysia to trade raw materials such as palm oil to reduce the cost of the ECRL project.

With that, perhaps there isn’t much of an option to come out of the ECRL contract as it has been already complied with and, the termination of it will only lead to more debts for the country. As this matter is still a grey area on whether or not we can lower the cost of the ECRL, perhaps there might be a chance for further price negotiations or trade/investments when the Prime Minister visits China for the Belt-Road Initiative conference.