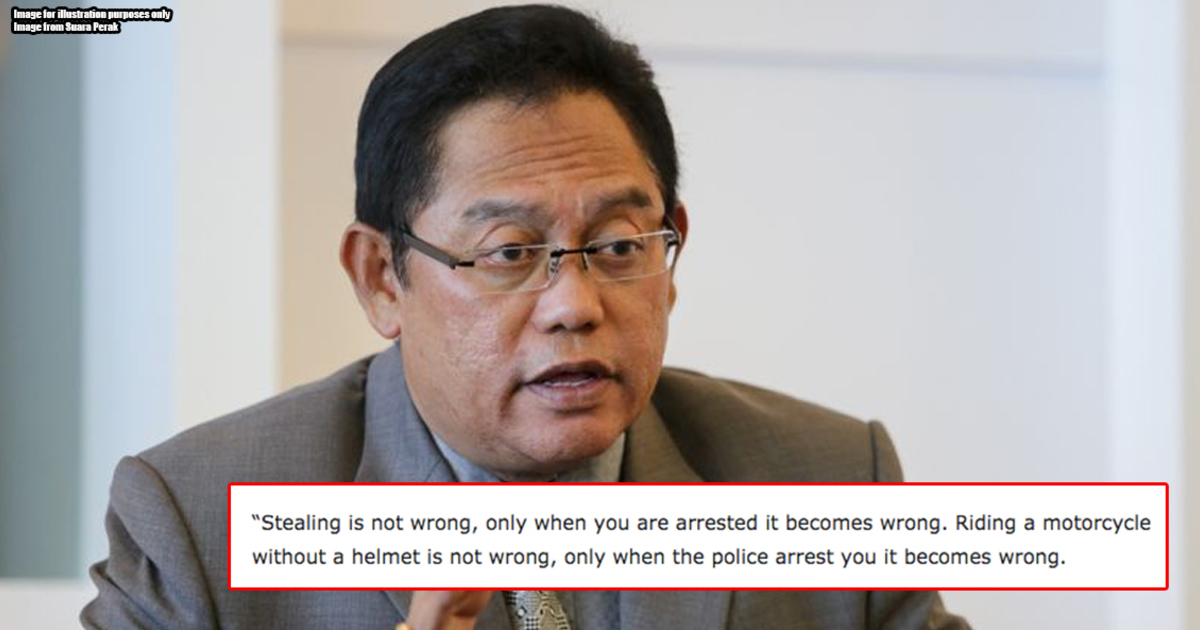 Noh Omar said stealing isn't wrong until you're caught...here's why he may not be wrong

In a recent parliamentary sitting, a BN politician named Noh Omar gave an analogy that caught everyone’s attention and the ridicule of netizens. In fact, his statement caught our attention too, but it’s not for the reasons you think.

It’s easy to understand why people would immediately label this statement as ‘not making sense’. A crime is wrong, and a person who committed a crime is a criminal. But here’s the thing, some law students may disagree with these people and somewhat agree with Noh Omar.

This is because if a law student were to analyse Noh Omar’s statement in-part or as a whole, they’ll actually notice some legal basis according some of the legal theories and concepts they’ve studied. In fact a name that may come to mind to law students would be Hans Kelsen, and he suggested...

Criminal law doesn’t say a criminal is a criminal 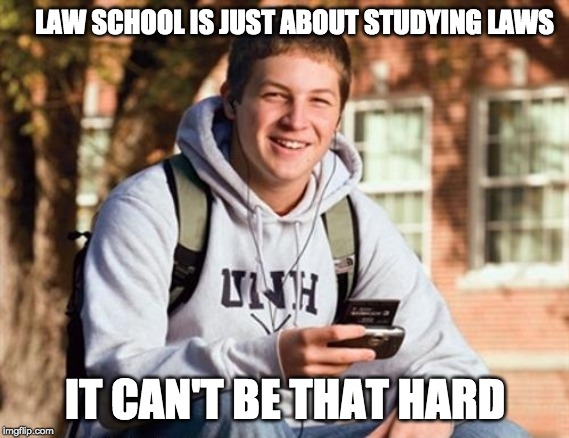 Before we discuss this point, we’d like to point out that we’ll be discussing only half of Noh Omar’s statement first, “stealing is not wrong”.

Sometimes in the final year of law school, a student may have to study a subject called jurisprudence. Some law students hate it and some law students love it, but in essence the subject discusses certain theories as to the nature of law itself.

There are two major opposing thoughts in the field called natural law and positivism. Natural law in simple terms basically dictates that a law is not a law if it doesn’t have a sense of morality to it. In other words, law must reflect the morality of society. For example, a famous natural law philosopher once described the law as:

“Law: an ordinance of reason for the common good, made by him who has care of the community.” – Thomas Aquinas

So for someone who agrees that morality and law go hand in hand, may disagree with part of Noh Omar’s statement that “stealing is not wrong” – because obviously, stealing is an immoral act.

But on the other side of the spectrum, positive law philosophers think that law and morality are two separate things (although they may influence each other) and law is just a law. One of these philosophers we mentioned earlier was an Austrian man named Hans Kelsen. If some people were to interpret the theories and works of Kelsen, they may say that he would agree with Noh Omar when he said that “stealing is not wrong” or stealing is immoral. Or to be more accurate he may not care about whether stealing is wrong/immoral when discussing the law. For Kelsen, when he studied the nature of law, he put every external factor out of window – whether it was morality or politics, he focused on the law itself

Using that method he noticed one thing, once you cut the fat around everything surrounding the law, you’d learn that laws aren’t directed at people to do or not do something, but it’s directed at judges to punish someone if he does something, that does against the law.

In other words, Kelsen says that a law wouldn’t say don’t steal because it’s wrong, and if you steal you’ll punished, it would say if someone is caught stealing, the punishment would be so and so.

And guess what? If you see the law against theft in our penal code, it seems to indicate that!

Section 379 of the Penal Code:

Notice how it’s worded without it not asking you to not do something, but it’s saying what will happen to you if you did that? Yupp, that’s exactly why Kelsen said what he said. But mind you this is just a theory, and there are tons of other legal theories out there – in fact as we’ve mentioned, we even had to cut Noh Omar’s statement in half to make this point. So we understand why you may disagree with this point.

But now we shall continue to look at his statement as a whole for our next legal concept, and this is where law students or anyone else would have little disagreement.

Everyone is innocent until proven guilty 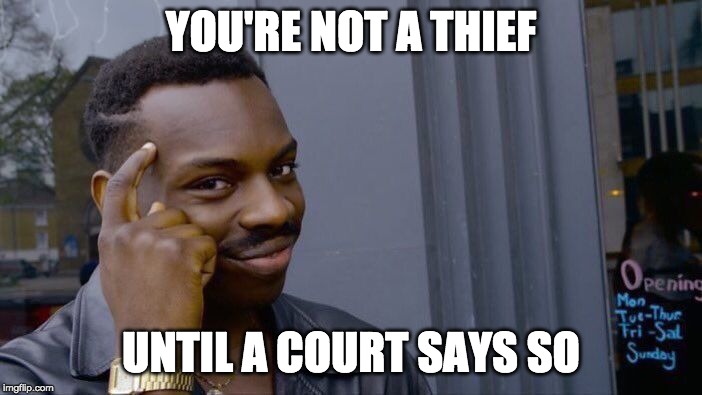 This is because in Malaysia and throughout most of the world, there’s a legal concept that applies to criminal justice systems called the ‘presumption of innocence’. This concept basically says that a suspect is innocent up until if the prosecution can prove he’s guilty beyond a reasonable doubt. Basically the prosecution has to prove his guilt, while the defence may only need to raise doubts when necessary. In the end it’s the judge who decides which side he wants to lean towards. So if you look at this way, the judge is the one who is responsible for enforcing the law; this is when we go back to Kelsen who suggested that laws are directed at judges.

This is done to ensure that an innocent person doesn’t get unfairly punished for something he didn’t do. And to emphasise this point, perhaps a quote from a person more famous than Kelsen would be in order. Benjamin Franklin once said once said:

We know some of you may be thinking that the idea of a 100 potential criminals roaming around is scary. But it seems to highlight the whole point for the reasoning behind this presumption. But nevertheless, we still have to go back and ask…. 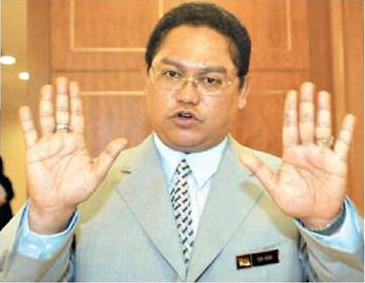 Well it depends how you wanna view it. Because when it comes to legal theories and concepts there are tons of them out there. There are philosophers and scholars who seem to go against the principles of Kelsen, like Thomas Aquinas. Even those who agree with Kelsen may differ with how to interpret his work and theories.

So if Noh Omar’s right or wrong, it totally depends on how you view the law itself. But if you really wanna take it down to the core, just think about this…

We may break the law on a regular basis, whether it’s double parking, driving without the seatbelt on, or even sneaking a cigarette at the mamak – but assuming you weren’t caught, is it still wrong? Let us know in the comments.