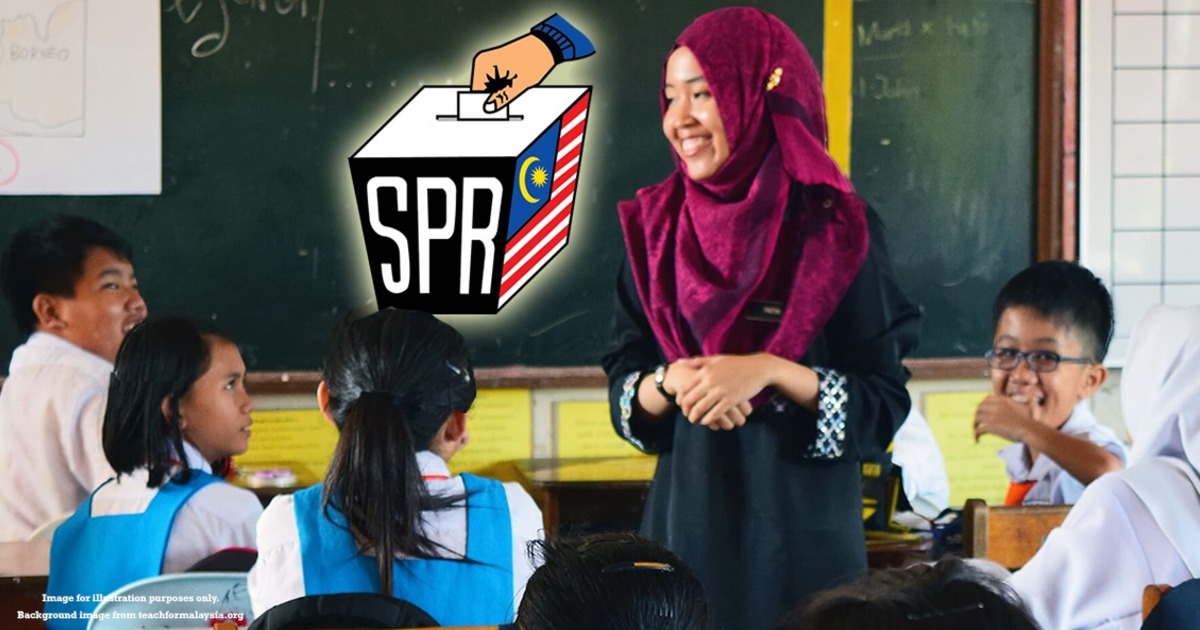 For most of us, 21 is considered the age that signifies “maturity”. To mark our first step into adulthood, some of us would opt to take on bigger responsibilities in life – such as starting your first job, pursuing a degree...or deciding the political fate of your country.

But this changed for the latter because on Tuesday, Malaysia made history once again when Members of the Parliament mutually agreed and voted to lower the voting age for Malaysians to 18. The Bill was proposed to basically make some minor (but crucial) changes in our Federal Constitution – specifically on 4 clauses (more on this later).

Right now, the Bill has passed the first stage where it received 211 out of 222 votes – that’s two-thirds of the majority in the Dewan Rakyat. However, the Bill will still need to go through two other stages before becoming the Federal Law.

Before we go into the the changes of the Bill, let’s briefly take a look at how they made it happen...

It all started off as a Bill

The Bill we’re referring to here is a parliamentary Bill. A bill is basically a proposal to introduce a new law or make changes to existing ones. It gives a general idea/structure of how the law would look like after the amendments/proposal. In other words, it’s pretty much a first draft to introduce a law.

If only passing the law was as easy as waking up one day and deciding to change the voting age for Malaysians. There are actually 3 stages that our Federal Bill has to go through:

First Stage: The Bill needs to go through the Dewan Rakyat, where 3 readings will be conducted – followed by a voting session.

Second Stage: The Bill will be presented at the Dewan Negara to act as a check and balance and can propose amendments to the Bill.

Third Stage: A Royal Assent must be given to the Bill in order for it to become the law.

So, before you immediately jump the gun and declare that you are eligible to vote at anytime, take note that the process is rather lengthy –  the law will only come into force when it is published in the Federal Gazette, after gaining the royal assent from the YDPA. The Bill will then take its final form and be known as an Act of Parliament.

Now that you know this piece of information and you can flaunt your political literacy to your family and friends, let’s look at 5 key elements Malaysian youngsters need to know about this new Voting Age law in Malaysia...

So, let’s start off by stating the obvious here. The aim of the Bill is to refine the Federal Constitution, specifically under Article 119. The Article currently states:

“(1) Every citizen who — (a) has attained the age of twenty-one years on the qualifying date...is entitled to vote in that constituency in any election to the House of Representatives or the Legislative Assembly...”

The Bill proposes to amend Article 119 that specifies the voting age of “twenty-one years” by replacing it with “eighteen years”.

The reasoning behind the amendment on the voting age was highlighted by Tun Mahathir as such:

“(Compared to now) Information comes in many forms. They (the youth) can read the books, watch movies,  follow websites and much more to gain wider knowledge...” – Tun Mahathir for Astro Awani.

Tun M also stated that he considered Malaysian youths as “partners” in nation-building, and should be given an opportunity to be involved in the voting process.

So, with great power, comes great responsibility. Which leads us to the next question...where and how do you register to vote?

2. You can register online first before the automatic registration process begins

Gone are the days where we had to queue up and register to become a voter in Malaysia. With the new amendments being made to the Constitution, youngsters can now register online as voters, as the Election Commission has launched a site for this called MySPR Daftar.

All you have to do is to register your personal details and upload your MyKad image onto the site. Once you’ve been verified, you’ll be sent a verification email and required to activate your account via TAC code.

So, the changes being made to the Federal Constitution, specifically under Article 119(4)(b) is for the following:

The amendment will be made to replace the conditions to apply for registration as a voter and the new “qualifying date” will now be 18 instead of 21. But this isn’t the only perk of voting at a younger age...

Most of the MP’s or politicians we see are normally older people – say 35 and above. However, this changed after GE-14 where youth leaders as Syed Saddiq and Prabakaran were elected to be part of the cabinet. With this new amendments being made, there is a higher likelihood that we will see even younger people being Members of the Parliament!

This is because, the Bill now suggests changes to the Constitution which will qualify a person to become an MP in the Dewan Rakyat at the age of 18, and not 21. So there is a chance for you to beat the record, which is now being held by Prabarakan, who’s the youngest MP – aged 22.

If the standard of an MP is too high and you want to start somewhere smaller – you can now also become a legislative state assembly member aka DUN. The necessary amendments are being made under Section 5 Schedule 8 of the Federal Constitution, to replace the age limit to 18 for state government members as well.

Now, this could be a pressing concern, as some of you might wonder if youngsters who can’t decide what to watch on Netflix, would be able to make decisions that involve the future of the country. Well, don’t worry the Government got this figured out as well ;)

4. There is an education program for young voters

The government has also proposed a program to educate the public on voting. The program specifically targets youth and will be implementing the Voter Education Program which was introduced somewhere in 2017.

The program aims to help young voters understand Malaysia’s electoral process, and answer issues that were raised during the previous election last year. The program will be conducted by the Election Academy (APR) via the Election Commission.

Right now, there aren’t any clear methods on how the programs will be conducted. But from what Tun Mahathir stated, it will most likely be conducted by trained lecturers and coaches and will be held in secondary schools/higher learning institutions across Malaysia.

5. There will be approximately 3.5 million new voters for GE-15

So in the last GE, we saw a rise in the number of young Malaysians who voted and played their part to make a change. But with the new amendments being made to the Constitution, the Government estimates the number of voters will increase to 22.7 million by GE-15 as compared to 14.9 million registered voters in 2018.

However, this does not mean all Malaysians are aware of their right to vote and on how to exercise that right. Due to this, there have been talks on including a law to make voting compulsory in Malaysia. Although this was not mentioned in the Bill, there is a possibility for it to be included in the Second Stage of passing a Bill, which will be done in Dewan Negara.