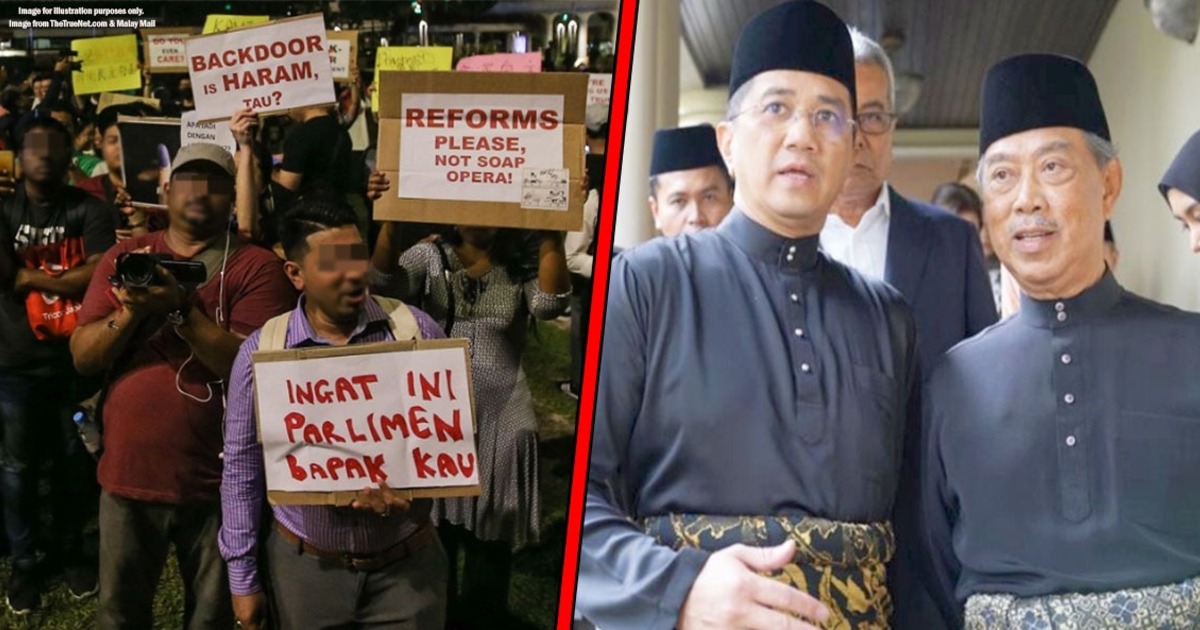 Given the rise of social media, it has now become easy to share thoughts or dissatisfaction about anyone. This includes ragging on our politicians. However, what you or most people would argue as freedom of expression can actually lead to you getting sued.

There are several ways that a lawsuit can be brought against you based off your words or Facebook posts, and here is how you might find yourself in a legal battle against members of the government or the government itself. Now you might have come across a viral video that has been circulating on social media lately, where a female lawyer was expressing her freedom of speech at a gathering in Dataran Merdeka—over the recent turn of political events.

She is now being investigated under the Sedition Act and the Communications and Multimedia Act (covered later in this article) for demonstrating against the change of government.

What exactly is defamation? The common idea shared by many is that defamation is an action you bring against another person for spreading rumours about you that caused your reputation to suffer. This is true but getting into the nitty gritty parts, defamation is actually divided into two different kinds of defamation and it can either be a civil or criminal action.

Now that the two kinds of defamation has been clarified, you are probably wondering why it can either be a civil or criminal action when the people usually get in trouble for only one of them. The reason for this is that there are two separate pieces of legislation governing the law on defamation. The first is found in the Defamation Act 1957 ("DA 1957") and the other is actually found in the Penal Code.

Whoever, by words either spoken or intended to be read or by signs, or visible representations, makes or publishes any imputation, concerning any person, intending to harm, or knowing, or having reason to believe that such imputation will harm the reputation and shall also be liable to fine of such person, is said...to defame that person.

The Penal Code basically states, that when a person says or makes any statement which will potentially be harmful to another person’s reputation—the person making the statement is said to have defamed the person he’s talking about.

Defamation also has certain conditions to be fulfilled. In a nutshell, what is essentially needed is a defamatory statement (or gesture) which refers to the politician and it must be made to a third party other than the politician him/herself.

If you think that you would be able to scoot from being caught by defamation laws by not naming and shaming specific politicians, you can still be caught as long as the politician is identifiable. For example, if your statement sounds something like, "That MP from constituency Y likes to sleep with pretty, young girls", then you might be in trouble because there is only one MP from constituency Y.

You may also be caught if you are found to be making an innuendo. An innuendo is basically when you make a statement that hints to something else. For example, if you say something along the lines of, "Have you noticed that the MP from constituency Y is always surrounded by pretty, young girls?", an average person would be able to infer that he is a person of loose morals.

An example of how a defamation action works can be seen in Prime Minister Najib's defamation action against Tony Pua for uploading a video on Facebook regarding RUU 355. Najib's action is based on the claim that the video was directed at him and was done with the intention to defame him. This current action is still pending but a defamation action by Anwar Ibrahim against Utusan Melayu has resulted in Utusan having to paying Anwar RM200,000.

For instance, if you were to own a blog which you used to critic certain politicians, it might be construed as an improper use of the blog and you would be committing an offence under section 233 of the CMA where, among other factors, posting up offensive content with the intention to harass a politician could cause you to end up in jail for up to a year and/or pay a fine of RM50,000.

Therefore, the requirements needed to be guilty under section 233 appears to stand at a low threshold—there only needs to be proof that you created and transmitted any form of communication which is considered to be offensive and done with malicious intent.

(ii) initiates the transmission of, any comment, request, suggestion or other communication which is obscene, indecent, false, menacing or offensive in character with intent to annoy, abuse, threaten or harass another person; or

(b) initiates a communication using any applications service, whether continuously, repeatedly or otherwise, during which communication may or may not ensue, with or without disclosing his identity and with intent to annoy, abuse, threaten or harass any person at any number or electronic address, commits an offence.

An example is the Malaysian Insider, whose site was blocked by the MCMC for publishing defamatory content. This was done using section 263 which allows the MCMC to enforce the CMA, including taking measures to shut down your site:

Section 2 of the Sedition Act 1948 ("SA 1948") defines "seditious" as a thing that has "seditious tendency". For the purposes of this article, we will zoom into certain parts of section 3 which provides that tendencies which cause hatred or dissatisfaction against the Yang di-Pertuan Agong or the government amount to sedition.

A “seditious tendency” is a tendency— (a) to bring into hatred or contempt or to excite disaffection against any Ruler or against any Government...

Section 3(1) seems pretty open-ended but this is contained by section 3(2) that provides that statements or actions cannot be deemed to be seditious only because they were criticising the government IF you made the statements with the view of rectifying those errors.

This basically means that if you say, "The MP from constituency Y needs to buck up because the potholes in front of my house never get fixed", it would not be seditious. However, if you embellish it by saying, "The pothole in front of my house never gets repaired because the MP from constituency Y is too busy lining his pockets with bribes", then you might be in hot soup.

Notwithstanding anything in subsection (1) an act, speech, words, publication or other thing shall not be deemed to be seditious by reason only that it has a tendency—(b) to point out errors or defects in any Government or constitution as by law established...or in legislation or in the administration of justice with a view to the remedying of the errors or defects...

A popular case involving sedition would the case (or cases) against Zunar, a local political cartoonist who had nine sedition charges against him in 2016 and was arrested over cartoons allegedly insulting Malaysia's former prime minister, Najib Razak.

What about your freedom of speech?

Even though not all of the examples above result in a guilty verdict, it is always wise to ensure that any criticisms you level towards politicians do not enter the sphere of personal attacks or hearsay. After all, freedom of speech is guaranteed by our Federal Constitution but it is not an absolute right and does not translate to the freedom to lambaste others and expect to walk away without repercussions.

If you think that you can get away with any of the above offences by sharing someone else's angry post about politicians, you might want to think twice because even sharing can get you sued.

[READ MORE: You might want to pause before shaming someone online]