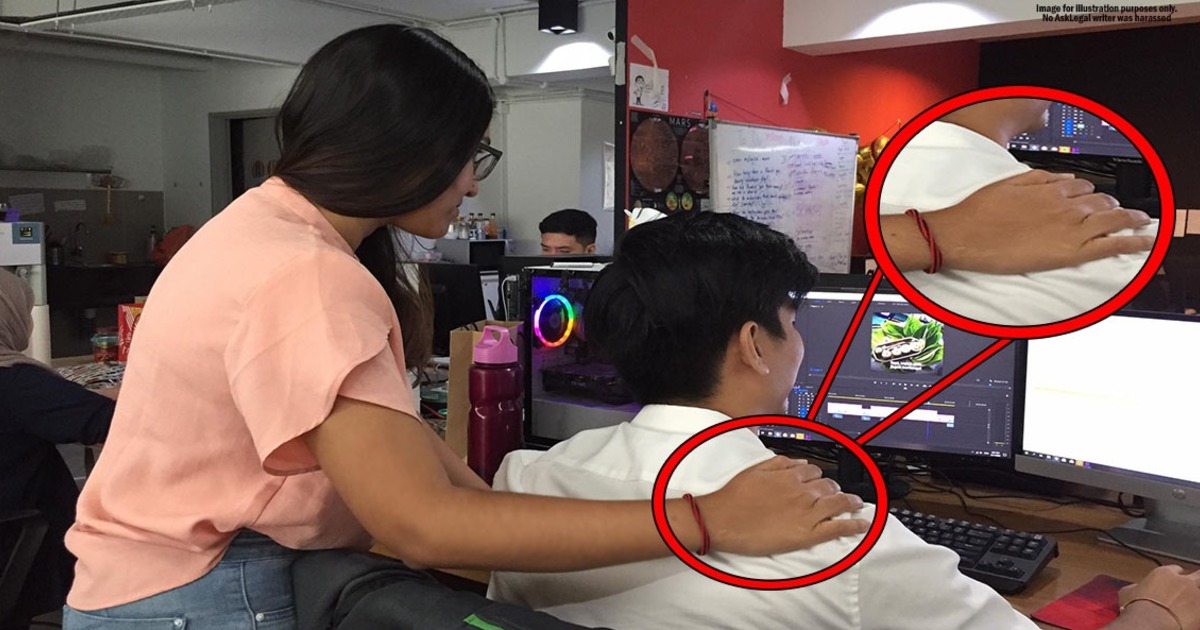 In Malaysia, you can charge a man for rape, but NOT a woman. Here's why

Generally for rape cases, most of us would imagine a man committing the crime towards a woman. And this is mostly true as the victim is normally a woman and the perpetrator is a man. However, this isn’t exclusively the case, as men can also be sexually harmed by women. But here’s where we meet the underlying problem—sexual crimes on men are very much underreported due to reasons like embarrassment.

Now we mostly hear news about men getting charged for raping or sexually assaulting someone. However, there are zero cases involving women who rape men in Malaysia.

The reasoning behind this actually has something to do with how the law is worded. This led us to question if things worked the other way around for once. So, what happens if a woman committed sexual offences...towards a man or another woman?

To answer that, let’s take a look at how the laws are made for these crimes.

Only men can be charged for rape under Malaysian law

Malaysian law defines rape under Section 375 of the Penal Code as, a man having sexual intercourse with a woman against her will or without her consent. Rape is typically punishable up to twenty years imprisonment with whipping. There are also 11 different scenarios specified in the Act— where if rape happens alongside these scenarios, the punishment can be extended up to thirty years in prison.

Since the Penal Code already specifies that only men can be charged for committing the offence, this means that women cannot commit rape according to the Malaysian law. To affirm this, we asked Alex Netto, a lawyer to clarify things for us and here’s what he said:

“ [This is] one that needs to be seriously explored in this country. Unfortunately at this moment, the Penal code provides for the perpetrator to be a man and the victim to be a woman.” – Alex Netto, Anton & Chen.

Basically, for one to be charged for the offence of rape, penetration must occur to constitute sexual intercourse. In other words, only a man has the ability to rape a woman as stated in the Penal Code.

So, how exactly does the law punish a woman who carries out a sexual offence towards men or other women?

Women may be guilty of sexual assault, but not rape

Not all is at loss here, because the female harasser may still get into trouble if the victim makes a police report. Action may be taken under section 509 of the penal code:

"Whoever, intending to insult the modesty of any person, utters any word, makes any sound or gesture...intending that such word or sound shall be heard, or that such gesture...shall be seen by such person...shall be punished with imprisonment for a term which may extend to five years or with fine or with both."

Basically, sexual assault is a crime where anyone can be charged for it, regardless of gender. Those who are guilty of the crime can be sentenced to a maximum of 5 years imprisonment or shall pay a fine or both. However, if you’ve been harassed at your workplace by a female colleague, there are additional laws available to protect you for sexual harassment.

Section 2 of the Employment Act 1955 interprets sexual harassment, in the context of employment as:

Sexual harassment is defined very widely and can be anything from a look, a word, a touch. Alex explained that the Act can be interpreted extensively as no gender was specified:

“Section 2 of the [Employment] Act does not provide gender and merely speaks of unwanted conduct of a sexual nature in broad terms.” – Alex Netto, Anton & Chen.

He further went on to explain that Section 81B of the Employment Act states that employers have a duty to investigate into any sexual harassment complaint.  The employer is bound to investigate within 30 days from when the complaint was made.

So, an investigation is compulsory and has to be done by your employer. The actions taken by your employer can range from firing the female offender, suspending her, giving her a change of department and so on.

You can also consider suing the female harasser under tort of sexual harassment. Sexual harassment has recently been made a tort in Malaysia (read more about tort law here) so you would be able to bring a civil suit for it.

[READ MORE: Sexual harassment is not a crime in Malaysia. So what can victims do?]

But in the context of criminal law, there still isn’t much that can be done to charge women for rape or sexual assault...

NGO’s are pushing for better laws on sexual crimes

Although we might have sufficient laws on sexual harassment at workplaces and civil action is now possible under tort, there is still a grey area on whether or not women who commit sexual crimes can be charged for the crime. Alex went on to say:

To take this down the criminal path, that would require an initiative from the office of the Attorney General to get the ball rolling on this. – Alex Netto, Anton & Chen.

So for anything to happen, the Attorney General will probably need to make changes to the existing laws. There have been calls already made to amend laws on sexual crimes in Malaysia. NGO’s such as the Women’s Aid Organization (WAO) and the All Women’s Action Society (AWAM) are among the organizations seeking for a change in laws pertaining to sexual crimes.

Now if you're the victim, here are some steps you should take to report the crime: