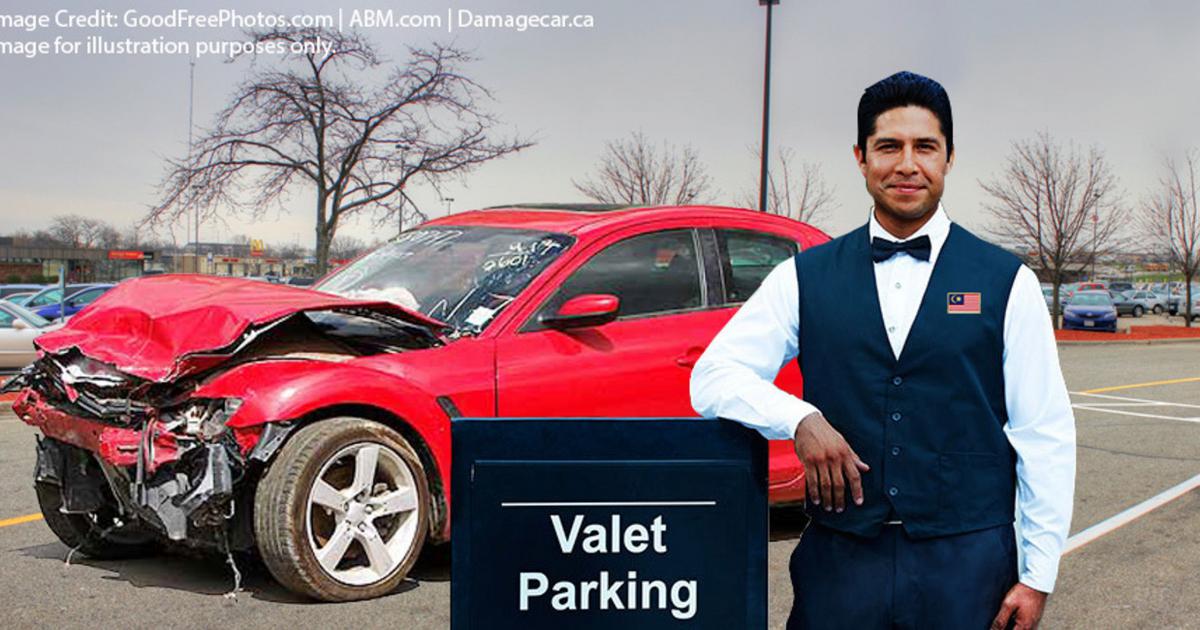 Who pays if your car is damaged or stolen when using valet parking in Malaysia?

When using valet parking, do we ever take pause and think: we are handing over our car keys to a complete stranger, who then returns our car keys to whomever has our parking ticket (usually us) and pays the fee, with no way to verify their identity.

Let the potential risks sink in for a bit… What if your car gets damaged by someone and you don’t know who? What if you lose your ticket and someone else collects your car?

The fact that you’re reading this probably means that you’re a concerned driver who has wondered about this problem before. Your car could be damaged by an irresponsible person or at worst, stolen. A businessman got his luxury Mercedes stolen from a mall’s valet parking service; according to the CCTV footage, the thief just spoke to the valet operator, collected the keys, and casually drove away. 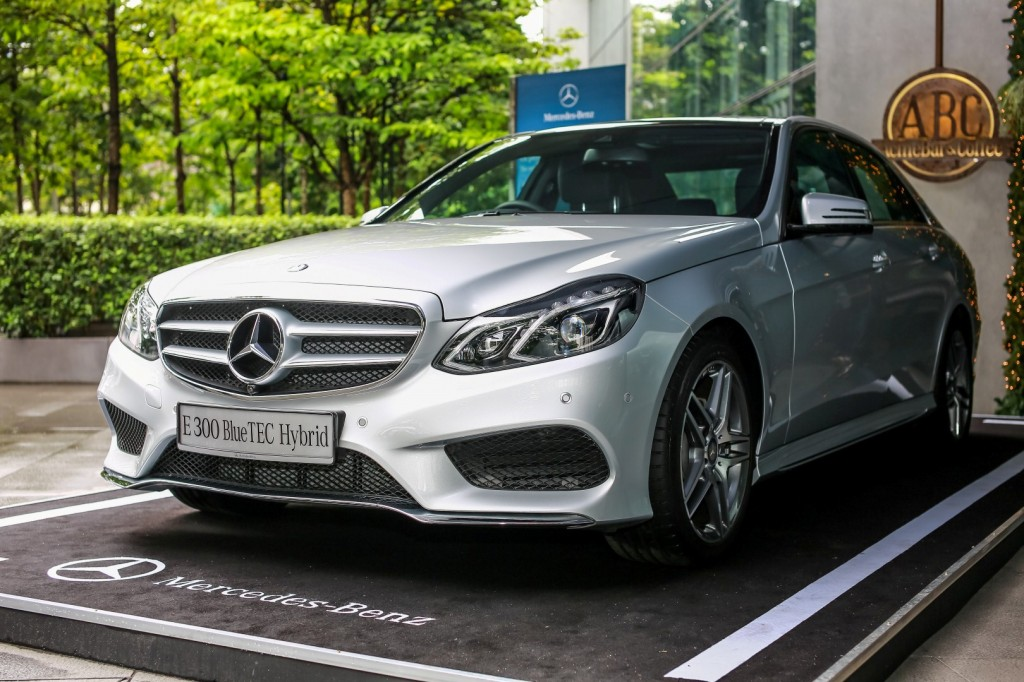 Pretty car right? And now, for my next trick… Image from carsifu.my

So who is responsible for my poor car?

There are 4 parties you could potentially go after for compensation depending on the circumstances:

1. The valet who drove your car

3. The building operator; or

4. A third-party who damaged/stole your car.

AskLegal interviewed a corporate lawyer who prefers to remain anonymous for more insight.

We won’t cover the building operator or the third-party in as much detail as the building operator is often not involved (unless the roof caved in on your car!), and third-parties tend to run and hide. (they could still be brought in as responsible but this depends on the facts case-to-case) Either way, do consult a lawyer if you have such a situation on your hands!

If the valet was careless, the valet company can be held responsible to you 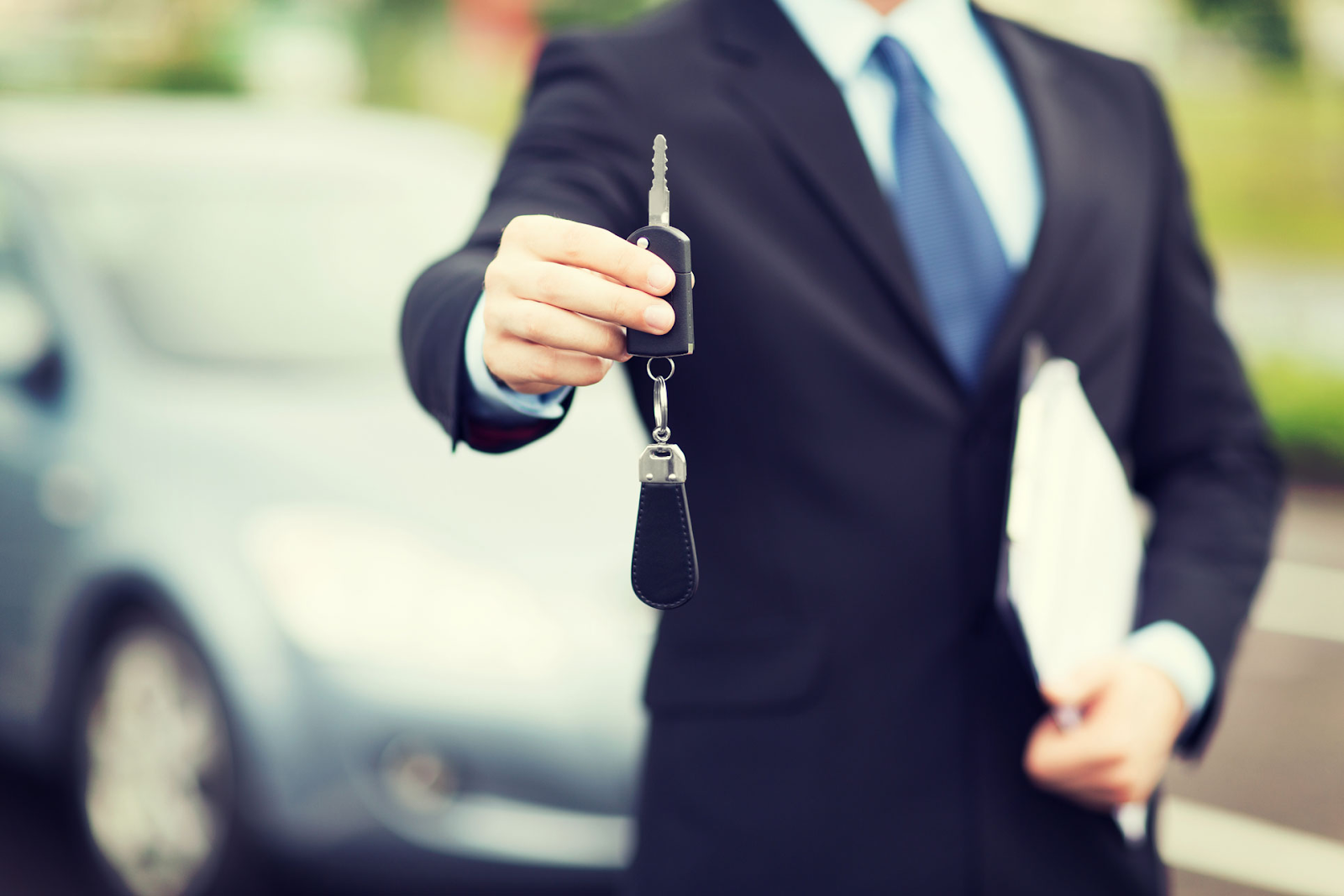 Say your valet lost control of your car and crashed it into a tree. As angry as you rightfully are, he probably can’t afford to compensate you. That doesn’t change the fact that your car was damaged by someone else! Who do you go after then?

Enter vicarious liability - the responsibility a company bears for the actions of its employees. We know some of you might be wondering: why would the responsibility of the valet’s actions lie with someone else? The rationale for this rule was laid out in the case of I.C.I v Shatwell [1965] AC 656 (685), explaining that:

“The master having (presumably for his own benefit) employed the servant, and being (presumably) better able to make good any damage which may occasionally result from the arrangement, is answerable to the world at large for all the torts committed by his servant within the scope of it”

In plain language, this means that companies hire employees to do work (make money) for them, and having deeper pockets than their employees, they have more capacity to compensate any damage that may arise from their work. So they should be responsible for the mistakes of their employees within their working duties.

We know, you may be wondering: why do you have to bring a lawsuit? You do lose your No Claim Discount, but isn’t it simpler to claim serious damage from insurance?

This depends on the exact wording of your insurance policy, but in most cases, you will not be able to claim from your insurance company, because you gave your keys to a third-party out of free will. You’ll have to seek compensation from the person at fault.

But then we come to the exceptions businesses make to protect themselves from risk, which may or may not exclude damage to or loss of your car. 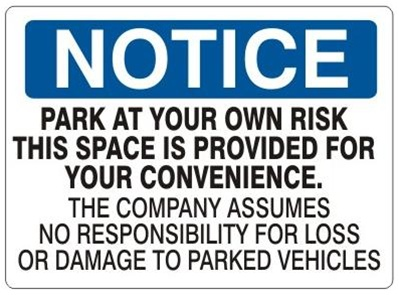 Note that most valet companies are legit businesses who are familiar with using an exclusion clause to escape responsibility. In this context, it is the “park at your own risk, the management will not be liable for any loss or damage caused” type of statement commonly found on signs in parking lots. The lawyer we interviewed explained that:

“How much responsibility can be avoided depends on the extent of the exclusion clause. These are interpreted strictly and a ‘contra-profarentum’ rule applies - any ambiguity in the clause will be interpreted against the business trying to exclude responsibility.” - A corporate lawyer, in interview with ASKLEGAL

When using a valet service, you are forming a contract with the valet company. The contract contains an implied promise from the operator that they will use due diligence and take reasonable care when your car is in their hands. When you tally this with the contra-profarentum rule, unless the valet service clearly states they do not accept responsibility for the actions of their employees, they can be held responsible for damage and/or loss suffered from the actions of their employees. 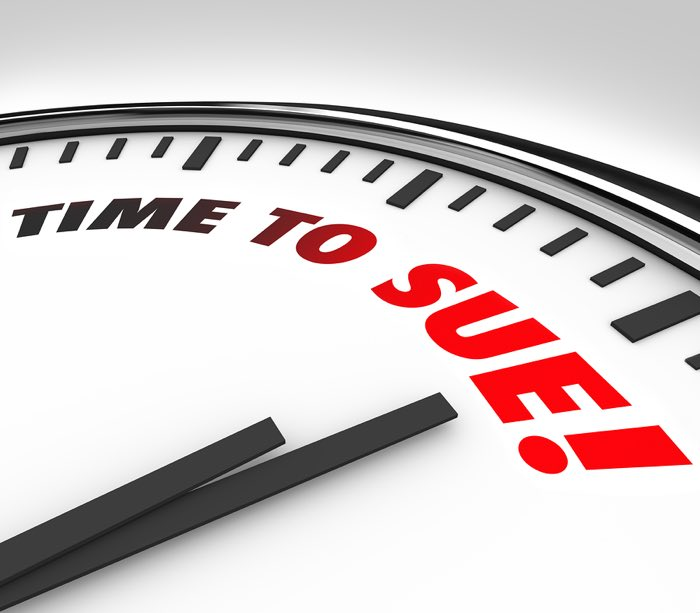 Onto filing a lawsuit. Who do you sue for what? According to the corporate lawyer we interviewed:

“There are two possible causes of action. One would be in contract (i.e. breach of contract) and the other would be in tort (i.e. negligence).”

[Read more: Did you know you can be taken to court for something that is NOT a crime?]

[Read more: 10 things to know when signing a contract]

If your car was damaged or stolen…

If your car was damaged because the roof collapsed, or the guards were careless in their duties, you might be able to go after the building operator. This is assuming the unlikely event that their exclusionary clause is not wide enough to escape responsibility for your car.

If your car was crashed by the valet…

If the valet did not park your car negligently (i.e. they didn’t park it in such a way or at such a location whereby someone probably would end up knocking it), then the fault lies with the other driver. If the other driver pulls a hit and run, it will be difficult to identify him. One way to solve this is to request the building operator to provide CCTV records. If they refuse, a “Norwich Pharmacal” order can be requested, which forces them to provide records to help the investigation.

And that means putting your car outside your control for a while. While we can’t do much in the unlikely event someone really has it out for us, we can control a lot the risks by taking simple precautions. Whether you’re parking your car or someone else is, you can always take precautions like making sure you bring along your valuables, lock your doors, and park your car in a safe location far from hazards (such as construction nearby).