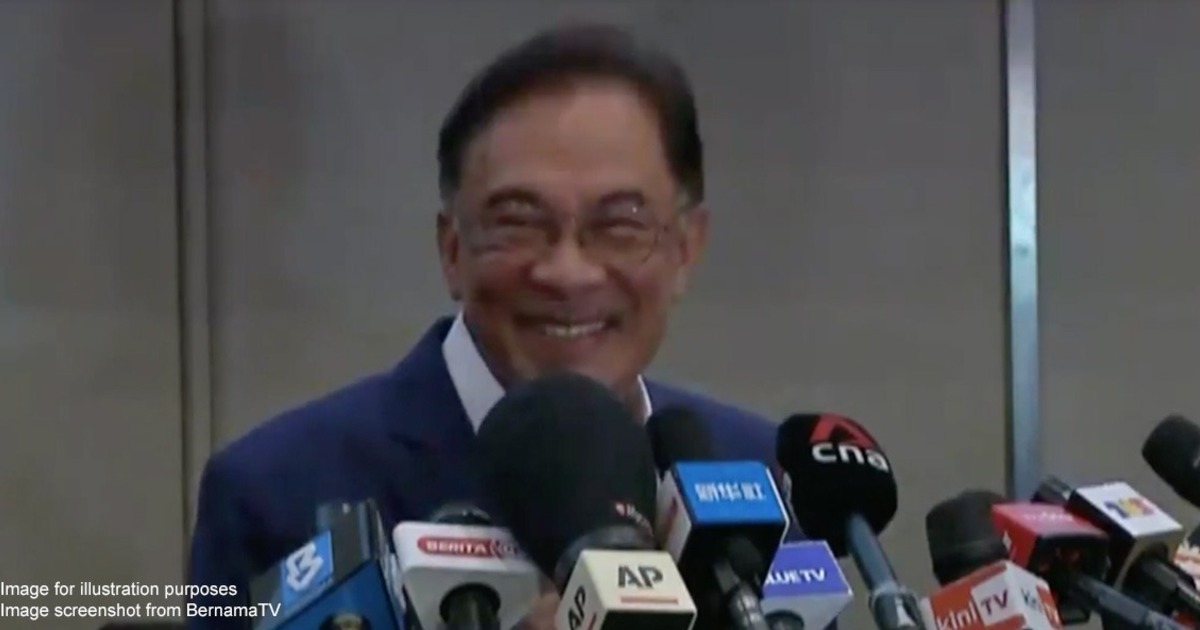 Anwar claims to have formed a new gov't. Why does Malaysian law allow this?

When we wrote this back in February 2020, there have been serious attempt was a successful attempt to change the current previous Malaysian government headed by current former interim former Prime Minister Tun Mahathir. There have been conflicting accounts on what actually happened behind closed doors. But regardless of what the true story is, the main goal is the same: someone is trying to get a majority of MPs to form a new coalition, and in effect create a new a government. This method is called creating a backdoor government.

More recently, PKR President Anwar Ibrahim has attempted to pull a reverse card on the current government. He claims to have a ‘strong, convincing, formidable’ majority to form a new government, ousting the current Prime Minister Muhyiddin Yassin. However, he stated that this is not a backdoor government, and is merely restoring the PH government back into power.

But creating a backdoor government is just an unofficial term used to describe this. There is no real definition of it listed anywhere. For this article, we asked Junian Yunus, a former political secretary, to help us understand this issue. And even people seasoned in politics find this definition unclear.

To me the concept of a backdoor government is still hazy. There is no standard definition, or definitive definition. – Junian Yunus, former political secretary, answering through text interview

But is this way of doing things actually legal? If you voted for a certain party, you might feel that it’s morally wrong for this to happen. But does the law agree with this sentiment?

But first, let’s see how a backdoor government can be formed.

There’s nothing wrong with going in the backdoor

Let’s say there’s already a government in place. How would you get a new government in? It can change in several ways, and this is where the concept of backdoor comes in.

To win Putrajaya, whether you enter it through the front or the back door doesn’t really matter. The most important thing is that you must have a leader, a person who the majority of MPs (Members of Parliament) support and have confidence in.

When you think of a government, you think of the man at the top: the Prime Minister. He heads the government. He must be the one commanding the majority of the members of the Dewan Rakyat. – Junian

One of the first ways is through a motion of no confidence, and how it works is pretty straightforward. During a Dewan Rakyat sitting, an MP just needs to get the majority of the MPs to support him, and to say that they don’t support the current Prime Minister. And the MP leading the motion can be anyone, but usually they are from the opposition.

And a motion of no confidence is exactly that: the leading MP just needs people to vote or state they do not have confidence in the current leadership. But you don’t have to do it during a Dewan Rakyat sitting. In fact, changing your support to another MP could happen anytime at all.

[READ MORE: Why does Malaysia take so long to create or change laws]

But all you need is the MPs support. And for them to voice support, they just have to declare it.

They declare as clearly as they want to. It seems to be a trend now here that it’s done through statutory declaration. – Junian

However, if the MP is a member of a party, then they can’t make their decisions by themselves. The MPs would have to follow their party’s decision. Which is why you have a party, because according to Junian, it is a “source of strength”.

But if you’ve been following the news, you probably noticed that the Agong interviewed all 221 of the MPs on who they are supporting. Does the Agong actually need to hear the MPs support verbally, one by one?

Actually Agong doesn’t have to do that. None has done it before him. It’s a clerical function. – Junian

[READ MORE: Why is the Agong interviewing 221 MPs before electing a Prime Minister?]

So what the Agong is doing is unprecedented. Forming a backdoor government, however, has happened before.

Backdoor governments have happened before (and might happen again)

Forming a backdoor government is completely legal, as currently there are no laws against it.

There have been attempts before to make it illegal by making party hopping illegal. Sabah amended their state constitution in 1986 to make party hopping illegal. Any MPs wishing to switch parties would have to vacate their seats. Kelantan had also adopted a similar amendment in their state constitution before. However, all these amendments were made illegal in 1992, as they went against Article 10 of the Federal Constitution, which guaranteed the freedom of association.

[READ MORE: There are no laws against party hopping in Malaysia. Here’s why ]

The exact scenario happened in the 1994 Sabah state election. Parti Bersatu Sabah (PBS), led by Joseph Pairin Kitingan, achieved a narrow victory over the Barisan National (BN) coalition, securing 25 seats to BN’s 23. However, their victory was short lived when almost all of the PBS MPs hopped parties to BN. Pairin was only Chief Minister for two days before he had to resign. The political term ‘katak’ was coined during this election, due to the mass exodus of PBS members hopping to BN.

Despite it being legal, people have continued to speak up against party hopping. The late Karpal Singh, DAP’s former chairman, mooted an anti-party hopping law, requiring politicians to vacate their seat if they change parties. According to him, “Ethically, they should also quit the post as they were voted on a political affiliation of either Barisan Nasional or Pakatan Rakyat.”

But forming a government is like playing a game: as long as you play by the rules, technically you’re not doing anything wrong. And in this game, the winner takes all.