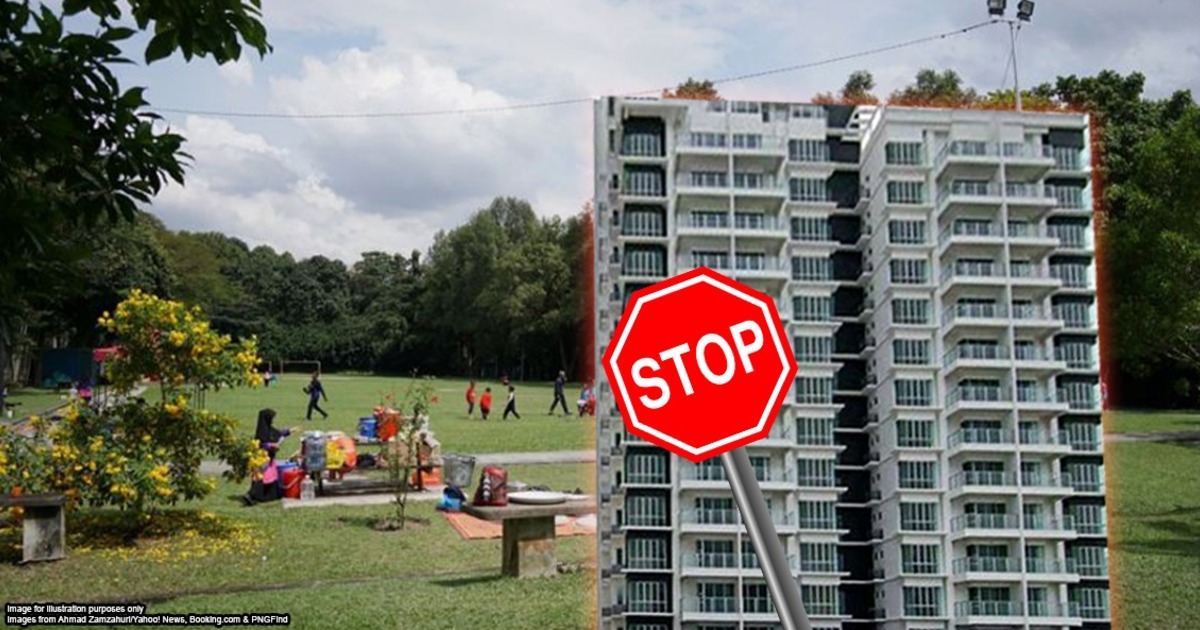 If you’ve been following the news closely, some weeks ago you would have read about the Taman Rimba Kiara case. This case has actually been going on for over 5 years, but on 27th January 2021, the Court of Appeal passed a landmark decision on it.

If you haven’t heard about the case, here’s a shorty summary: Some developers wanted to build housing where a public park—Taman Rimba Kiara—is currently situated. A few residents around the area and some others who would have been affected by this development challenged them in court and won. But the case isn’t as simple as that.

You can take a look at the 90-page judgment here to see why, but in this article we’ll simplify the sequence of events for you.

The history of the park dates back to 1982

The park in question used to be a rubber plantation. However, in the 70s, the government bought over the land from its owners to develop it. And if you’re wondering whether they can do that, the answer is yes.

[READ MORE: The Malaysian government CAN legally take your land and property...under 3 conditions]

The land eventually became a public park, making it a home for various flora and fauna. It’s also called a ‘green lung’ (a ‘healthy’, natural place in an urban area). But one pertinent issue was that there was a group of people there who had lost their homes after the rubber trees were cut down. These were the families who used to work in those rubber plantations. To provide them with roofs over their heads, the government then gave them longhouses to live in. By this time, it was 1982.

However, they were told that this was only temporary, and that they would eventually be getting proper housing soon. Cut to 2017, things were still the same. But this is where the developer comes into the picture. The developer wanted to build some high-rise luxury serviced apartments where park was situated. At the same time, they wanted to build some affordable housing for these families. We came across a video where the residents in this area were interviewed regarding the matter. Most of them were in support of the new development as it meant that they would get the housing they were promised.

But apart from them, there were other residents in the neighbouring area that didn’t think the development was a good idea. These are just some of the reasons:

This is when they took the mayor of Kuala Lumpur, the developer of the project, and two other parties to court.

The High Court allowed for the development to go on

It’s important to note that the unhappy residents didn’t sue the mayor and developer. Instead, they wanted to cancel out the permission given by the city council to develop the area. They also believed that this permission was not obtained in the right away.

To challenge a decision made by a public body such a city council is known as a ‘judicial review’. It’s different from a normal court case appeal. In judicial reviews, the court will see if the manner in which the case was previously decided was right. If it wasn’t, only then will they cancel out that decision and come up with another. In normal court case appeals, the focus will be on whether the previous decision was correct, not so much how on the decision was made.

In this case, there were 10 parties (we’ll call them appellants) who filed a judicial review: they were the management bodies of 5 different residential buildings in that area: Trellises, Kiara Green, The Residence, TTDI Plaza and The Greens together with a public officer from the TTDI Residents’ Association and four other private residents who lived in these residential buildings. The review was filed against four parties (we’ll call them respondents): the mayor of Kuala Lumpur,  Memang Perkasa Sdn. Bhd. (the developer), Yayasan Wilayah Persekutuan, and the Bukit Kiara Public Housing Residents’ Association (Pertubuhan Penduduk Perumahan Awam Bukit Kiara).

Now the appellants weren’t just unhappy about a new development cropping up in their area. One main issue of contention was that the conditional planning permission development order given by the city council (DBKL) went again some important rules. When a new development is to be done, the mayor is supposed to put up a notice informing the public of it. The mayor in this case did exactly that, and that’s how the appellants came to know about it. So there was no issue as far as the notice was concerned, but the next step is where the problem started.

When the appellants contested the development, the mayor was supposed to talk with them and address their concerns. Somewhere during this time, the mayor informed only 3 appellants (#1, #2 and #6) of what was going on, and proceeded with preparing for the development. But the seven others were still in the dark. When they all finally found out what was happening, they decided to challenge the permission to develop the area.

However, the High Court found that there was no issue with the development order. In short, this is what they said:

The High Court set aside the appeal and the four respondents had to be paid RM10,000 each. But the appellants re-appealed, and this is when the case went to the Court of Appeal.

The Court of Appeal didn’t agree with the High Court

Again, seeing as this was a judicial review, the Court of Appeal couldn’t come up with a new decision just like that. They had to first see if the way in which the High Court decided the case was correct. So they addressed the same issues that were heard by The High Court, and they brought up some additional points. We’ll summarize these for you as well:

Based on these points, the Court of Appeal set aside the High Court’s decision and said that the development had to cease at once.

This is a landmark case for many reasons

After reading all this, you might think that this is a case of a developer being sued by some homeowners. And while that’s true, this is much more than that. This case is seen as a big win because it places more responsibility on public officials—in this case, the mayor. The judgment said:

“The burden, in public law, would be on the Datuk Bandar to thus show how the process has been adhered to and not, the other way round.

The absence of an express provision in any statute requiring the decision–maker to give reasons does not mean that the duty does not exist unless and until the statute specifically states so.”

Basically, public officials must be accountable in their actions even if the law doesn’t specifically spell that out. If their job requires them to be transparent, they should do so.

Many have also said that this case highlights the importance of the conservation of our natural environment.

On another note, as this decision was made by the Court of Appeal, the four respondents can still file an appeal at the Federal Court. The decision made by that court will be final, if it ever gets to that stage. The appellants, however, have asked the respondents not to file an appeal, as it will take up too much public funds. Instead, they have requested them to come up with affordable landed housing for the longhouse residents.