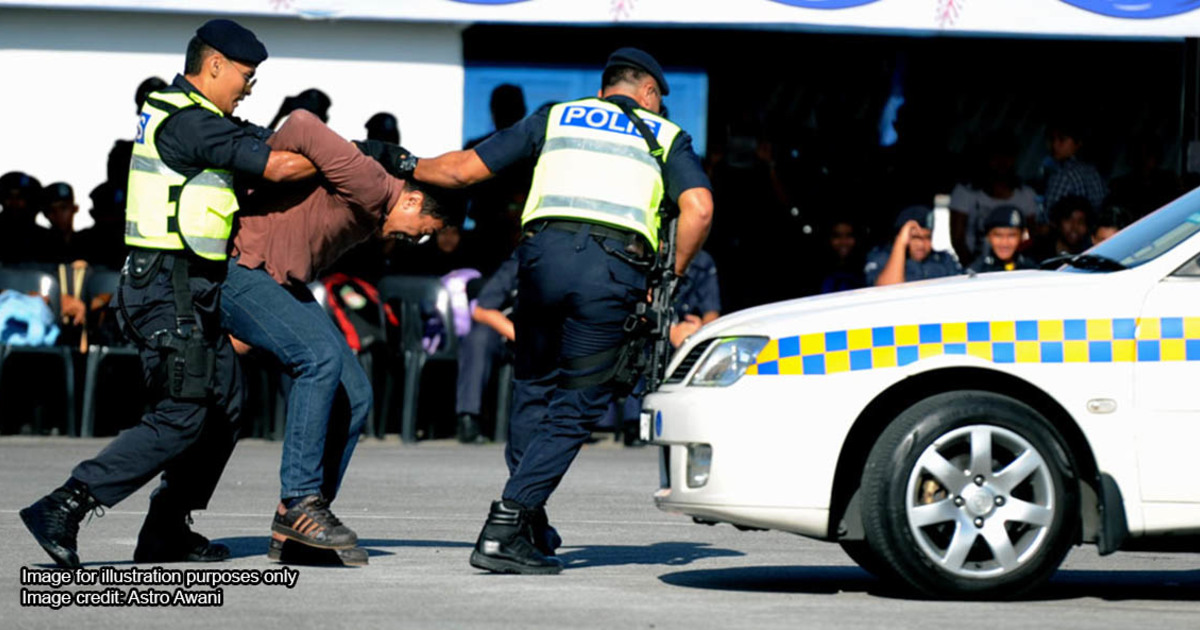 Why do some Malaysians get arrested for killing robbers in self defense?

The laws regarding self-defense in Malaysia is something that many people consider to be unfair, especially when a victim gets arrested after killing or severely injuring the bad guy – the most recent case being a 32-year old man from Johor who was arrested for allegedly killing an armed robber who broke into his home. Whenever something like this happens, it can easily appear as though the law sides the bad guys while victims get “punished” for defending themselves.

So here’s the thing... Sections 96 – 106 of the Penal Code actually provides you with a right to defend yourself – even to the extent of causing death in situations of rape, kidnapping, robbery, or arson. This is first stated in section 96 of the Penal Code –

Nothing is an offence which is done in the exercise of the right of private defence.

However, when you skip a line down to section 97 in regards to rights of private defense of body and property, it also says (in part, with emphasis added):

Every person has a right, subject to the restrictions contained in section 99, to defend...

Simply put, while sections 96 and 97 state that you have the right to defend yourself against harm to your (and others’) bodies and property, these rights are not absolute – meaning there are conditions and limitations in which they can be used.

As our self-defense laws are actually quite wide, this article will only be focusing on why killing an intruder in your house may land you in trouble. But first, let’s clear up a major misconception that can be confusing to many who aren’t familiar with police procedures.

Getting arrested does NOT mean you’re guilty

The sight of someone being arrested can be pretty dramatic – with the handcuffed wrists, sombre looking police officers, and the walk to the backseat of a patrol car. It probably also doesn’t help that, in most TV shows, this usually signifies that the bad guy has been caught and it’s just a short commercial break until the end credits. So when we see a news report of someone being arrested for killing a robber, accompanied by a picture of the person in handcuffs, it’s easy to assume that the person was guilty and will be facing some sort of punishment.

In real life, getting arrested is (very generally) the first of three major steps towards actually being found guilty of any crime. As a quick breakdown, the three steps are:

Of course, the law only allows a person to be detained for a certain period of time for investigation purposes, and they are released if no charges are brought against them during this period. You can read more about this in further detail below:

[READ MORE: If you get arrested, are you automatically a criminal?]

[READ MORE: How do I know if I’m being arrested by the PDRM?]

Now that this is clarified, let’s head on to meat of the topic.

You can only use “reasonable force” to defend yourself – but what’s “reasonable”? 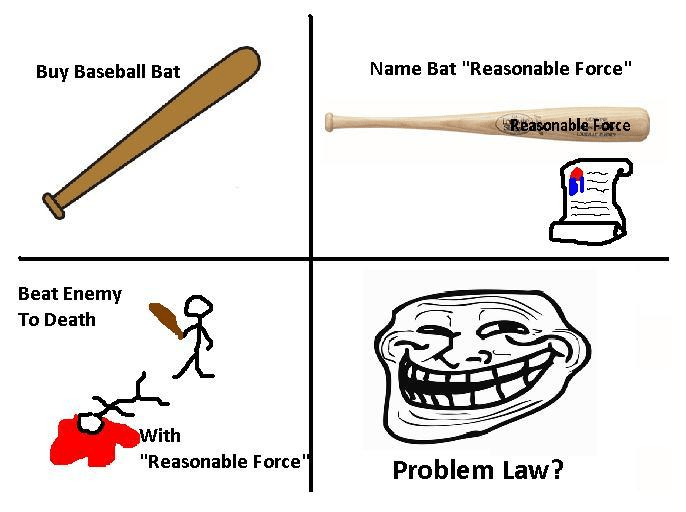 If you remember, we mentioned earlier on that there are some restrictions to your right to self defense under Section 99 the Penal Code. In this article, we’ll be focusing on the two exceptions in section 99 of the Penal Code that are most commonly misunderstood:

Simply put, you cannot claim self-defense if you had time to seek protection (such as by calling the police or running to a policeman) or when you used more force than necessary to ensure your safety. While having the opportunity to seek protection is straightforward enough, most of the misunderstanding stems from not using more force than necessary, or reasonable force.

The problem with explaining what can or cannot be considered “reasonable force” is perhaps best exemplified by the ridicule directed at lawyer Datuk Haaziq Pillay when he tried to explain the concept during an interview on TV3:

"Let’s say, if the intruder only wields a small knife but I (the victim) have a gun in my hand, then that is not fair. Also, I should be able to call the police or escape from the scene if the intruder only comes at me with a knife. Under the law, the victim has to be in a real apprehension of fear of themselves or their family's lives for them to be able to kill the intruder." – Datuk Haaziq Pillay, in interview with TV3, quoted via Says.com

Why reasonable force can be hard to explain in a few sentences is because it’s highly situational and is evaluated on a case-by-case basis. It's very important to note that there is no one-size-fits-all scenario or explanation. Whether or not the authorities decide to take action against you depends on the outcome of their investigation - called the facts of the case.

“Ultimately, the courts would look at the specific facts and circumstances on a case-by-case basis. What the court thinks is self-defence might be not what many people think.” - Sreekant Pillai, Criminal defense lawyer, as quoted by The Sun via The Malaysian Bar.

We will look into how different scenarios can lead to different outcomes in the point below.

So does that mean you really need to compare knife sizes? -_-

It would be quite silly to assume that if you were to be faced with a knife-wielding robber, the first thing you’d do is to compare blade length or keep track of how injured he is. This was very nicely summed up in the case of Palmer (1971) AC814 where a man (Palmer) was caught stealing weed and was chased by three people. He fired a gun at his pursuers and killed one of them. In the ensuing trial, UK judge Lord Morris said:

"If there has been an attack so that defence is reasonably necessary it will be recognised that a person defending himself cannot weigh to a nicety the exact measure of his necessary defensive action. If a Jury thought that in a moment of unexpected anguish a person attacked had only done what he honestly and instinctively thought was necessary that would be most potent evidence that only reasonable defensive action had been taken."

What this means is that the law allows you to do what you thought was necessary for your (or other peoples’) safety at that point in time. Whether or not the authorities will agree with your actions depends on the investigation – which brings us back to why some people get arrested for killing a robber.

The basic idea behind our self-defense laws is that it’s meant to prevent someone or something from being harmed, not to be a vigilante agent of justice or revenge. If there is time to call the police, or if you’re no longer in a dangerous situation (such as the robber surrendering), any harm that you inflict on the robber cannot be considered self defense.

To further illustrate this, let’s use three scenarios where the robber has a knife and you have a gun:

Scenario 1 – The robber runs away

The robber realizes he’s literally out-gunned and runs away, but you shoot him in the back to prevent him from escaping. In this case, the police might investigate the case as murder (and charge you accordingly) because you were already safe the moment the robber turned and ran – he was no longer a threat and the argument of self-defense may not apply in court.

Scenario 2 – The robber tries to attack you

You whip out the gun and warn the robber that it’s loaded, but he still decides to lunge towards you so you fire and the robber drops dead. The police may still investigate the case as murder but, depending on the facts of the case, may not file charges or (even if they do) your lawyer can make the argument of self-defense in court – you had to use your gun in order to prevent yourself from getting injured or killed.

Scenario 3 – There is a child nearby

You have a gun and the robber has a knife, but the robber refuses to back off. All of a sudden, your 3-year old child appears and the robber moves towards the child, so you immediately shoot the robber dead. In this case, you may face a lesser charge or your lawyer can make the argument that you were acting to ensure the safety of the child.

Again, these are very general scenarios and actual circumstances may play out differently.

So what should you do if you were to overpower an intruder/robber/bad guy?

If the suspect is alive but no longer a threat; you should immediately call the police and, at most, tie him up. What you should NOT do is to stab or beat him a few more times for good measure. This is also related to performing a Citizen’s Arrest, where the law allows you to temporarily detain a suspect until the authorities arrive; but you can still get in trouble if you beat up or kill the suspect.

[READ MORE: Is it a crime to knock down a snatch thief?]

If the suspect is dead, call the police immediately and don’t clean yourself or the crime scene up while waiting for them to arrive. Worse, don’t attempt to hide or move the body and/or weapons as this is a crime in itself.

At the end of the day, the law has to remain objective regardless of the circumstances – if someone was killed, an investigation is required regardless of whether the victim was a robber or world-changing philanthropist. Otherwise, a writer who just got yelled at by his editor could invite the editor over to his house for dinner, kill him, and claim it was self defense against a robbery. Without a police investigation, it would be the writer’s (badly written) word against a editor who’s too dead to give his side of the story.

It’s also a good idea to remember the emergency number “999” or, if you live in Selangor you can download the MyDistress mobile app which sends a one-click GPS-tracked emergency signal to the police. Here’s the link for Android and iOS.