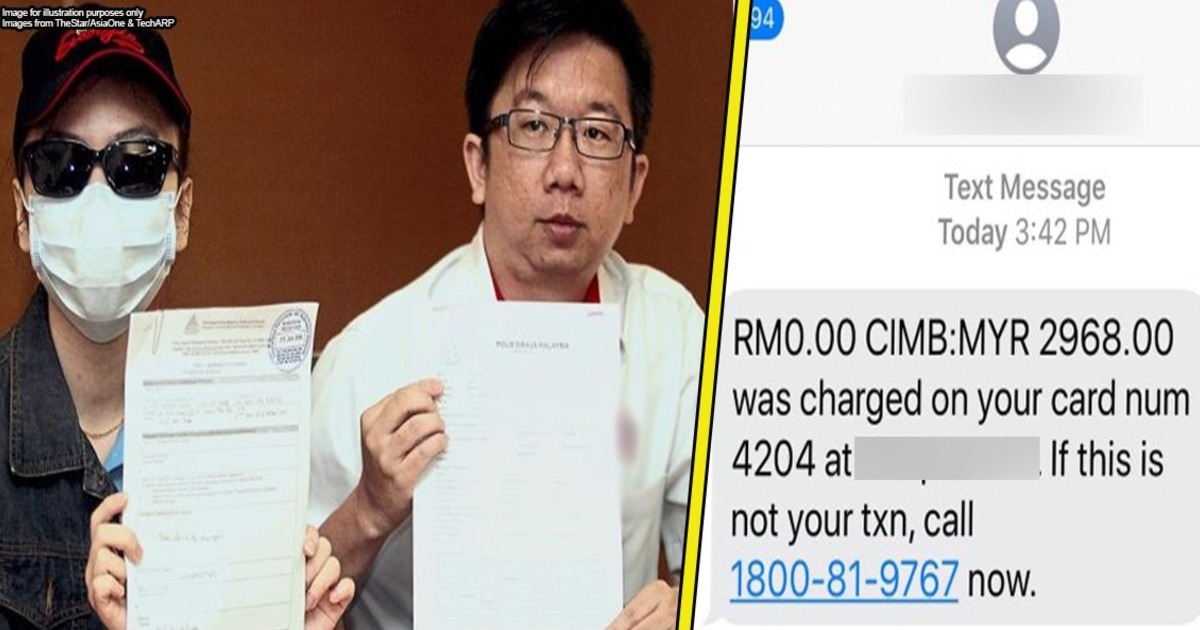 Many of us would have been, or would have almost become victims of scams at some point of our lives. We also know that scammers have only gotten smarter with time by coming up with new ways to target innocent people. The Macau scam is one of the most famous types of scams, where the victims themselves are tricked into authorising a bank transaction and end up losing large amounts of money. The recent ‘saman/mahkamah’ scam and Poslaju scam are two examples of this.

Earlier this week, two people believed to be the masterminds of the Macau scams in Malaysia were arrested. Our friends at Soscili wrote an article on this and how most of these scams work.

If you’ve ever been scammed before, your first thought would be to report the incident to the police. But while PDRM would always naturally be the ones to investigate a crime such as a scam, there are also other authorities that can help you if you’ve become a victim of one. So in this article, we’ll look at who some of these bodies are, and how you can actually avoid scams in the first place.

Bank Negara, as you would know, is Malaysia’s central bank. For this reason, any money-related matters are governed by them and this includes investigating financial scams as well. Apart from filing a report with PDRM, BNM should be the next authority you contact if you’ve been scammed. They might be able to trace where your money has gone, and if they’re successful, they may be able to get your money back. To file a complaint with BNM, you can call their BNMTELELINK, which is 1-300-88-5465 (1-300-88-LINK).

On their website, BNM has clarified that this hotline is not just for people who have been scammed, but even those who are aware of a scam. So if you come across any banking scams, give BNM a call. It’s also worth noting at this point that many financial scams also tend to use BNM’s name to mislead people, since they are a figurehead in the financial sector of the country. For example, you might receive an e-mail saying that BNM has frozen all your bank accounts. These types of scams can also be reported to BNM.

While scams mostly involve stealing people’s money, they can also come in others forms. Sometimes, they might even trick you into giving out your personal information. Scammers can call you, leave you texts, or even send you suspicious links that steal your data. For scams like these, the Malaysian Communications and Multimedia Commission (MCMC) would be the one to investigate them. MCMC does a lot of things, from regulating content that goes up on the internet to putting out rules for media companies to follow. Dealing with scams would also come under their purview.

MCMC has several channels for you to send in a complaint to them:

Just like BNM, you don’t need to be a victim of a scam to be able to make a report. So long as you come across one and have gotten proof of it (like a screenshot), you’re good to go.

Let’s say you’re looking for an item on an online platform. You finally find one seller who has it. The listing looks legit, with many photos and a good description of the item. You make the payment and wait for a few days...but there are absolutely no updates on your purchase. You go back and check, only to realise that the entire listing has been removed!

Obviously, you’d want to report this to the platform on which you found the seller. But the good news is, the Ministry of Domestic Trade and Consumer Affairs, also known as KPDNHEP, can also help investigate the case. KPDNHEP doesn’t only look into scam cases, but they can even take on cases involving poor quality of products and services, unfairly priced products, and so on. They can be reached through the following avenues:

Alternatively, you can use their EzAdu application to make a complaint straight from your phone.

How you can identify (and avoid) a scam

The following pointers might sound like common sense, but some scammers (as we know) can be really clever. So it’s important to look out for some not-so-obvious signs that may help identify a scam:

[READ MORE: What can someone do with your name, MyKad number, address and phone number?]

We’ve written an article on online scams in particular and in it, one of our writers details her own experience of almost getting scammed. You can give this a read here.

So all in all, while it’s impossible to totally wipe out scammers, make sure to always be vigilant and know who to report to if you end up being victim to one, or you come across one.