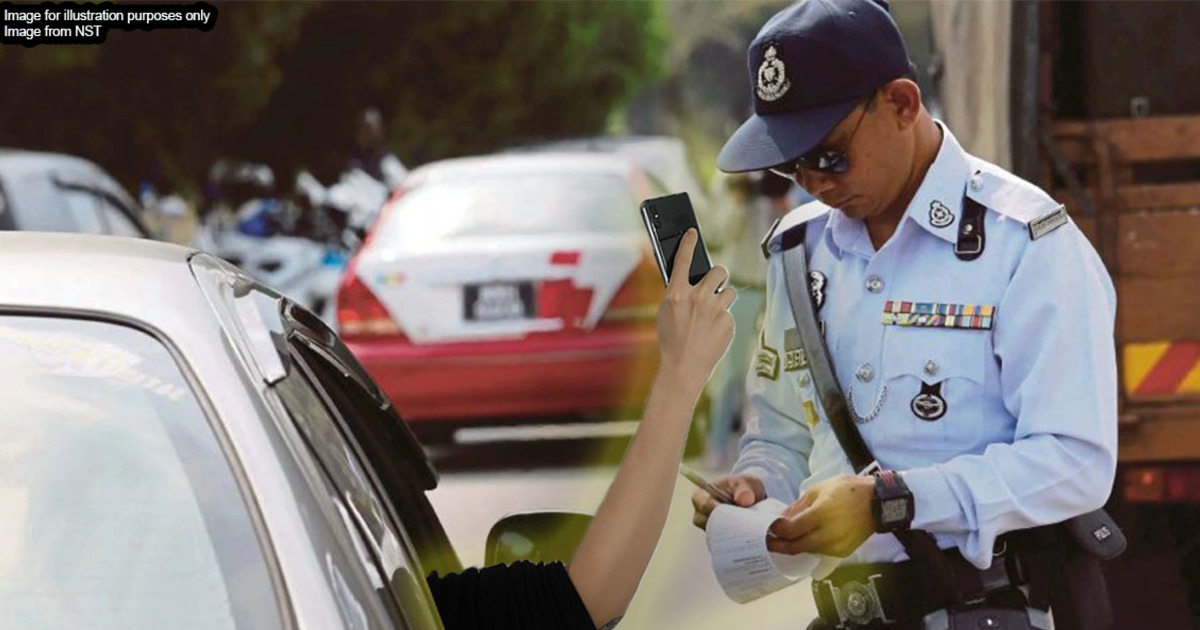 Is it illegal to record the PDRM when they stop you at a roadblock?

Most times, when we want to prove something or use something as evidence, the first thing we would do is to take out our phones and start recording or snapping pictures. Obviously, this would be the easiest way to obtain evidence to back up our claims. If you feel you might be in trouble or danger, you might also want to record the incident so you can make a report later.

For quite some time, we have received questions asking if it’s illegal to record a policeman if he stops you at a highway or a roadblock. We’ve also been asked whether a PDRM officer is allowed to demand for you to stop recording them. But before we get to the crux of the issue, it might be useful for you to know that…

There are actually no laws in Malaysia that prevent anyone from taking pictures or video recordings of another person in public. Obviously, you cannot take pictures of people that are obscene or ones that may damage their reputation. But besides that, the law is silent as to whether one can record another in public. Since there is no prohibition, in other words, you can record someone as long as you are within your limits.

Section 509 of the Penal Code states:

Whoever, intending to insult the modesty of any person, utters any word, makes any sound or gesture, or exhibits any object, intending that such word or sound shall be heard, or that such gesture or object shall be seen by such person, or intrudes upon the privacy of such person, shall be punished with imprisonment for a term which may extend to five years, or with fine, or with both.”
So if you take obscene pictures or videos of someone, it’s a very serious offence and you may end up in jail for 5 years or you might have to pay a fine… or BOTH.
But what if someone verbally or physically abuses you or threatens to hurt you? You might want to record them to use it as evidence if you make a police report. Once again, the law is silent on this issue. So, there are no restrictions on you recording someone in this instance as well. The bottom line and key point is that you don’t intrude on someone’s privacy or make obscene recordings of them.
It doesn’t just have to involve someone taking inappropriate photos/videos of another. Even if you stalk someone and follow them around taking pictures of them, that would amount to nuisance and is definitely a huge NOPE.
[READ MORE: Can you legally stop someone from taking photos of you in Malaysia?]

The police aren’t exempted from this

While the police are seen as a higher authority, there is also no law that prevents you from recording them. So if you are stopped at a roadblock or anywhere else by them and you feel it’s not justifiable, you are allowed to record the whole exchange between you and the police officer. However, this is subject to three conditions:

1. The act of recording must not interfere with the police officer performing his duties

If the police officer is conducting an investigation or is in the middle of something crucial, you should not record them if it can temper with the whole investigation. If your recording may distract or disrupt the officer from performing his duties, he has the right to ask you to stop recording.

So for example, if you are stopped late at night by an officer and he wants to check your car, you cannot prevent him from doing so and the act of recording the officer shouldn’t get in the way of the inspection. If you do disrupt the police officer from discharging his duties, he has the right to stop you from recording.

2. You should inform the police officer that you wish to record him

Instead of just taking out your phone and recording the police officer immediately, it’s best to let him know that you will be recording the conversation between him and you. This is more of something done out of courtesy. You don’t need to expressly get their permission, but it’s always best to be polite.

Most of these recordings of police officers do end up on social media and that’s how we come to know about them in the first place. You may want to share your recording on your social media accounts, too. But if you do decide to share it, it’s best to do so just as it is without any comments. Adding any other commentary and inferences might just land you in trouble and you may be said to have defamed the police. So if you share, make sure to share the facts of what happened only.

So let’s say you did get pulled over and felt it was unwarranted, and so you recorded whole incident, you might now ask...

Can the recording be used as evidence in court?

Let’s say, in that scenario, the officer asked you to pay a bribe or wrongly accused you of something. In instances like this, you may want to report the matter to the higher authorities. Obviously, you will need some sort of evidence to have a strong case against the cop in question.

So the question is, if you had recorded the police officer asking for a bribe, can this be used in court? To answer this question, we look at the Evidence Act 1950.

Section 3 of the Act states that anything that is a “document” can be used as evidence in court.

“evidence” includes—
(a) all statements which the court permits or requires to be made before it by witnesses in relation to matters of fact under inquiry: such statements are called oral evidence;
(b) all documents produced for the inspection of the court: such documents are called documentary evidence;
But what exactly is a “document”? Section 3 also states:
“document” means any matter expressed, described, or howsoever represented, upon any substance, material, thing or article, including any matter embodied in a disc, tape, film, sound-track or other device whatsoever, by means of—
(b) any visual recording (whether of still or moving images);
(c) any sound recording, or any electronic, magnetic, mechanical or other recording whatsoever and howsoever made, or any sounds, electronic impulses, or other data whatsoever;
So basically, any recording, be it audio or visual, or even just still images are considered to be evidence that can be brought to court.

Be kind to your abang (and kakak) polis

So yes, the courts will accept the recording as evidence that can be used in court. However, remember that when you record your conversation with the police, it’ll be wise to remain polite and courteous, because if you’re harsh or violent with the police officer, that may amount to you posing a threat to the safety of the police officer. So remember, always be civil and cordial.
Tags:
highway
pdrm
evidence
record
stopped by police