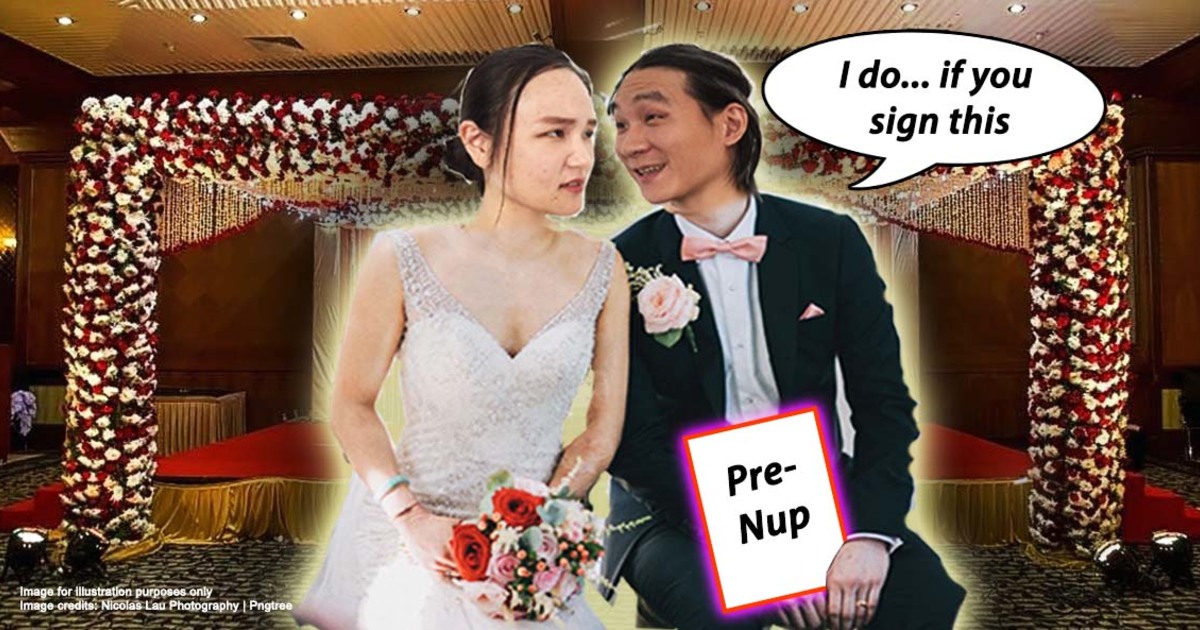 90% of Malaysians don't sign this important contract before they get married.

Alright, just to be completely clear, this article is about prenuptial agreements which are not required for marriage, and the 90% mentioned in the title may not be entirely accurate, but based on the sources we found here and here, the numbers may not be too far from there.

Although this article is mainly about civil marriages and not Islamic marriages, it has been stated by the Malaysian Bar Council that Muslims can also sign prenups now! So, to our fellow readers who want a deeper insight on divorce in Islamic marriages, click here.

Or..you can just continue reading to find out more about what exactly a prenup is in this article!

[READ MORE: Things to know when signing a contract]

For starters lets take a look at…

What is a prenuptial agreement?

A prenuptial agreement is actually a contract entered into prior to marriage. It defines the terms which help determine how much money and assets that are to be divided in the event of a divorce.

Several things can be laid down in a prenup:-

Prenuptial agreements are more prominent in cases of second marriages and so on, particularly as to whether they can protect the interests of the parties and any children that are involved from the marriages.

Are prenuptial agreements valid in Malaysia?

It actually is! Or more accurately the law doesn’t specifically say if it is illegal either. Under Section 56 of the Law Reform (Marriage & Divorce) Act 1976 (hereafter the 1976 Act), parties may refer to agreements with regards to matrimonial proceedings to the High Court of Malaya. However, the validity of the prenup is still subject to the court’s discretion.

So long as it does not contradict to any section in the 1976 Act, the courts will consider the prenup and uphold the agreement based several factors, such as the conduct of the parties and the absence of duress or fraud.

Here is an excerpt of Section 56 of the Act (in part):

“ Provisions may be made by rules of court for enabling the parties to a marriage, or either of them, on application made either before or after the presentation of a petition for divorce, to refer to the court any agreement or arrangement made or proposed to be made between them… if any, in the matter as it thinks fit.”

So, if you have already tied the knot with the love of your life and you think reading on is an unnecessary waste of time, hold up! Because there is still a chance to prep yourself! As the Malay saying goes, “Sediakan payung sebelum hujan.” – In the form of a POST-nuptial agreement.

Some of it are:

Of course, at the end of the day, the courts still have full power to decide if they want to take the agreements into consideration, as stated under Section 76 of the 1976 Act:

As much as the topic of divorce is rather dark and bleak...and rather unromantic, but one should not just look at prenuptial/post-nuptial agreements as something that is made to anticipate a divorce. There are so many good reasons to consider making prenuptial agreements with your significant other; such as to minimize any risk of unexpected financial claims, or to circumnavigate any mishaps such as death, on how to distribute or manage assets if it happens.

Unless you have read all our articles on writing contracts, it’s best you consult a family lawyer for a prenup. You might want to avoid any backfire from a badly worded or invalid contract, so it’s always best to get professional help!