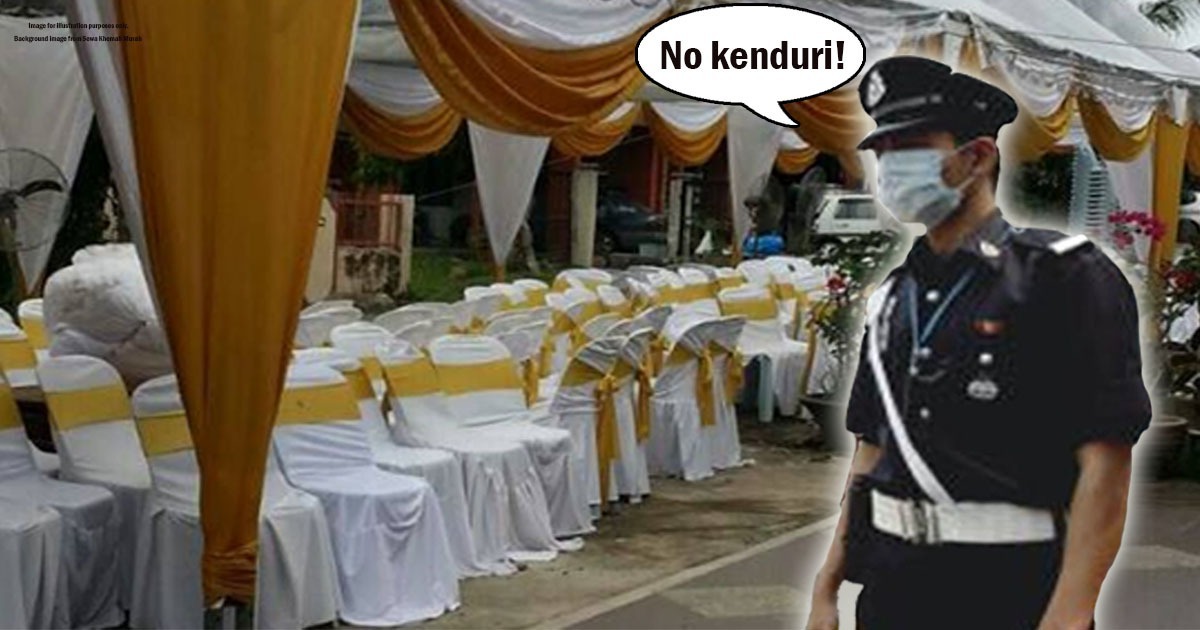 What can you do if your wedding was canceled due to the Movement Order in Malaysia?

With the increase of Covid-19 cases, the CMCO (Controlled Movement Control Order) has recently been implemented in Klang Valley. This followed the CMCO placed on the whole of Sabah.

Now this period is also pretty painful for some of us who’ve been in the midst of planning an event, such as a wedding—only to cancel it due to the CMCO. Under the current CMCO, weddings are not allowed.

Planning a big event like a wedding or a party takes at least 6 months of preparation. These preps would include booking a location, hiring performers/band and food caterers for the event.

If you’re someone whose plans are now locked up with you at home, you’d probably wonder if it’s still possible to get a refund or postpone the bookings made for your big day.

So the question now is, can you postpone or cancel all bookings made due to the movement order?

But first, read your contract!

We sign or agree to contracts on a daily basis. Most of the time, we don’t face any problems with the other party because both sides are able to fulfill their part of the demand.

Now with the whole Movement Order and the illegalities of having any form of celebration or events, we will most likely have to cancel the contracts made with other parties. However, this isn’t because we’re at fault or the other party had done something wrong—which led to the end of the contract.

[READ MORE: In Malaysia you can get out of a contract if both sides made a mistake]

So in this situation, where none of the parties are at fault—but an unforeseen circumstance took place, making the parties unable to fulfill their end of the bargain—the contract is said to be frustrated.

However, some contracts have special clauses to state that the job cannot be performed due to a sudden, unexpected turn of events. The term for this clause sounds somewhat like a Harry Potter spell—and it actually has some magic to it if it’s invoked in your contract: Just say ‘Force Majeure!’

Some contracts are more understanding than others

If your contract has something called a ‘force majeure’ clause, you're in luck. What the clause means is that, if there is something unexpected happened, that stops everyone from doing what was agreed in the contract, the contract can be cancelled

Now this clause is somewhat more helpful for the vendor or service providers than customers itself. This is mostly because in commercial contracts, it’s a norm for customers to sue the seller/service provider, and not the other way around.

But as we’re in the midst of the CMCO which is a direct result of the COVID-19 pandemic, contractual obligations between many parties are canceled due to it. So in a situation like this, it’s useful to check your contract to see if there is a clause that provides for these unforeseen circumstances.

The ‘force majeure’ clause can sometimes be found under the termination clause of the agreement, which will help with the negotiation process in the future. This clause acts to exclude any liability if the other party (the vendor) cancels their part of the agreement for your kenduri or event.

But if your contract does not have this ‘force majeure’ clause, there’s still another way you can resolve this situation.

Your contract will be just as frustrated as you are

Contracts become frustrated when the obligations under it become either impossible or illegal to fulfill due to some unexpected circumstances that couldn’t be avoided. Section 57(2) of the Contracts Act 1950 states:

The Act essentially says that after a valid contract has been entered into, if a subsequent event makes the performance of the contract impossible or illegal, that contract is said to be ‘frustrated’.

[READ MORE: If a freak accident makes you break a contract, can you get sued under M'sian law?]

There are basically 3 conditions laid down in Guan Aik Moh (KL) Sdn Bhd & Anor v Selangor Properties Bhd that need to be satisfied to make a contract (and the parties) frustrated:

Perhaps this would make sense if we relate it to our current situation: If the CMCO was not something you or the other party expected to happen, and the CMCO was not something either party caused and the CMCO which prevents mass gatherings has now changed the whole point of the kenduri—which is to invite all your family and friends—then you or the other party can’t carry on with the contract as it is impossible to have it during the CMCO.

Also, if any of the conditions mentioned above are missing, then the contract cannot be said to be frustrated. So the question now is, how can you get a refund or carry on with your event, at a later date?

Re-negotiate with the other party

If you’ve decided to put all your kenduri preps on hold until the pandemic is over, you can choose to re-negotiate the terms in your contract with the other party. Now there is also a chance for the service provider such as the hall management or food caterers to bring up re-negotiation first.

Among the things that might be brought up during re-negotiation is the termination of the contract for a duration of time or for an extension of time to prepare for the event due to the CMCO.

However, if you’re considering to cancel the event due to the CMCO, you can recover the money you’ve paid—as long as the performance stated in the contract is not carried out yet. This would most likely involve a lawsuit, where the court can order the other party to make refunds for the contract that has become frustrated.

So if you’re going through this tough time and need to alter all your plans due to the CMCO, it makes good sense to deal with the other party outside of court first since it’s neither yours nor the other parties’ fault; either out of goodwill or to avoid lengthy court proceedings. It’s also best to consult a lawyer since these circumstances are subjective and differ on a case to case basis.