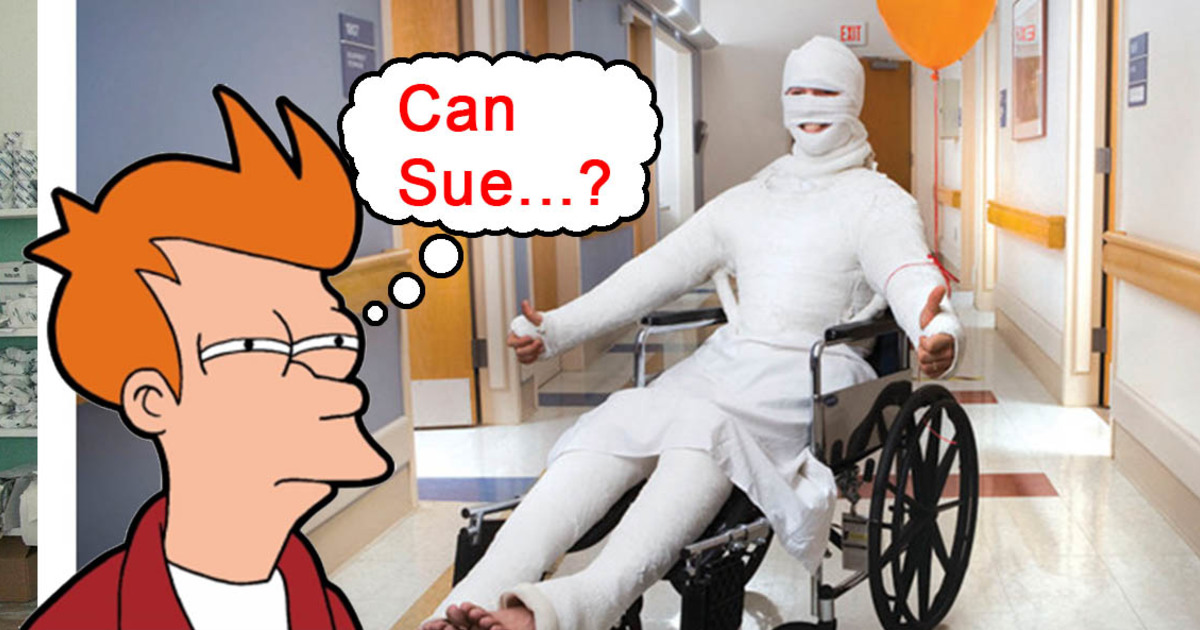 If a freak accident makes you break a contract, can you get sued under M'sian law?

about 4 years ago Jeremy S.

So here’s a scenario: You’ve gotten wind that your favourite artist is coming to town to perform in a one-night only concert. You bite the bullet to purchase front row VVIP seats. On the night of the concert however, the concert venue burns down, due to no fault of your own or the concert organisers’. And now you’re among the hundreds of dejected would-be concert goers demanding for a refund, with the concert organiser rightly denying responsibility of the fire.

But wait, what does a cancelled concert got to do with contracts?

[READ MORE: Can you get a refund if an event gets cancelled?]

The scenario illustrates two things to keep in mind – the first that contracts can are not limited to that paper thing that you sign and, that subsequent events can sometimes make a contract impossible to carry out.

What are the remedies if you ever find yourself in such a tricky situation?

It starts with frustration

Going into the theory, these situations are what lawyers usually call ‘frustrated contracts’.

You’ll be frustrated too if you couldn’t see your favourite artist in action, but that’s not what we’re talking about here. ‘Frustration’ is a term used in contract law to describe contracts that have become impossible to carry out as per Section 57(2) of the Contracts Act 1950 (CA 1950):

Basically, this means that after a valid contract has been entered into, if a subsequent event makes the performance of the contract impossible or illegal, that contract is said to be ‘frustrated’. The section doesn’t use the word ‘frustrated’ as the term is derived from Ye Olde England, but if your lawyer ever mentions it, you now know he’s more likely referring to your contract and not your feelings.

How would I know if the contract is frustrated?

You enter into an agreement with a school van uncle named Encik Laju to fetch your kid to school for the entire year.

Here are a few conditions that – if satisfied – would make for a frustrated contract, so we’ll list them below with scenarios involving Encik Laju.

1. The performance of the contract must be impossible or unlawful.

Encik Laju realises that your agreement is not commercially viable because he can get more kids from another neighbourhood (more money), so he leaves your kid in the dust.

A contract does not automatically become frustrated just because it’s not commercially viable, so En. Laju cannot refuse to send your kid to school (break the agreement) just because he can earn more money elsewhere.

However, if Encik Laju loses a leg in a car accident and is unable to drive for the rest of his life, performance of the contract by him is impossible and therefore frustrated. On that note...

2. Impossibility or unlawfulness must happen AFTER the contract was formed.

On the first day of school, En. Laju doesn’t show up. You then find out that En. Laju lost a leg in an accident 5 years ago and hasn’t been able to drive since, something he didn’t tell you when you entered the arrangement.

So here’s the difference – if En. Laju got into the accident after the agreement, then it’s a ‘subsequent event’ that made the performance of the contract impossible.

However, if Encik Laju was already incapacitated and cannot carry out his duties as a driver even before you made the agreement, then the contract is NOT frustrated, and is more likely fraud or misrepresentation (Encik Laju claiming to be able to drive when he can’t drive) but that’s for another day. For more on misrepresentation:

[READ MORE: What can you do if you get cheated shopping online in Malaysia?]

3. The frustration must not be self-induced.

Encik Laju can’t pick your kid up because he sold off his van to finance his gambling debt.

En. Laju cannot claim that the contract is frustrated because he decided to sell off his van to pay off debt, as it’s a decision made on his own accord (self-induced). This would be different if En. Laju got into an accident whereby the van was completely totalled.

Another way to determine whether or not a contract is frustrated is by looking to the Federal Court case of Ramli bin Zakaria & Ors v Government of Malaysia [1982] 2 MLJ 257. The case basically said:

“... frustration occurs whenever the law recognises that without default of either party a contractual obligation has become incapable of being performed because the circumstances in which performance is called for would render it a thing radically different from that which was undertaken by the contract”

A large sinkhole suddenly appears on the only entry and exit route to your house. So now En. Laju has to make the perilous and time-consuming journey by foot with makeshift bridges over the sinkhole to take your kid from home to school.

En. Laju’s obligation can be said to be radically different from the simpler 2 kilometres pick-and-drop trip that was originally agreed to.

This is a subjective test though, so what is radically different would depend on the judge’s interpretation of the facts (the specific circumstances) of a particular case.

Ok, so now we have a frustrated contract. What happens next?

The void you’re looking for is found in Section 2(g) CA 1950, which says that a void contract is an agreement not enforceable by law. At this point, both parties are discharged from their contractual obligations. Discharge here means to be allowed to leave, to be let go, or in other words, to be free.

What happens to any money that you’ve already spent? Well, there are four possible solutions based on the circumstances:

If payments were made in advance

If you paid Encik Laju in advance for the whole school year and he loses his leg without having made a single trip to send your kid to school, he would have to refund the payment made to him.

For the sums paid before the time the contract became void, you and the other party have to refund everything paid or given in the contract. This is found in Section 66 CA 1950 (in part):

66. When an agreement is discovered to be void, or when a contract becomes void, any person who has received any advantage under the agreement or contract is bound to restore it, or to make compensation for it, to the person from whom he received it.
If payments were made in stages

If you paid Encik Laju on a monthly basis and he loses his leg 5 months into the school year, you don’t need to pay for the remaining months

Any amount that you’ve agreed to pay before the contract became void is no longer payable. In other words, you don’t need to continue payment for the remaining time stipulated in the contract. While Section 66 CA addresses this, Section 15(2) of the Civil Law Act 1956 (CLA 1956) also has a part that specifically addresses frustrated contracts in this regard:

15. (2) All sums paid or payable to any party in pursuance of the contract before the time when the parties were so discharged (in this Act referred to as “the time of discharge”) shall, in the case of sums so paid, be recoverable from him as money received by him for the use of the party by whom the sums were paid, and, in the case of sums so payable, cease to be payable:
If the other party already fulfilled a portion of the contract

If Encik Laju lost his leg 5 months into the school year, a reasonable sum should be paid to him for the 5 months service

You’ll still need to pay for things that cannot be restored or parts of the contract that was already fulfilled as you’ve already benefitted from them. In the example above, En. Laju cannot “unsend” your kid to school for 5 months, so it’s only fair that you pay him for that portion of the agreement.

In cases where calculating the amount is less straightforward, a court will decide on a reasonable amount. This is also stated in the proviso to Section 15(2) CLA 1956:

Provided that, if the party to whom the sums were so paid or payable incurred expenses before the time of discharge in, or for the purpose of, the performance of the contract, the Court may, if it considers if just to do so having regard to all the circumstances of the case, allow him to retain or, as the case may be, recover the whole or any part of the sums so paid or payable, not being an amount in excess of the expenses so incurred.
If you (or the other party) spent money in advance

You agreed to spend money building a driveway in your backyard because En. Laju didn’t want to make a big turn to pick your kid up from the front of the house. You may be able to claim this expense from him

Encik Laju agreed to build a special ramp in his van because your kid is in a wheelchair. He may be able to claim this expense from you.

Basically, any party who has spent some money in carrying out their contractual obligations can claim these expenses from the other side, if the court thinks it’s fair. This is found in Section 15(3) CLA 1956 (in part):

(3) Where any party to the contract has, by reason of anything done by any other party thereto in, or for the purpose of, the performance of the contract, obtained a valuable benefit ... before the time of the discharge, there shall be recoverable from him by the said other party such sum ...

Again, the court will usually decide on the amount but it won’t be more than what was actually spent.

But it’s really not that common…

Considering the conditions which need to be met, frustrated contracts actually don’t happen too often. This is because the law on frustration wants people to follow through on their promises and wants to prevent people from looking for an easy way out (i.e. saying that the contract cannot be carried out) when the promises become hard to follow through.

Frustration is only meant to cater to genuine events that make it impossible for those involved to carry out their obligations.

If this happens to you though, it makes good sense to deal with the other party outside of court first since it’s neither yours nor the other parties’ fault; either out of goodwill or to avoid lengthy court proceedings. Regardless, it’s always best to consult a lawyer first. 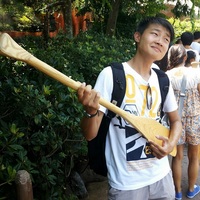