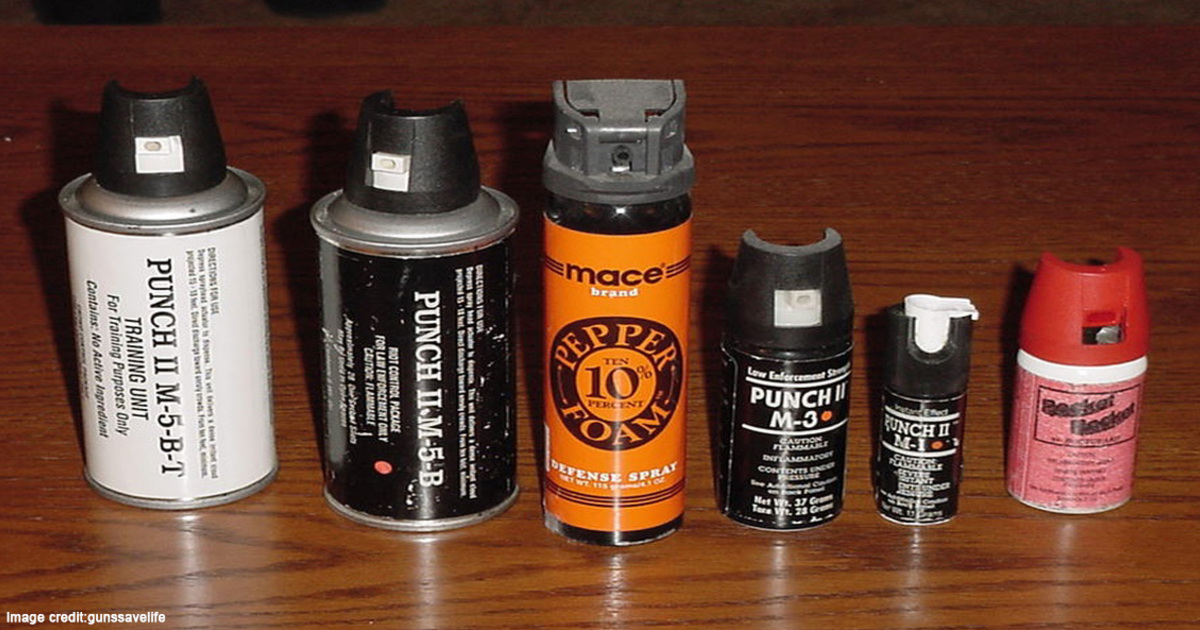 Are pepper sprays legal in Malaysia?

When Malaysians start seeing reports of crimes like snatch theft and robbery in places we frequently visit, the knee-jerk reaction is probably to find ways to protect ourselves. While it’s extreme to stay shut-in and not go out at all, it’s equally extreme (not to mention illegal) to carry a parang around for self-defence.

But what about pepper spray? It’s meant to disarm a potential attacker long enough for you to get away safely. It doesn’t cause any injuries, and generally isn’t a lethal weapon, so it should be okay to carry pepper spray around, right? On the other hand, having pepper spray widely available also makes it prone to misuse, such as with one cosplayer who sprayed pepper spray at his “pursuers” at an anime convention. It’s clear that the spray is powerful even in the wrong hands.

We get a lot of questions about whether pepper spray is legal in Malaysia. Whether or not they are legal depends on a few factors which we’ll look into below.

There are different types of pepper spray

Not all pepper sprays are created equal. The chemical composition of your pepper spray could decide whether it’s legal to carry around or not. The law in question here is the Corrosive and Explosive Substances and Offensive Weapons Act 1958 (CESOWA).

An “offensive weapon” is anything that could cause “hurt” when used as a weapon. The legal meaning of “hurt” is under the Penal Code’s Section 319:

“Whoever causes bodily pain, disease or infirmity to any person is said to cause hurt.”

Section 6(1) of the CESOWA makes it illegal to carry an offensive weapon in public without a lawful reason. Offenders can be imprisoned for 5-10 years, and be liable to whipping.

That being said, there are actually 3 main types of self-defence sprays out there, which you can check on the label and packaging.

This was a self-defence spray developed back in 1960s. Once known as “mace”, it was an effective irritant that caused stinging and tearing. The problem was that it doesn’t work very well on drunks, people on drugs, or people who are violent/insane - all people you’re more likely to use the spray on…

Besides the long chemical name, this is basically tear gas. It causes tearing and a burning sensation in the eyes, and makes your nose and mouth feel like they’re on fire. Those who have been gassed at protests are all too familiar with this experience. Tear gas also has the problem of being ineffective on people who are high, insane, or violent.

This one is the actual “pepper spray”. Upon being sprayed, you’ll start coughing and choking, feeling nauseous and get feel a strong burn. You might also become temporarily blind and have difficulty breathing. Pepper spray works on high, insane, and violent people - perfect for law enforcement and self-defence.

So, which sprays are legal?

Because pepper sprays all can cause “bodily pain”, this implies they are “offensive weapons” and are therefore illegal. But the law under Section 6 of the CESOWA also considers whether you were carrying it around for good reason. A pepper spray vendor has noted before that using pepper spray on a person other than for self-defence is a crime. He also says that owners of pepper spray have to register themselves with the police.

The PDRM’s website actually states that not just businesses that sell pepper spray need to be licensed, owners of pepper spray also need to register for a permit. This registration is required under the Arms Act 1960 because legally speaking, a pepper spray is an “arms”, which requires you to have a permit to own one (just like a gun!). The definition of an “arms” in Section 2 includes:

“...any weapon of whatever description designed or adapted or which can be adapted for the discharge of any noxious liquid, gas or other thing…”

[READ MORE - What other items can I carry for self-defence?]

The law on offensive weapons has been applied inconsistently at best, because some criminal cases involve people misusing pepper spray, but they were not charged with carrying a offensive weapon. On the other hand, the cosplayer we mentioned earlier was charged for carrying an offensive weapon in a public place. It might have been because he was also carrying a knife around, but the other thing is that one of his pepper sprays was a stronger one meant for use on bears - bear spray.

The capsaicinoid content (the stuff that causes the burning) in bear spray is much higher than the pepper spray meant for use against human attackers. And unless you’re someone who deals with bears, you probably don’t have a good reason to be carrying bear spray around - which makes it a crime for you to do so.

You can keep a pepper spray for safety, but for safety only

Safety is a concern for many Malaysians, but we still prefer not to break the law when taking care of ourselves. Pepper sprays are technically legal in Malaysia, but only when they are used for self-defence. If you want to own a pepper spray, It’s best to check with your district police station whether you should register your ownership to stay on the right side of the law.

Beyond that, you probably just want to make sure you don’t buy bear spray by mistake!