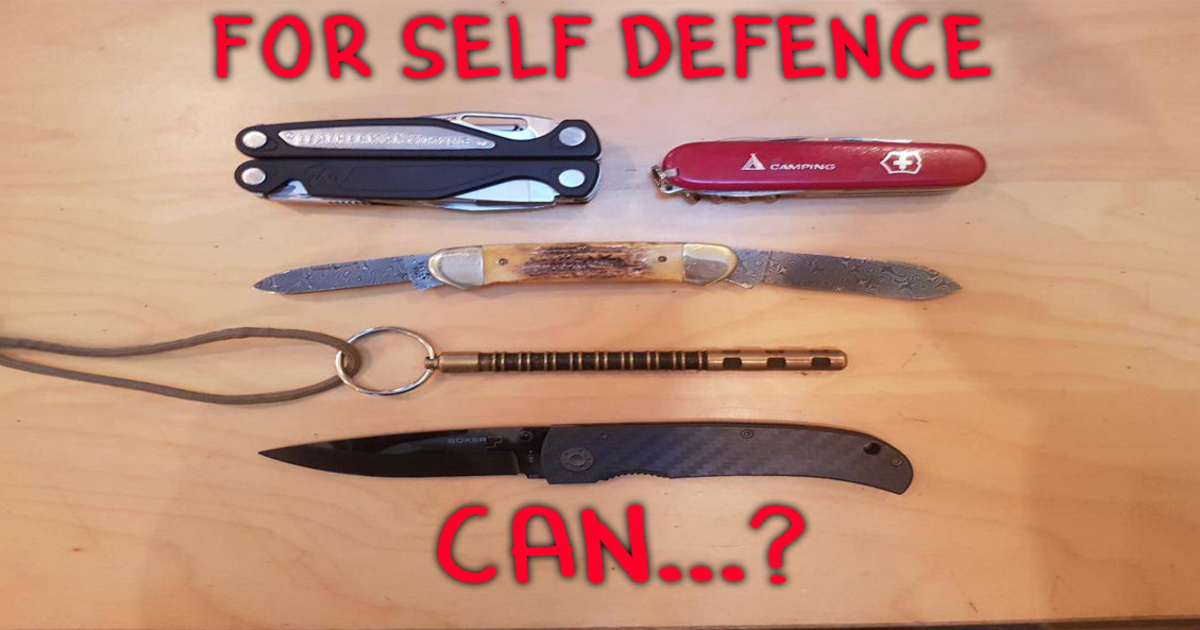 Can you legally carry weapons for self-defence in Malaysia?

Since a lot of us were young, we were given a bunch of advice to keep ourselves safe: “don’t follow strangers”, “don’t go out alone at night”, “stay away from dark alleys”... We might have even been taught to bring a weapon around in our cars - just in case, right?

If you’re reading this article, congratulations for staying alive so far...? The advice seems to have kept you safe and hopefully you never needed to defend yourself with a weapon. But what kind of weapons are we allowed to bring around anyway? Aren’t some of those illegal? Depending on why you were carrying knives, bats, or even guns around, you even might get in trouble with the law.

Here’s how to stay safe from both attackers and the law.

First, there’s a list of weapons that are 100% illegal

Let’s just get it straight from the start that guns are totally illegal unless you have a Carry and Use (C&U) license under the Arms Act 1960. Our friends at CILISOS wrote an article about how to get a license before, which you can find here.

We have our laws on illegal weapons under the Corrosive and Explosive Substances and Offensive Weapons Act 1958 (CESOWA). Other than having a mouthful of a name, this law gives us a list of weapons that we common citizens can’t carry around, mostly because they have only one purpose - to cause harm. The list is under the Second Schedule, which are in summary:

The list basically bans anything that doesn’t have a practical use other than to harm others. The punishment under Section 7(1) for carrying a scheduled weapon is 5 to 10 years of prison.

So are there any weapons that we can carry for self-defence? Well...

This is where the lines between legal and illegal start to blur a little. Section 6(1) of the CESOWA states that it is illegal to carry an offensive weapon in public without lawful authority or lawful purpose. As an offender you are liable for 5 to 10 years of prison, plus whipping. But what’s an offensive weapon anyway? Section 2 says that it’s:

“...any instrument which if used as a weapon of offence is likely to cause hurt”

Contrary to some rumours that go around, there is no law saying that a blade that is shorter than 3 inches is allowed. The wording of the law is broad enough to catch anything that might be intended as a weapon by crooks, but it doesn’t help us understand what is legal and what is not. If we really wanted, even a computer monitor can be used as a weapon.

But not to worry, because the main point which makes it clear is...

What are you going to use the “weapon” for?

The law states that you must be carrying the offensive weapon around with lawful authority or lawful purpose. So for you and I who want to carry something for self-defence, if we ever get stopped and searched, we need to show that we were carrying that metal baseball bat because we’re a baseball player, or we’re carrying that bokken (wooden katana) because we practice kendo.

What’s considered lawful? Section 6(3) tells us that being a member of the armed forces, the police force, a lawful visiting force to Malaysia, or any government servant who needs to have such a weapon has lawful authority. It’s also okay to have a weapon as part of your outfit for official or ceremonial occasions.

Other than that, you’ll need to have a valid reason to have an “offensive weapon”. For example, if your job involves having potentially dangerous tools around. If you have a knife set wrapped up in your car boot because you are a chef it is probably fine, but you may have a lot of explaining to do if you keep a cleaver underneath the driver’s seat.

So in the end can we carry something for protection?

Carrying a weapon around purely for self-defence is still technically a crime. This is because there is no exception for self-defence in the CESOWA. However, you may be less likely to be arrested for having a weapon around, say if your profession involves a risk of being attacked (like a lawyer), your job requires travelling late at night, or any other circumstance that might place you at risk.

There are stories out there like these on the Lowyat forums of people with weapons in their car being let go by the police after a few questions, but ultimately you should make sure that:

Consider the case of Kamarusham bin Zakaria v Public Prosecutor [2017], where Kamarusham was found by policemen under a bridge with a knife in Kelantan at about 11PM. He had already served 9 months in prison, but it was ruled that the law was meant to curb the use of weapons to commit serious crimes. It was still a crime to possess a dangerous weapon like that, but the judges let Kamarusham go on condition of good behaviour because the circumstances did not suggest he was going to use the knife for a crime. As the judge said:

“There were no such scenario as samurai swords found in the boot of the car he was assumed driving with few others inside, which could signify that he and the rest had just come back from a gang fight; or a blood stained parang, or long knife found on him…... albeit an unlawful possession was that the weapon which was just a small knife kept in his trousers pocket was more for self-protection.” - emphasis added by ASKLEGAL

Self-defence is okay – within the limits of the law

In the end, the takeaway is to make sure you don’t carry lethal weapons around if you’re not supposed to. While a parang looks right at home in a garden, we’d have a hard time explaining why we carry one in the backseat.

The police have the right to stop and search you if they find you under suspicious circumstances, so if you really need to carry something for self-defence, make sure that you have a lawful reason to do so. And if you ever have something legitimate to do with a parang, you should probably do it in broad daylight, and not under the cover of night.