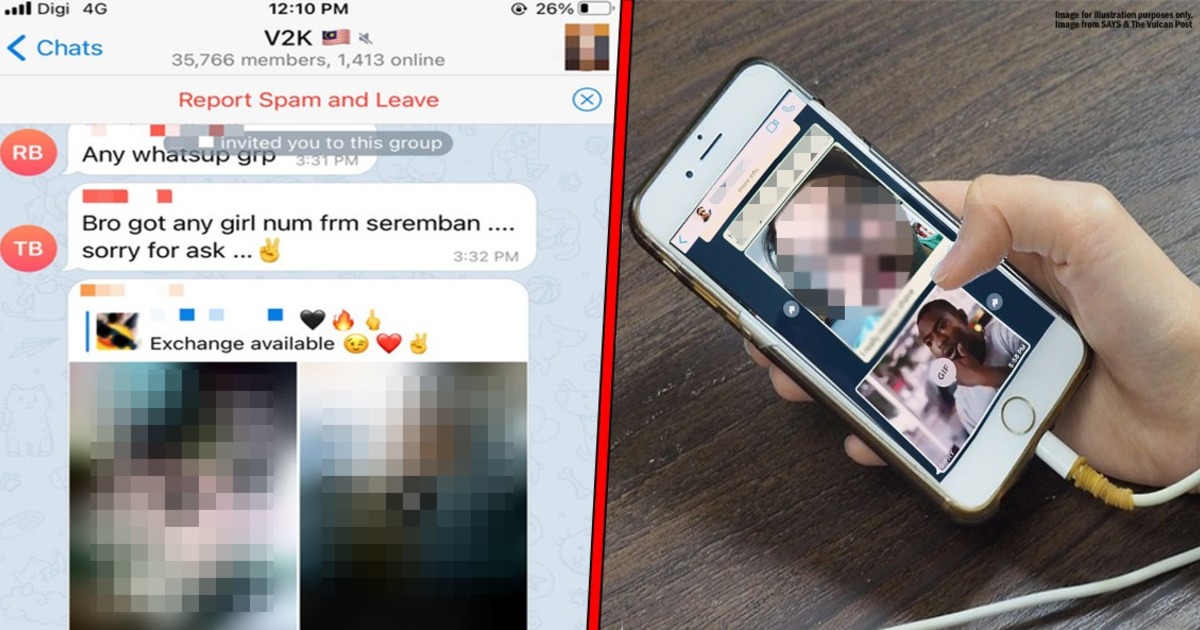 If your ex leaks your nudes, can you sue them under Malaysian law?

As Malaysians, public nudity—or nudity at all for that matter is a taboo and it isn’t something we encourage in our society. Since most of us are aware that there can be legal repercussions taken against someone who decides to ‘bare it all’, let’s briefly go through the difference between public nudity and private nudity first.

Public nudity is best explained with a story that happened sometime ago. A transgender woman was seen walking/dancing in the streets of Kuala Lumpur, naked. This sparked an outrage amongst the locals who saw and took pictures of the woman. The pictures then went viral on the internet which led to the police taking action over the case.

Private nudity on the other hand is when we send our lover(s) a naughty picture or two...and most of the time, we get away with it. Although we know this is somewhat illegal (but still do it anyway) perhaps it’s best to explain this by posing two situations.

1.When you send nudes on communication platforms, are you breaking the law?

If the authorities do come across it, you can end up in a lot of trouble. Posting any obscene pictures of yourself in general, is definitely a bad idea as it can be used against you as evidence in court. So if you do post a naughty picture or two as a private message on Whatsapp, or it was posted on your private social media account, you can still be charged under Section 292 of the Penal Code for distributing and possessing pornographic material. The Act states in part:

“Whoever— (a) sells, lets to hire, distributes, publicly exhibits or in any manner puts into circulation, or for purposes of sale, hire, distribution, public exhibition or circulation makes, produces or has in his possession any obscene book, pamphlet, paper, drawing, painting, representation or figure or any other obscene object whatsoever..shall be punished with imprisonment for a term which may extend to three years or with fine or with both..”

In other words, the Act covers both public and private exhibition of pictures which can lead to a jail sentence up to three years, a fine or both.

“(1) A person who—
(a) by means of any network facilities or network service or applications service knowingly—
(i) makes, creates or solicits; and
(ii) initiates the transmission of,
any comment, request, suggestion or other communication which is obscene, indecent, false, menacing or offensive in character with intent to annoy, abuse, threaten or harass another person…commits an offence”

The Act governs the improper use of network facilities or network service. So, if you do send lewd pictures on your social media page or think it’s okay to post a picture of yourself semi-nude just to show off your new tattoo...you can get charged under the Act which carries a fine not more than RM50,000.00 or a jail term of one year or both depending on the court’s discretion.

This means, sending nudes in the first place is an offence even if you merely sent it to your partner or posted it on your private social media account.

So this brings us to answer the second question...

2.What if your partner/ex-partner leaks your nudes?

Sending obscene pictures of yourself to your partner—who can potentially become your ex someday, is a risk as your pictures can be used against you. For instance, netizens were recently brought to attention to a Telegram group that is spreading women's photos without their consent.  The group better known as V2K shares pornographic videos and photos from different sources.

Now if you do come across a situation where lewd images of yourself are now circulating on the internet (or groups like this) and you want to block it immediately, the MCMC will block the images/videos from being accessed further by the public. You’ll have to lodge a report first in order for them to block it.

You can later initiate legal proceedings against your ex for posting these pictures. Anyone who leaks out nudes of another person can be charged under Section 292 of the Penal Code as well. The Act applies for both possession and distribution of pornographic material with a jail sentence up to three years, a fine or both if found guilty.

Further, your ex-partner who distributed the pornographic content (obscene pictures of you) can also be additionally charged under Section 211(1) of the Communications and Multimedia Act 1998 which states in part:

The Act carries a fine not more than RM50,000.00, sentenced to one year imprisonment or both for the prohibition or distribution of the offensive content. As much as the MCMC ensures the pictures are blocked from being accessed by the public, this does not mean it will be completely off the internet for good.

A good example would be of “The Fappening” that happened several years ago. If you’ve not heard of it, it was actually an event where a collection of almost 500 private nude pictures of various celebrities, mostly women, were posted on the internet due to a security issue on iCloud. This was a major invasion of personal privacy, and most of the pictures are still being circulated in the internet.

So how safe is safe when it comes to posting pictures on social media?

The best solution is through prevention

It’s always better to be safe than sorry. There are some measures that can be taken to prevent any mishaps from happening, and these apply whether you’re using an iOS or Android. You could try setting passwords to your phones for starters. However, there are ways to still go around it as it is not entirely secure.

Parents should also monitor their children’s activities on the internet. There are cases of children sending nudes to adults because they have been ‘groomed’ to do so. If you haven’t heard of ‘child grooming’ before, it is an act of abuse where a person builds an emotional connection to exploit a child in sexual ways. This can be done in person or even online.

Therefore, the Malaysian government passed the Sexual Offences Against Children Act 2017, where Section 12 in the Act makes it a crime for any adult to groom a child.  Additionally, the Government has now launched the child sex offenders registry with 3,000 paedophiles listed in the report to curb this offence towards children.

But when it comes to the issue of safety generally, perhaps the safest measure is to just avoid sending explicit pictures, because you never know who can get his/her hands on them. If you do come across a situation where your phone gets stolen or your personal information is being distributed by someone else (including photos) read this article for further information on how you can protect yourself.

[READ MORE: How to avoid identity theft if your phone gets lost or stolen in Malaysia]