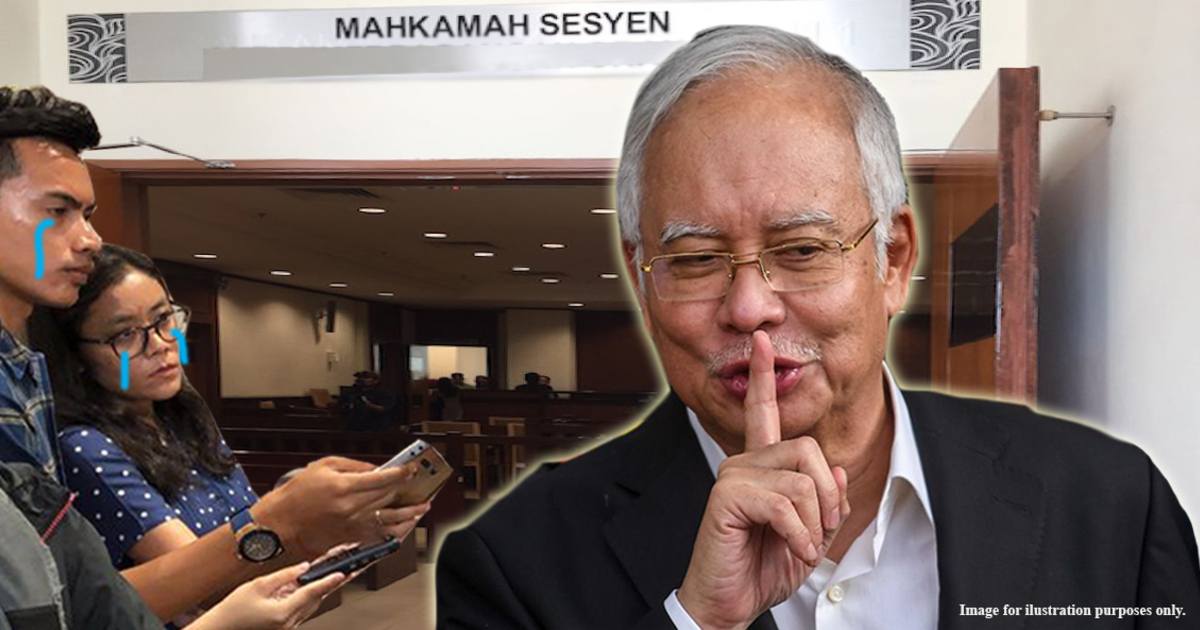 Najib's lawyers tried to stop the media from reporting his case. Here's why it failed

over 3 years ago Arjun

There are three current issues that are constantly being shared/discussed on social media at the moment – first in rank being the Avengers Endgame (You can start posting spoilers now), Game of Thrones and...the Najib trial. So, to give you an update with regards to his case, we actually came across his latest case report. If you’re wondering what a case report is, it’s actually NOT the same as a news report – which is what we see on social media or news pages everyday.

A case report is a document that explains a judgement in-depth or the specific arguments in a particular case. You can normally find case reports on a subscription engine called Lexis Nexis (but you’ll need to subscribe to it and it comes with a fee).

Since some of you may not have access to the case report in relation to the Najib Razak trial, we’ll briefly explain it to you here in this article. The report was concerning a gag order that Najib applied for at the start of his hearings. Now, some of you might remember the news about Najib not wanting the media and the general public to discuss the merits of his case. But on a separate note, there was also news that Najib wanted a live telecast of his money laundering trial. But what exactly did he mean with both the statements?

Najib wanted people to report on his trial...fairly

Najib was basically against all forms of reporting that was not speculative and he wanted the trial to be fair. Criminal courts in Malaysia have the power to give out fines, jail sentences, whipping and various other orders.

The power of the court comes from the Federal Constitution itself, specifically under Article 126, which allows the court to try someone for contempt. Here’s an example:

So, when Najib’s lawyers requested for the gag order, the court had to determine if they could do so in his case and prevent the media from reporting or discussing the ongoing case. You can see this in the application for the gag order itself that is stated as such:

“any person who shall publish and/or cause to be published in the media, to wit any broadcast and/or other communication in whatever form which is addressed to the public at large or any section thereof, any words, comments, discussions and/or statements, which would suggest, conclude or infer that Dato’ Sri Mohd Najib bin Hj Abd Razak has undertaken any of the acts outlined in the four (4) charges in the Proceedings, as annexed in annexure A hereof and/or is guilty of the offences outlined therein, shall be liable to being punished for contempt of this Honourable Court.” - Dato Sri Najib v PP

But take note that, Najib isn’t trying to stop all forms of news or media from reporting his case. In fact, his legal team told the court that they’re totally fine with an unbiased reporting of the case. In other words, they were okay with reports which did not speculate the outcome of the trial before he was proven to be innocent or guilty.

The judge also stated this in the beginning of the case:

“The accused said he was not against reports and articles which were fair, factually accurate, published contemporaneously and made in good faith” - Dato Sri Najib v PP

So now that we’ve cleared what Najib wants and does not want, let’s establish something else. At the end of the day, the media and public can report whatever they want, but the court will be decide on the judgement based on the merits of the case. But there is a reason behind why might have wanted the gag order is mostly because...


Jury and judges can be influenced by the media 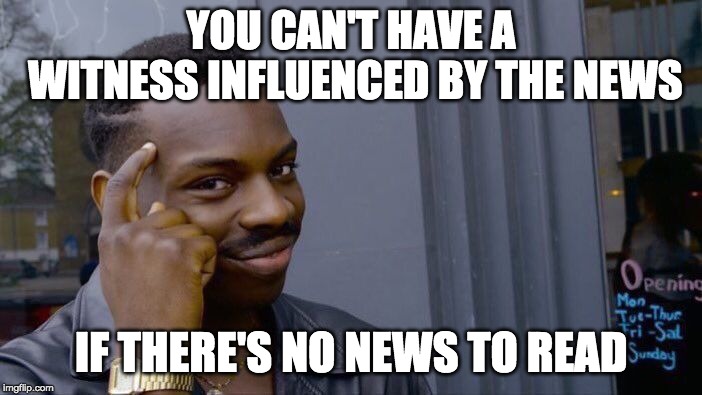 Consider this, it’s highly likely that an average Malaysian would follow up on the updates of Najib Razak’s case. But now, imagine if you were a witness in this high profiled case, and you come across news or speculations that may change your mind on the day of the case hearing.

So, the lawyers in Najib’s case worried that the witnesses might read an opinion piece about the case and that opinion piece could become a speculation on whether he’s guilty or not - and this in turn could influence the witness and what he says in court later:

“The accused contended, inter alia, that if there was unrestrained discussion in the media, including the social media, about the charges and the trial, there was a substantial risk that he would not have a fair trial as not only witnesses but the trial judge as well might be unconsciously affected by what they had seen, heard and read” – Dato Sri Najib v PP

In the US, there have been cases being thrown out due to media influences in the jury. In Malaysia, there was a time when we had the jury system too – a prominent case here is the Mona Fandey trial. However, it became the last of it’s time as there was too much influence on the jury from the media.

[READ HERE: Malaysian courts got rid of the jury system in 1995 because of a...bomoh??]

Due to this, Najib’s lawyers were concerned that either the witnesses or the judges could be potentially influenced based on the speculations and news. However in the end, the courts decided not to give Najib Razak the gag order that he wanted, but they did leave us with something important…

Despite Najib’s application for a gag order failing, his case can now be used as a reference for those who may need a gag order in the future.

Basically the court stated that if such an application were to be successful, they have to show media reporting/discussions, that would result in a risk of having a fair trial and that there was no other option to remedy that, other than getting a gag order:

“An applicant for such a gag order, however, had the burden of showing that the threat of a real and substantial risk of serious prejudice to the administration of justice was immediate, that no other alternative remedies were available to him and that the granting of a gag order was proportionate with reference to the competing interests of free speech and the risk of prejudice to a fair trial” - Dato Sri Najib v PP

So, as much as it’s important for the press be able to freely report on court cases, we have to remember one thing here…everybody deserves a right to a fair trial and Najib is still innocent until proven guilty. Speculations and fake allegations have the potential to jeopardize the trial, and therefore, a gag order can be allowed in some circumstances, and vary from a case to case basis.